Iceland has added melt-in-the-middle chocolate puddings to its vegan range.

According to a press release, the new No Moo Chocolate Melt in the Middle Puddings “are rich and spongy with an oozing chocolate centre and will ensure that all sweet-toothed shoppers can get their chocolate fix.”

The desserts join Iceland’s existing popular plant-based range, which consists of a variety of vegan meat products, including No Chick Chicken Strips, No Cheese Pizzas, and “cult favorite” the No Bull Burger. Iceland’s foray into vegan food all started with the latter, which was a big hit among consumers, inspiring the chain to add even more meat-free options to its freezers.

Neil Nugent, Iceland’s head chef and food development manager, said to the Guardian last year, “we had tremendous success with the No Bull Burger and it’s clear our customers want more from us.” 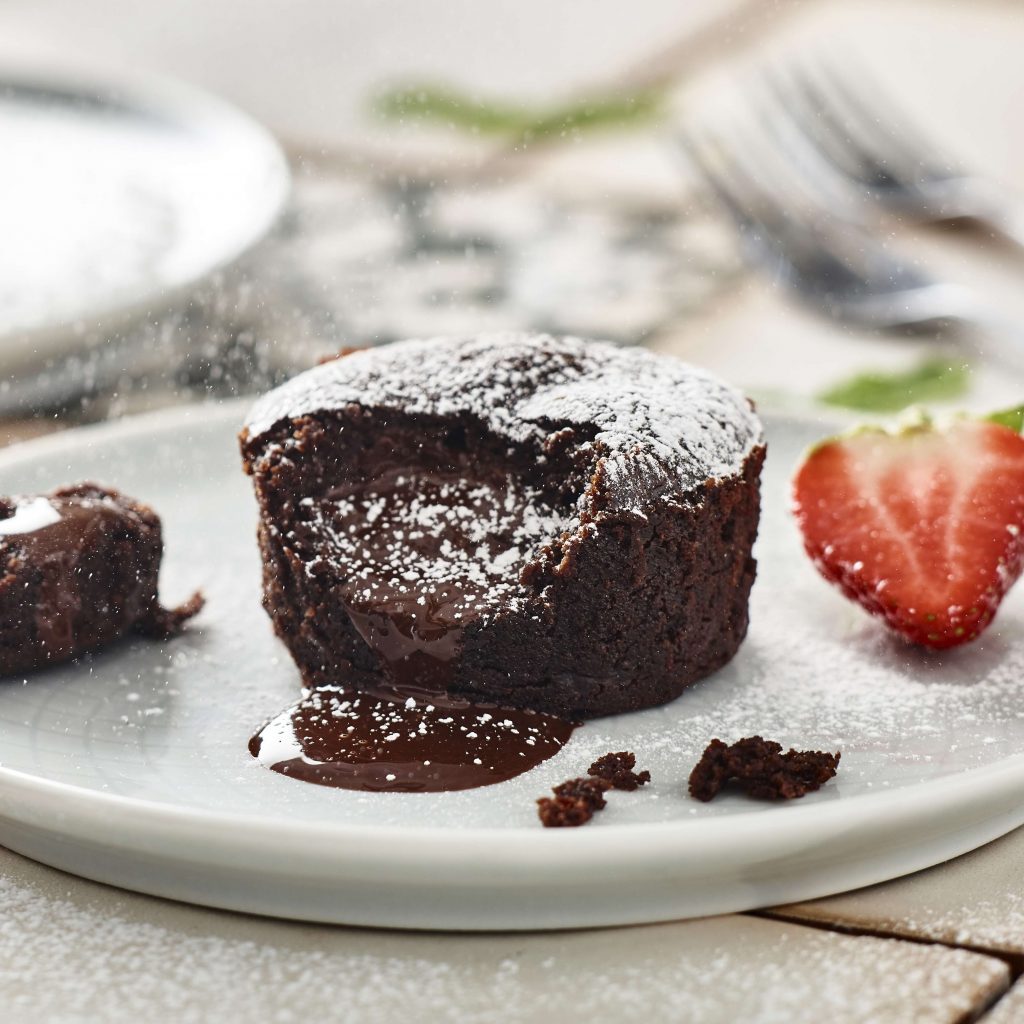 “In creating this range, we have embraced the nation’s love for alternative plant-based foods in an innovative and exciting way,” he continued. “The growth of the vegan food market in the UK has been rapid, with 56% of adults now saying that they are adopting vegan behaviour when conducting their supermarket shop.”

Iceland isn’t the only supermarket chain increasing its vegan options. In the last 12 months, Waitrose, Tesco, Sainsbury’s, Asda, and Morrison’s have all launched new plant-based products, as demand from consumers increases.

According to Sainsbury’s, 91 percent of consumers in the UK are now actively trying to reduce their meat consumption, for environmental, health, and ethical reasons. In response to this data, the chain has moved some of its vegan meat products into the meat counter in 20 stores across the country.

Tesco has also recognized a shift in consumer habits and has launched a number of new products in a bid to cater to rising demand.

“We are seeing a new kind of shopper – more conscious of their own health and the environment and perfectly happy to make dietary changes such as becoming vegan, vegetarian or flexitarian to achieve those aims,” said the chain’s director of plant-based innovation Derek Sarno.

Iceland’s new melt in the middle puddings will be available in-store and online from April 8.