The plant-based roast is made from wheat protein (also known as vital wheat gluten), lightly seasoned with herbs and onion. It comes with sweet tomato chutney with notes of apple and rosemary.

“We know our customers are becoming more interested in plant-based foods and we have seen increased demand for vegan and vegetarian options across our health food and ready-to-eat products,” a Coles spokesperson said in a statement sent to LIVEKINDLY.

According to Coles, its vegan holiday roast caters to the growing consumer demand for plant-based options. 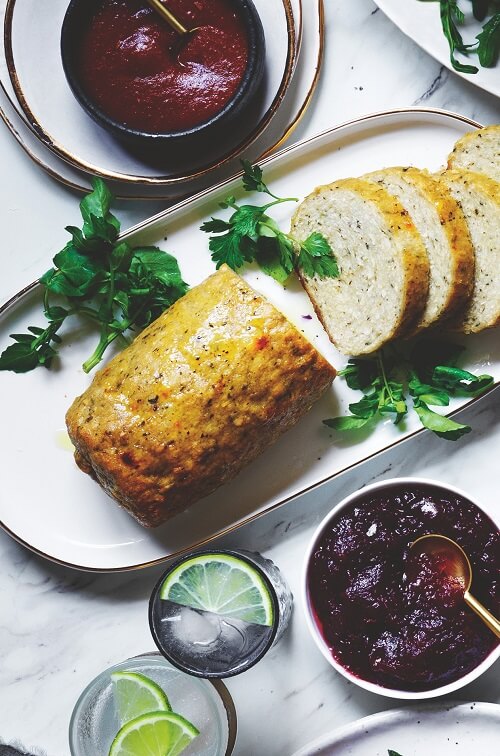 A vegan Christmas dinner has a considerably lower carbon footprint compared to a traditional meal. According to Humane Society International, an animal advocacy nonprofit, a meat-based holiday dinner emits more than double the greenhouse gas emissions compared to a vegan meal. A turkey roast with potatoes cooked in goose fat, pigs in blankets, meat stuffing, and meat gravy for a family of six is comparable to driving a petrol car for 78.5 miles.

Leading Australian supermarket Coles has steadily added to its vegan range over the past year. Last June, it added a realistic plant-based meat range, called The Alternative Meat Co., in more than 700 stores. In fall, it launched Herb & Sons, another next-generation vegan meat range said to look and cook like the real thing. Both ranges feature burgers, sausages, and mince.

Vegan meat is a huge opportunity for Australia, according to Food Frontier, a think tank for alternative protein. A report released last September found that plant-based meat generates $30 million for the Australian economy annually. Additionally, consumer expenditure may reach $3 billion by 2030 and generate more than 6,500 full-time jobs.

“We’re facing a multi-billion-dollar opportunity for Australia to become a global plant-protein powerhouse,” Food Frontier CEO Thomas King said in a statement. “And the great news is we already have the intellectual and infrastructure assets to seize it.”

King added that all aspects of manufacturing should work together in order grow the plant-based meat market, including support from the government and investors.

“The economic evidence is in, and Aussies are voting with their wallets,” King continued. “With the right political and economic will, Australia can fulfill its potential to build a globally competitive, multi-billion-dollar plant-based meat industry.”