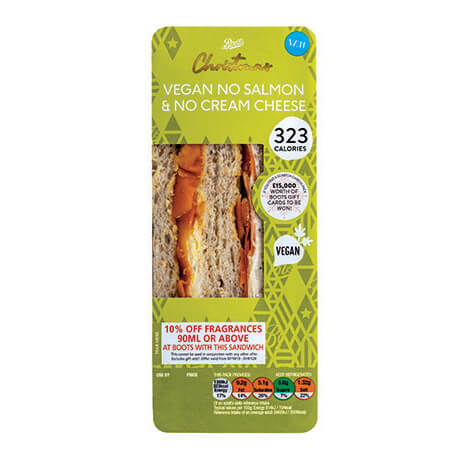 Up to 91 percent of Brits have “flexitarian” eating habits, referring to those who eat meat but make an active effort to consume more vegan and vegetarian food. Meanwhile, more than 3.5 million people in the UK follow a plant-based diet, Boots said earlier this year.

“There is no denying that veganism has taken the UK by storm, and with more vegan friendly options available in shops, cafes and restaurants it’s easier than ever to get involved in things like Veganuary,” Boots UK Vitamins Expert Parminder Kaur said in a statement at the time.

Other companies are also getting into the spirit of the festive season. Most of the UK’s major supermarkets have announced their Christmas options for this year, which include multiple vegan items. Aldi UK’s holiday range includes vegan duck, Sainsbury’s has vegan mushroom sausages wrapped in plant-based bacon, and Asda’s boasts a plant-based gold chocolate dessert.