Just in time for Halloween, Indie brand Loquita Bath and Body has debuted an interesting range of new bath bombs which could either be terrifying or adorable, depending on the sensitivity levels of our nervous system.

If tub-terrors aren’t making you fizz, this creative company has been previously known for their range of bath bombs inspired this time by not Halloween, (a Mexican-originating holiday), but Mexican food. 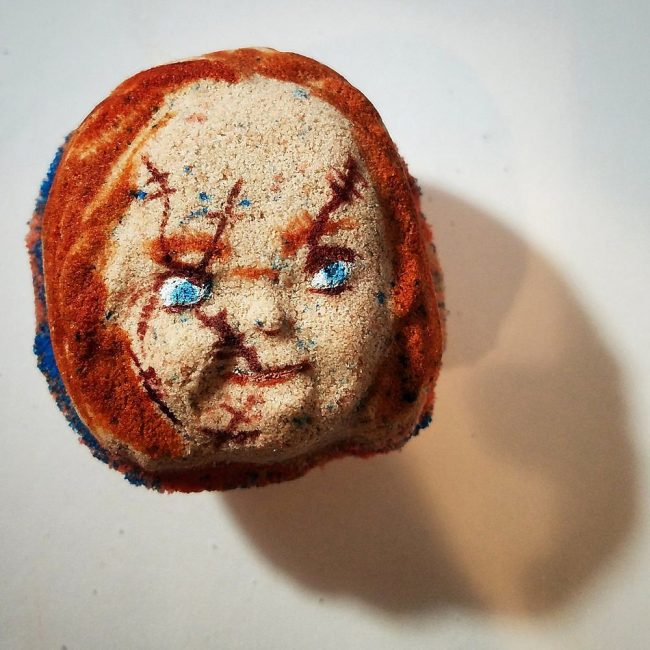 If you have ever wanted to pair your soak with horror movie-themed bath products, your dream (or nightmare) is now a reality. To get you in the mood for a sure-to-spook Halloween, these 90’s themed bath bombs are moulded into the faces of recognizable horrors which include the ‘Chucky’ doll from the film Child’s Play and a purple lip-shaped bomb that when dissolved reveals a toy scorpion (inspired by the final scene in Nancy Down’s cult thriller The Craft).

Founder of Loquita Bath and Body, Mira Perez, revealed that this new range of bath bombs will include an estimated 40 total products and every one, alike the rest of their products, is 100% vegan-friendly. Saying that, “I am a huge animal lover! To me, that is a huge reason to choose vegan and cruelty-free products.” 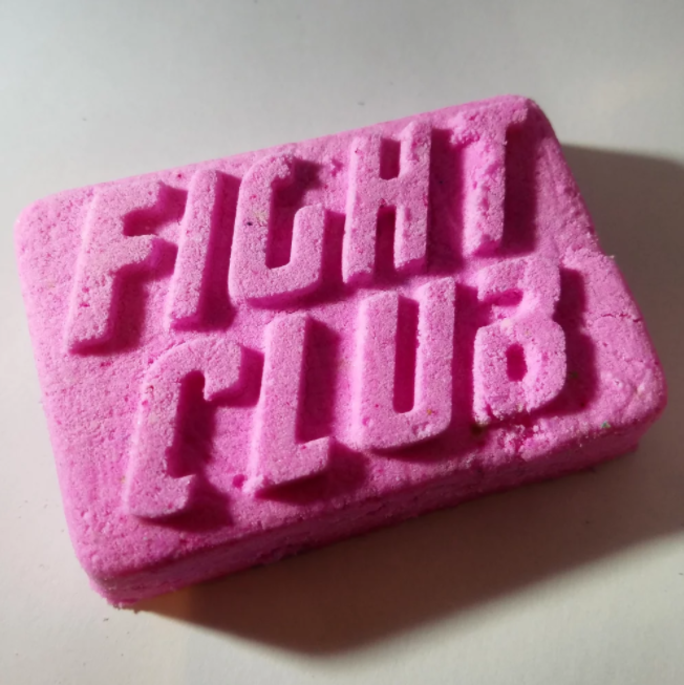 Another freaky fizzy is inspired by ‘Hello Clarice’ in the movie Hannibal. This intense scene will make your skin crawl. But don’t worry, you can wash off the chills with a warm, brain-bombed tub.

Thankfully, these aren’t the only  vegan-friendly cosmetics due to launch. Spectrum Cosmetics is releasing new make-up brush set with a Mean Girls theme and PÜR Cosmetics are releasing a My Little Pony cosmetics set, including magical rainbow brushes!

Are these horror-movie inspired bath bombs cute or has Halloween just gone too far? Let us know your thoughts in the comments.