Fred Distelhorst isn’t just your average 88 year old; he’s also one extremely inspiring, super fit man who just so happens to be vegan. Proving that age is just a number and defying a number of stigmas, Distelhorst may have just set the new world record as the oldest ever recorded person to climb one of Earth’s highest peaks, the mighty Mount Kilimanjaro!

At 19,341 feet high, this ascent is no small feat! How did this retired dentist scale this giant rock at the ripe age of 88? He credits his stellar fitness and physical ability to his vegan diet.

“I think I’m in pretty good shape even though I’m a little old guy.” – Fred Distelhorst. 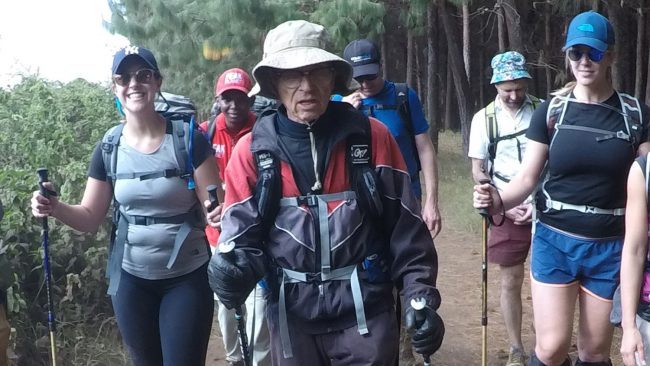 Alongside Ellen Edgerton, his granddaughter, aged 22 and the fundraising campaign she started: ‘Climb for Change’, this power-duo ascended Mount Kilimanjaro to raise funds for orphanages in Kenya that benefit children with AIDS.

Guinness World Records is in the process of verifying whether Distelhorst truly will receive the prestigious title of oldest recorded person to conquer Mount Kilimanjaro.