A Polish brand is aiming to make a healthier soda for all.

Called Vegan Cola, the bubbly beverage is sweetened with a mix of stevia and natural sugar and contains natural caffeine from green coffee beans. Global market research firm Mintel named the drink one of the most innovative products on the Polish market in 2017, highlighting its reduced sugar content and “natural” ingredients.

“A carbonated drink with a unique taste of cola and the addition of natural caffeine,” states the website. “The product doesn’t contain preservatives. As it’s sweetened with stevia, it has reduced calories amount and sugar content. Vegan Cola is a product for the people living in accordance and harmony with nature, willing to spend their free time in nature, away from the urban bustle, or using urban green areas for active leisure among the closest friends. Also for those who support environmental protection and helping the needy animals.”

The drink is made by Vitamizu, a Poland-based beverage company that aims to create drinks that appeal to the rising consumer demand for “better-for-you” products. Vitamizu also makes yerba mate, ginger soda, and a healthier version of Oranżada Wyborowa, a popular Polish carbonated drink from the ’70s and ’80s. 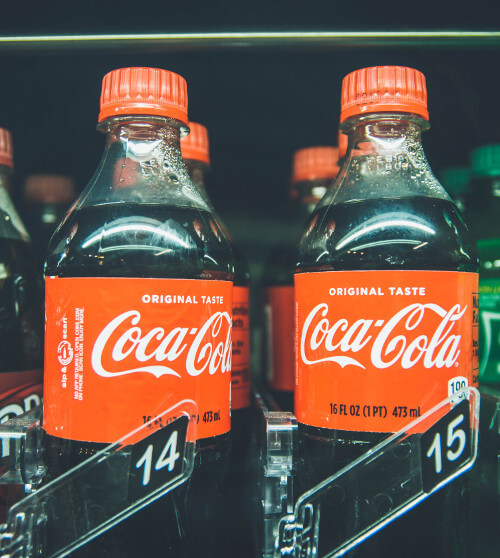 Many soft drinks are vegan, but some are not. According to Shape, certain brands may use ester gum, an ingredient used as a stabilizer or thickener in food products. In certain cases, it may be animal-derived. Coca-Cola, one of the most iconic soda brands, says that all of its sodas, including classic Coke, Diet Coke, Sprite, Barq’s, and Fanta are vegan.

There are a number of healthier vegan sodas on the market that use stevia, a plant-based, low-calorie sweetener derived from the stevia plant. American brand Virgil’s offers a range of sugar-free pop sweetened with stevia, including Cream Soda, Root Beer, Real Cola, and Dr. Better, a Dr. Pepper alternative.

Zevia, which makes classic colas, lemon-lime, cherry cola, and more, is a completely sugar-free brand that also uses stevia instead of conventional sugar.