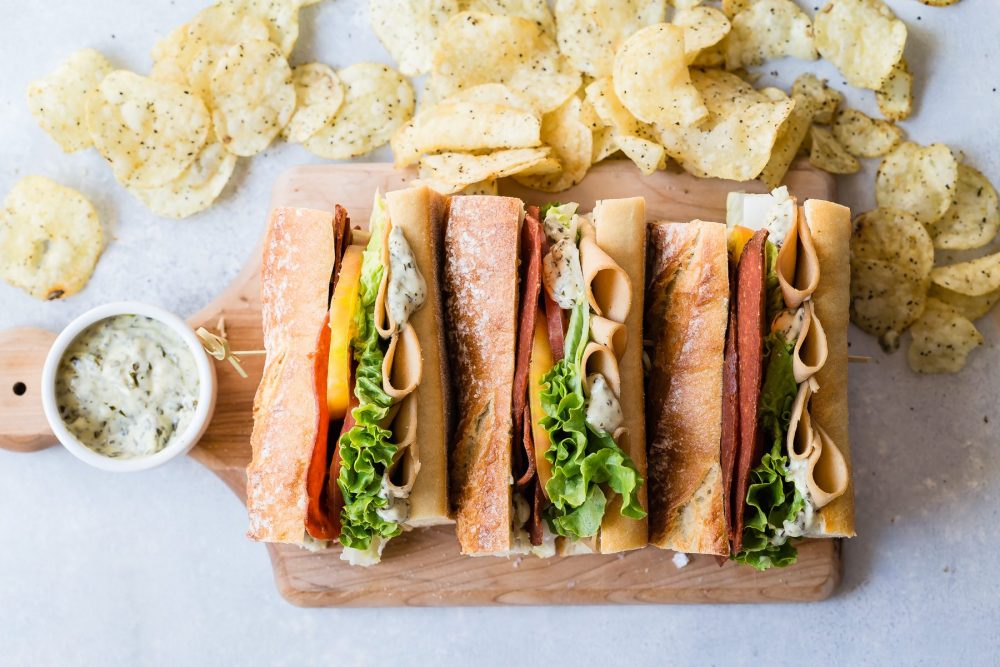 Chickpea and red pepper or white bean and kale? The flavour combinations of Lightlife’s new vegetable deli slices are making our mouths water!

Recently debuted, the veggie-formulated deli meats appear physically similar to traditional animal-derived cuts of deli meats so that consumers know exactly how to use these range of products. However, they still showcase the plant-based ingredients they are made from. Lightlife says that consumers should use these veggie meats in place of animal deli meats, including veggie deli slice sandwiches, in cobb salad or on crackers.

Director of marketing at Lightlife, Brad Lahrman has said “Our research shows us that people who are looking to eliminate or reduce animal protein from their diets are not always looking to replace the taste of animal protein. It seems to be split 50-50, which means you don’t always have to come up with something that tastes like a turkey or a ham. Sometimes, you can just celebrate the vegetables in the plant proteins that go into the product.”

This new range of veggie deli-meats creates a whole new realm of plant-based protein options, challenging the existing marketplace with products such as hummus, chickpea burgers, nuts and seeds or soybean based products.

“We wanted to create something that is unique to our category, but that was still familiar to consumers. Chickpea and red pepper is clearly a play on hummus, so it is a fusion between two unique things that may cause consumers to take a second look at our category,”

Lightlife is part of the ever growing industry that is threatening the future of the meat and dairy industry. At present for every dollar spent on deli meats, 17 cent goes towards plant-based deli options but the industry is currently growing 12% every year.

Defending Lightlife’s choice to call their products deli meat, Lahrman claims “We have every right to use the term ‘meat’. At Lightlife, it is a sin to call our products anything but meat. We look at ourselves as plant-based meat and Applegate as producing animal-based meat.”

Lightlife aims to be a major key player in the team of companies who are re-inventing the term ‘meat’, and they intend to replace the current products associated with that term with plant-based alternatives instead.

With the help of Maple Leaf Foods – Lightlife’s new parent company, “the future is looking bright.“

Better yet, Lightlife doesn’t only produce veggie flavoured deli slices, the company recognises that there is a market for mock meats that rival the taste and flavour of meat alongside a market in which plants are the star. Other plant-based alternatives include imitation meats such as Turkey, a range of frozen entrees, Teriyaki tempeh and Mediterranean Tempeh, a plant-based ‘ground beef’ and sweet potato shepherd’s pie.