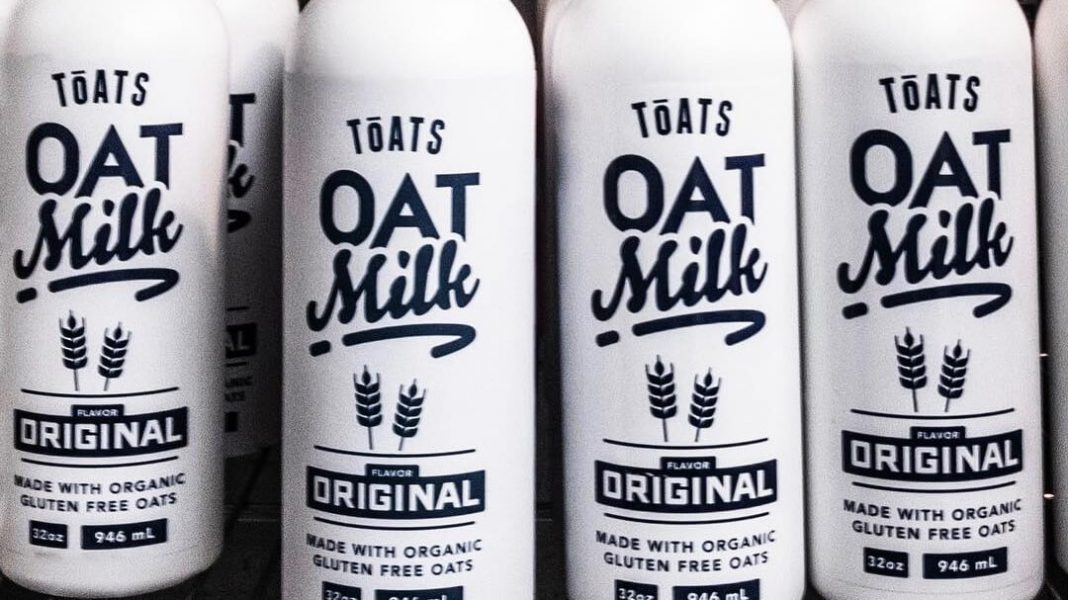 “Oats are a cover crop, they are easy to grow,” states the website. “Data shows that Oat Milk is the one of the most environmentally friendly dairy alternative milk beverages. Not to toot our own horn but we love the way Toats tastes too.”

Based in the foot of the Rocky Mountains, Toats uses locally-sourced Colorado oats and organic sweeteners and makes every batch by hand. Like the plant-based milk made by former dairy producer Elmhurst, it is free from gums and emulsifiers. According to the company, the vegan oat milk is ideal for use in coffee, frothy lattes, and smoothies.

Here at Nooch we strive to support local companies in growing and sharing their products with people. Tōats Oat Milk is a new addition to our local family and we’re excited to be the only shop (so far) to offer this great new plant based milk! Come pick up a bottle and cut dairy for good and shop local! #vegan #vegandairy #toatsoatmilk #nooch #noochveganmarket #vegandenver #cowmilkisforbabycows #plantbasedmilks

Almond milk has long held the title of America’s favorite non-dairy beverage, accounting for 64 percent of the market. But oat milk’s popularity with consumers has soared since Swedish brand Oatly launched in the U.S. market in 2016. Last year, reports of grocery store shortages and price scalping peppered the news.

Keen on capitalizing on the nation’s love for the new vegan milk, established American brands such as Danone-owned Silk, Quaker, Califia Farms, and Nestlé’s Coffee-Mate have all announced launches. Canadian brand Happy Planet and Planet Oat made by the $2 billion milk company HP Hood LLC, best known as “Hood” in the dairy aisle, also aim to capture consumer interests in oat milk.

Plant-based milk accounts for 15 percent of total fluid milk sales in the U.S., according to data from the Plant Based Food Association.

Last year, the vegan milk market was up 9 percent while dairy milk sales fell 6 percent. Researchers speculate that concern over heart disease and breast cancer may further drive sales of dairy-free milk, which is naturally cholesterol-free. Dairy’s sustainability may be another factor in driving sales. Regardless of diet, 50 percent of American consumers regularly purchase vegan milk.