Updated March 2020. American businessman Mark Cuban has been a regular on ABC’s reality series “Shark Tank”—where entrepreneurs pitch their business to a panel of investors—since 2011. Since then, the Dallas Mavericks owner has invested in big names such as Ten Thirty One Productions, Rugged Maniac Obstacle Race, and BeatBox Beverages. The new vegetarian has also gone in on a handful of vegan businesses during his time on the show.

Apart from the companies on the list below, there have been a few other vegan brands that have appeared on “Shark Tank.” These include the New York City-based vegan sushi chain Beyond Sushi, which netted $1.5 million in October 2018 from Lori Greiner and guest investor Matt Higgins. The latter is CEO of RSE Ventures, which owns stakes in restaurants such as David Chang’s Momofuku. The dairy-free cheese brand Heidi-Ho also secured $125,000 from Greiner in 2015.

Vegan customizable cinnamon bun chain Cinnaholic was founded by husband-and-wife team Shannon and Florian Radke. The couple first opened a Cinnaholic bakery in Downtown Berkeley, California in 2010, and appeared on a 2014 episode of Shark Tank. They accepted $200,000 investment for 40 percent of the company from Robert Herjavec to grow their business.

But not everyone takes the billionaire investor’s offers. Cuban and guest shark Rohan Oza offered vegan fried chicken startup Atlas Monroe $1 million with a 10 percent royalty for co-founders Deborah and Jonathan Torres. The pair declined the offer. “The fact you guys are even offering a million dollars lets me know you do understand what we are worth,” Deborah said. 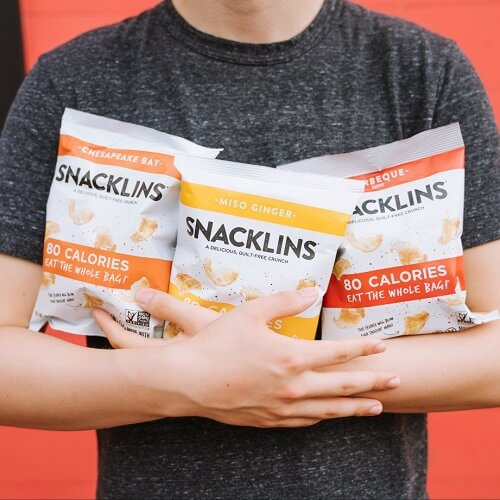 Cuban was impressed with these vegan pork rinds.

Vegan pork rind brand Snacklins makes savory crisps from mushrooms, yuca, and onions. Founder Samy Kobrosly, who appeared on an episode last October, told the sharks that the snack is made from “real ingredients that a six-year-old can pronounce.”

During his pitch, Kobrosly explained that he owns 30 percent of the company and he gave a 10 percent stake to every employee — a move that earned praise from Cuban. Angel investors and family members have a stake in the business as well.

While Snacklins are available in 850 stores, including major retailers such as Walmart, 7-Eleven, and Whole Foods, Kobrosly expressed that he can take his business to new heights.

“I think a strategic partner like you is what I set this up for,” Kobrosly told Cuban.

He continued, “I used to own 100 percent of nothing. I am living the American dream. I am a Muslim, first-generation American, who is now pitching a vegan pork rind on ‘Shark Tank.’”

He asked for a $250,000 investment in exchange for a 2.5 percent stake in the company.  Cuban offered Kobrosly $250,000 and a 5 percent stake and 5 percent in advisory stakes in order to grow his business, which the Snacklins founder accepted.

“All you need to know is that we literally go through boxes of Snacklins every month at my house, because they are low cal, taste great and have super clean ingredients,” Cuban said in a statement. He added, “My only regret is that I couldn’t buy more of the company. Snacklins are amazing.” 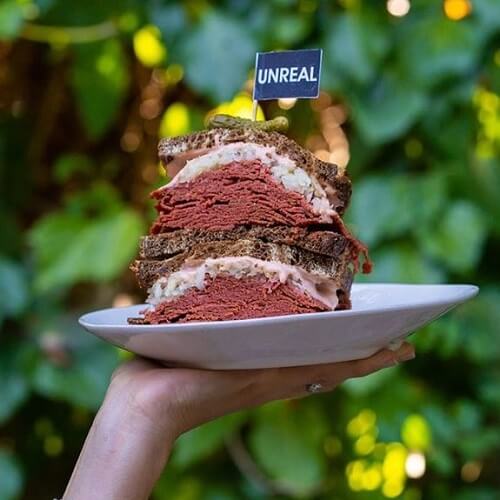 This vegan corned beef is Unreal.

The new company — only a few months old at the time of its appearance on “Shark Tank” — had already sold $10,000 worth of corned beef made from beets, chickpeas, tomatoes, and spices. It’s available at 54 Whole Foods Markets throughout California, Arizona, and Nevada. It’s also available at a handful of Los Angeles retailers, including Canter’s Deli, and is expected to make its east coast debut in spring 2020. The entire range of vegan corned beef recently launched online and sold $2,000 of product at $26 a pound within 24 hours. A deal with a mainstream restaurant chain will kick off next year. The business will rake in a projected $3 million in sales next year.

Goldfarb shared her backstory with the sharks. She went vegan five years ago after watching a video on animal cruelty, and sorely missed the food of her childhood. Her great-grandfather, who immigrated from Romania to New York City as a child, eventually owned several delis throughout the city.

Cuban found common ground with the entrepreneur and revealed that one of his relatives came to the United States from Romania. “For us to be sitting here on this stage today, it’s what our parents and grandparents did for us to get here,” Goldfarb told Cuban.

Goldfarb asked for $100,000 for 10 percent equity — she added that other investors had already expressed interest, but she wanted to work with a shark to help scale up her company. Cuban offered $250,000 for 20 percent equity, which Goldfarb accepted.

“This business is a cash cow,” she said. “We’re making cash and we’re saving the cows.” 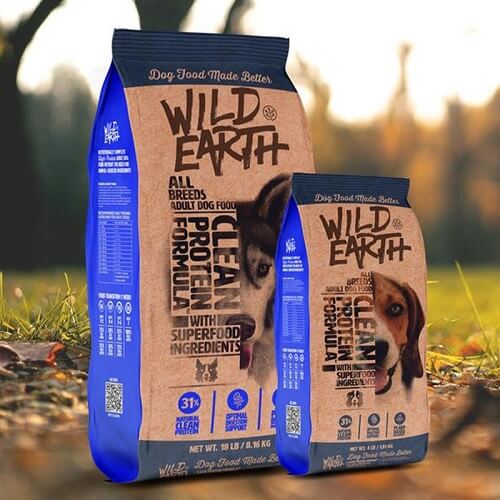 California-based vegan pet food startup Wild Earth appeared on an episode of “Shark Tank” last March. Led by CEO Ryan Bethencourt and “Chief Veterinary Officer” Ernie Ward, the pet food brand was founded by a small group of scientists in August 2017. The team believed that they could use technology to create a sustainable pet food. Using koji, a type of fungus used to ferment soy sauce in Japanese cuisine, they developed a line of treats called Protein Dog Snacks. Cuban was impressed with Wild Earth’s pitch and offered $550,000 for a 10 percent stake.

“There’s an enormous potential market for lower-cost, sustainable protein to feed the growing worldwide pet population and Wild Earth is now the alpha dog in this space,” said Cuban.

“The Sharks were understandably tough on me, and questioned the need to create healthier and more sustainable products for our pets, but Mark, the biggest Shark of them all, understood our mission and the massive opportunity best,” Bethencourt said following the episode.

Since appearing on Shark Tank, the Wild Earth team has opened an office space in Berkeley, California. It now makes three flavors of Protein Dog Snacks as well as Clean Protein Formula food for adult dogs. 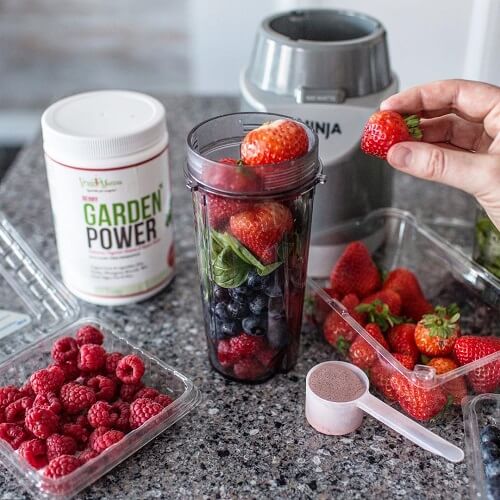 Veggie Mama co-founders and partners in marriage Theresa and Robert Frejo appeared on an October 2013 episode of “Shark Tank.” Initially, the couple struggled to impress the investors. At first, the brand offered frozen fruit-and-vegetable pops. Cuban dismissed this saying that he wasn’t a fan of frozen foods. Fellow shark Barbara Cocoran convinced Cuban to invest $75,000 for 20 percent equity in Veggie Mama. The company now makes vegan fruit and vegetable powders as well as plant-based protein powder. Its products are now available in stores nationwide and online. 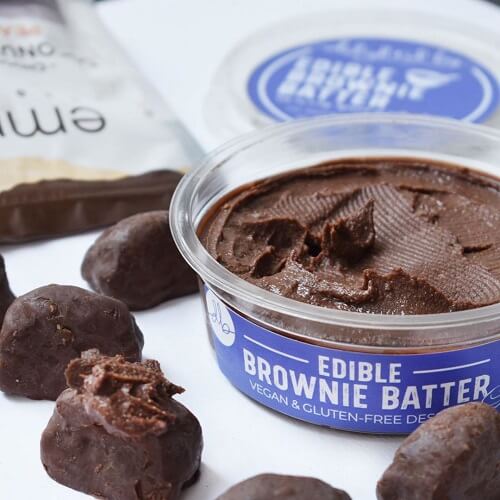 Delighted By Desserts, originally called Delighted By Hummus, is a line of dessert spreads made from chickpeas. The 100 percent vegan and gluten-free brand pitched the sharks in October 2017. They walked away with Cuban’s offer of $600,000 for a 25 percent stake. Founder Makenzie Marzluff said that after “Shark Tank,” her then two-year-old business was on its way to hitting the $5 million mark — and more retailers. The company makes a variety of flavors, such as Brownie Batter, Snickerdoodle, and Mint Chocolate Fudge. 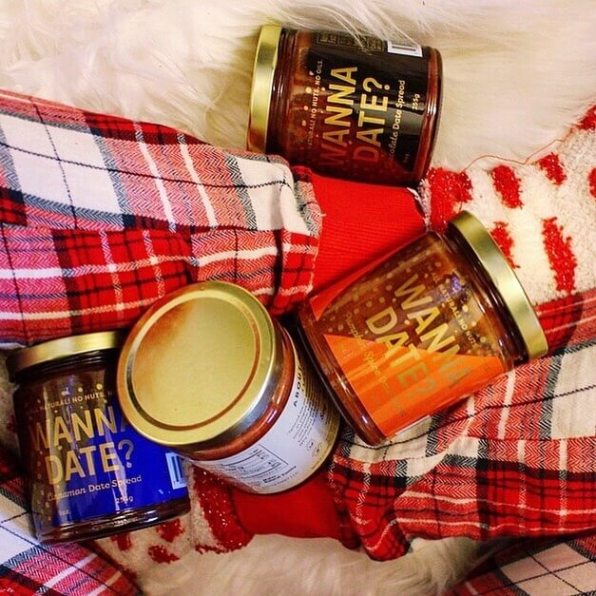 In January, New York City-based startup Wanna Date? appeared on Shark Tank. The company sells a variety of date spreads, available in different flavors including cinnamon, pumpkin spice, and chocolate. All the spreads are vegan, dairy-free, gluten-free, and naturally sweet. After approximately 10 months of business, Wanna Date? made $31,000 in sales. Cuban invested $100,000 in the company in exchange for 33 percent and certain changes to the business. Melissa Bartow, the founder of Wanna Date?, agreed to make the product smaller, cheaper, and to add a plain date flavor in exchange for the deal.