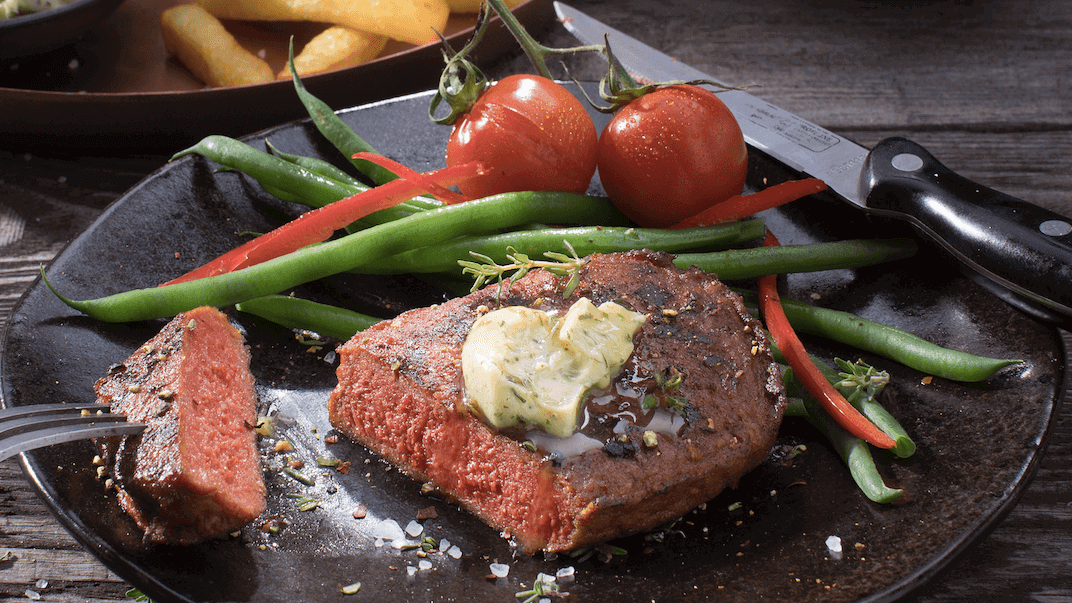 Vegan company Vivera has announced it will boost output of its plant-based steaks to 100,000 units per week, with the upscale in production beginning next week.

“Further upscaling is on its way,” said Gert Jan Gombert, the company’s commercial manager. Adding that he hopes the increase will solve most of Vivera’s current supply chain issues.“We apologize for the empty shelves, we just could not keep up with the high rotations (sometimes>100/per shop/week!). Better availability is on its way!” he added.

The brand’s iconic steak product is the first of its kind to be available for everyday purchase in stores — the meat-free item first appeared in Tesco, the UK’s leading supermarket chain, in more than 400 locations in May.

Since its debut, the plant-based steak has proved popular. According to Gombert, the products were “flying off the shelves at Tesco” with Vivera’s first shipment of 40,000 items selling out almost immediately. “The consumers in England are almost without exception very enthusiastic about the taste and texture of the steak,” said Gombert.

All the new @vivavivera range at Tesco completely sold out. Suppose that’s a good thing? #noneforme

The product wasn’t designed just for vegans, Gombert explained. “A large group of vegetarians, vegans and flexitarians has been very interested in such a product for years,” he said, adding that “a large group of consumers can enjoy this very tasty plant-based product.”

Gombert assures that the experience of eating a Vivera steak barely differs from that of a conventional meat product; the look, texture, and smell is said to closely replicate that of an animal-sourced steak.

An infographic shared on the brand’s Facebook page expressed “why eating a 100% plant-based steak is a good idea,” nodding toward the product’s ethical, environmental, and health benefits. Vivera outlined ecological concerns associated with meat production, including biodiversity loss and land use. It also mentioned the links between plant-based eating and lowered cholesterol, lowered blood pressure, and a reduced risk of heart disease and cancers. The infographic also stated that avoiding animal products leads to a 78 percent lowered risk of diabetes.