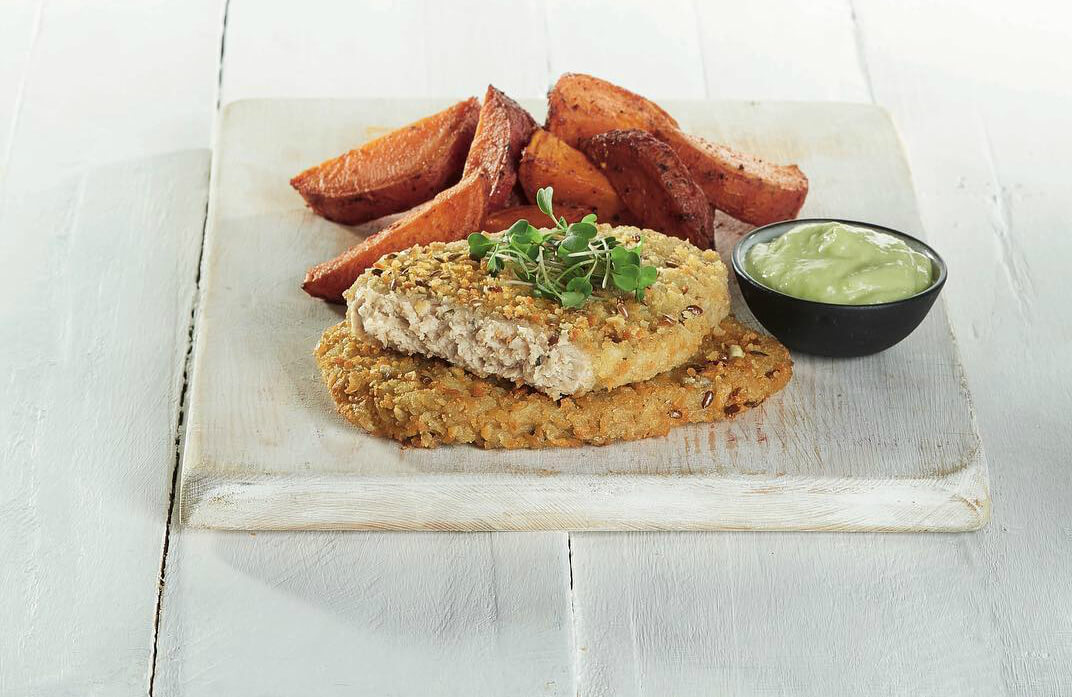 Competing against a whopping 2304 other entries, Fry’s Family Food Co. has announced that its Flaxseed Schnitzel has won a much sought after accolade.

Anuga Food Tec has awarded Fry’s the Innovation Award this year for their completely vegan schnitzel. The soy-based product is popular not only for its taste but also due to the high vitamin and mineral content present.

Many people are concerned about getting Omega-3s on a plant-based diet as they are an essential fatty acid that cannot be made by the body. Fry’s inclusion of flaxseeds in the recipe makes it easy for families to get the nutrients they need from easy to prepare products. In addition to omegas, the schnitzel is also ‘a source of protein, fibre, and vitamin B12 as well as being high in iron.’

All of Fry’s products are suitable for vegans and their focus is on plant-based family food.

Fry’s award shows not only that vegan foods are being considered in mainstream channels, but also proves the power of plants when it comes to getting the nutrition your body needs to thrive.