You can now buy “Cornish” vegan meat pasties from Waitrose.

According to the supermarket chain’s website, the D-shaped puff-pastry wrapped pasty — filled with seasoned root vegetables and soy mince — is authentically made in Cornwall.

Although they can be served with a variety of ingredients, traditional Cornish pasty recipes often call for beef, swede, potatoes, and onion.

Waitrose isn’t the only UK chain to begin offering vegan pasties. Earlier this month, Morrison’s launched its own version. Just like Waitrose, the chain’s vegan pasty contains plant-based mince, as well as the traditional potato, swede, and onion mix.

According to Morrisons’ pasty buyer Steve Halford, the chain started offering the vegan option in response to customer demand. “Some of our customers want to cut down on their red meat intake,” he said in a statement. “So we wanted to offer a pasty that’s meat-free and as delicious as the original.” 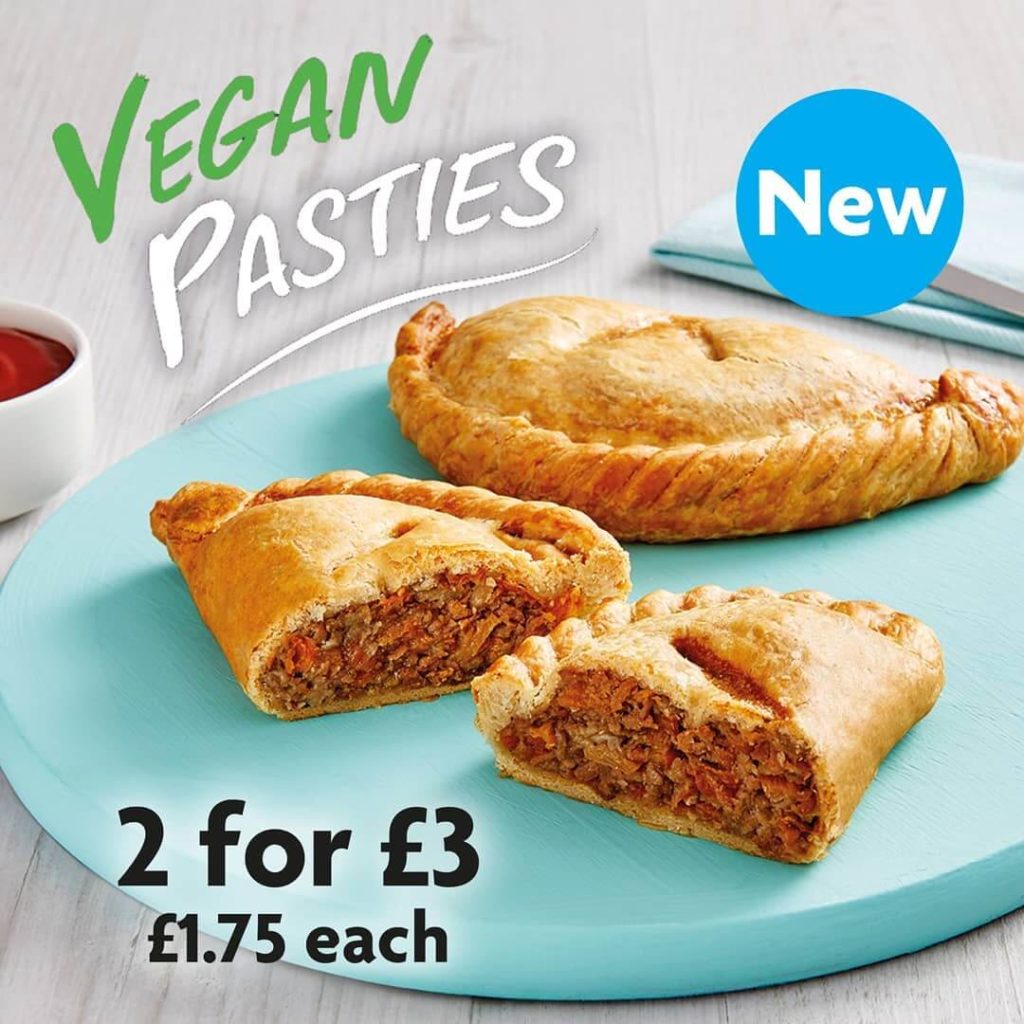 Ginsters’ managing director Kieran Hemsworth said at the time, “we were delighted by the popularity of our Moroccan Vegetable Pasty, which won a Gold Award at this year’s British Pie Awards.”

He continued, “we’re really excited to be able to update our recipe into a vegan-friendly edition, whilst maintaining that incredible flavor. Within our range of products, we aim to provide options to suit everyone’s taste preferences.”

The new meat-free pasty joins a range of vegan food options on the shelves at Waitrose. In 2018, it debuted 40 new vegan and vegetarian products. Between June and October, the chain’s sales of meatless products increased to 85 percent from 34 percent.

Chloe Graves — a buyer for chilled vegetarian and vegan products at Waitrose — said in a statement, “the growing appetite for meat-free dishes has been reflected throughout the year with rising sales of vegan and vegetarian products, as well as the introduction of exciting and innovative new products to the foodie market.”