Costco just got more plant-based options. You can now snag Beyond Meat’s vegan meatballs from select U.S. locations of the wholesale warehouse club.

This is the first time that customers can buy the new Beyond Meatballs from a club store.

Made with peas and brown rice, the non-GMO gluten-free meatballs feature 19 grams of plant-based protein. They contain 30 percent less saturated fat and sodium compared to a leading brand of animal-based meatballs.

The meatless balls are also free from cholesterol, antibiotics, and hormones.

“We’re thrilled to introduce Beyond Meatballs as they deliver on consumers’ growing demand for delicious and nutritious plant-based meat options without GMOs or synthetic ingredients,” Stuart Kronauge, Chief Marketing Officer at Beyond Meat, said in a statement.

He added: “We are proud to introduce our newest innovation at retailers nationwide and know our fans will be excited about the great taste and convenience of Beyond Meatballs.” 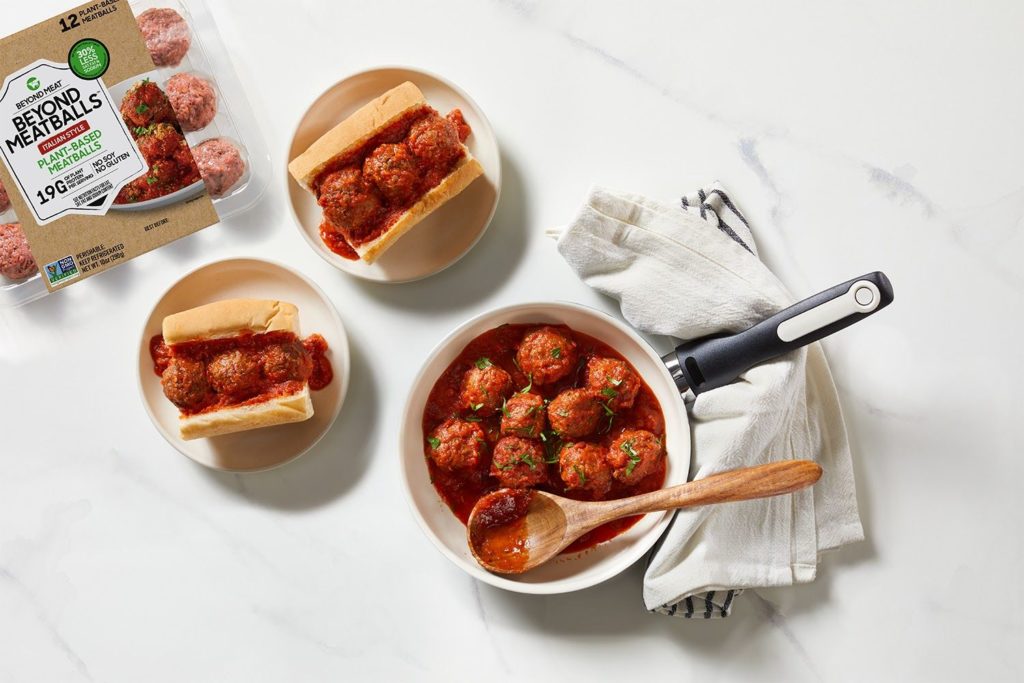 The new vegan meatballs are free of antibiotics and hormones. | Beyond Meat

After becoming the first vegan meat brand to IPO in 2018, Beyond Meat has its eyes set on a global takeover.

Its plant-based products are now sold in approximately 122,000 retail and foodservice outlets, in more than 80 different countries around the world.

In April, the California-based food tech company made its debut in mainland China at more than 3,300 Starbucks as part of Starbucks China’s “GOOD GOOD” menu. Beyond Meat also partnered with Yum! Brand Foods—the parent company of Taco Bell, Pizza Hut, and KFC. The company trialed its vegan meat products at select locations of each fast-food chain.

In order to broaden its global reach, Beyond Meat has announced plans to open a major production facility in China. In September, it signed an agreement to build two production plants around Shanghai. The company expects the facilities, which will produce plant-based pork, beef, and chicken, to open at full capacity by early next year.

Beyond Meatballs are available at Costco at a suggested retail price of $9.99 for 24 meatballs.