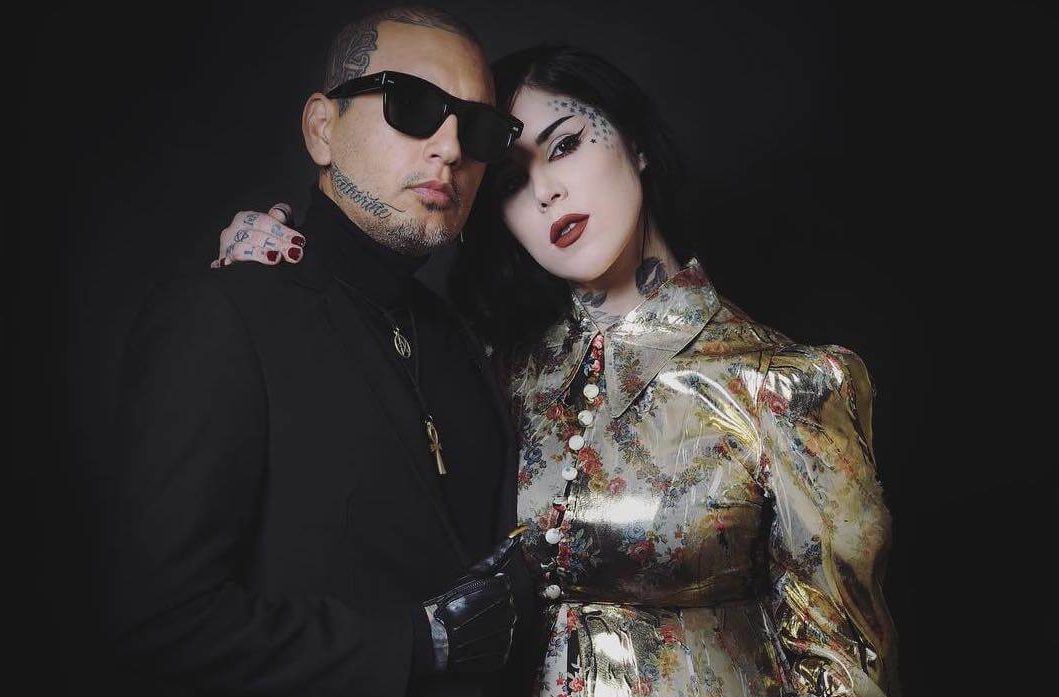 “Meet our beautiful baby boy,” Von D wrote in the post, which shows a picture of Seyer holding the newborn outside.

Von D goes on to thank her fans and says the couple will be quiet on social over the next forty days, the newborn period often referred to as “the fourth trimester.”

Meet our beautiful baby boy, Leafar Von D Reyes. Thank you to all our beloved friends+family, fans+followers for your patience in us announcing his long awaited arrival! To be honest, my husband @prayers and I want to take the next 40 days [the 4th trimester] to focus on the baby and our amazing relationship transitioning into amazing parenthood – so, please excuse us if we’re not on here as much for a little while. Just know we love you all and thank you for all the words of love+support! ?

The couple announced their marriage back in February. “Today, I married my soul’s mate, my mind’s twin, my best friend,” Von D said of the marriage. They announced their pregnancy in May.

Von D has become an outspoken animal rights activist in recent years. She transitioned her popular makeup line to fully vegan in 2016, and frequently lends her voice to various animal rights causes and organizations. Her vegan shoe line, Von D Shoes, is expected to launch in November.

whats above love? My Wife and my son are. ??? It might not look like it on the outside but on the inside I’m the happiest I’ve ever been in my life! This year has given me so much to be happy and grateful for. I love you so much kitty I’ve never seen anyone fight for anything the way you fought to bring our son into this world. Magick is real and so is my love for you @thekatvond ???

Von D and Seyer join the growing number of parents raising children on a predominantly or strictly vegan diet. Actress Ellen Pompeo recently announced she had transitioned her entire family to a vegan diet after a doctor’s urging. Alicia Silverstone is raising her son Bear on a vegan diet. Actress Natalie Portman keeps a vegan home, and most recently, Kate Winslet revealed that her home is focused on plant-based cooking as she’s vegetarian and her husband recently transitioned to a fully vegan diet. Director of the 2005 animal rights film “Earthlings“, Shaun Monson and his partner Amy Jean Davis announced their pregnancy recently as well.

According to several research studies, there’s no risk to mother or child on a well-balanced vegan diet during pregnancy or nursing. And a growing body of evidence shows the benefits of raising children on a vegan diet as well.