It’s all thanks to a partnership between vegan sushi brand Ima and Eat 17, a convenience store chain with a franchise agreement with Spar. It has locations in Hackney, Walthamstow, Hammersmith, and Bishop’s Stortford.

Founded by a father-daughter duo, Ima is on a mission to make sushi sustainable. “Back when sushi was created, sustainability issues such as overfishing were not a topic of discussion,” co-founder Jessica Chan told Food Navigator earlier this year.

“They are now, so we create sushi that is suitable for the present climate – the ‘now’ – for the conscious consumer, in the modern world,” she added.

All of its packaging is sustainable, too. It’s the first sushi company in the UK to use 100 percent biodegradable trays.

“We’re friends of the ocean,” says the company. “It makes sense for us at Ima, because sushi comes from the ocean but plastic sushi containers and soy sauce tubs are polluting the ocean. We want to change this.” 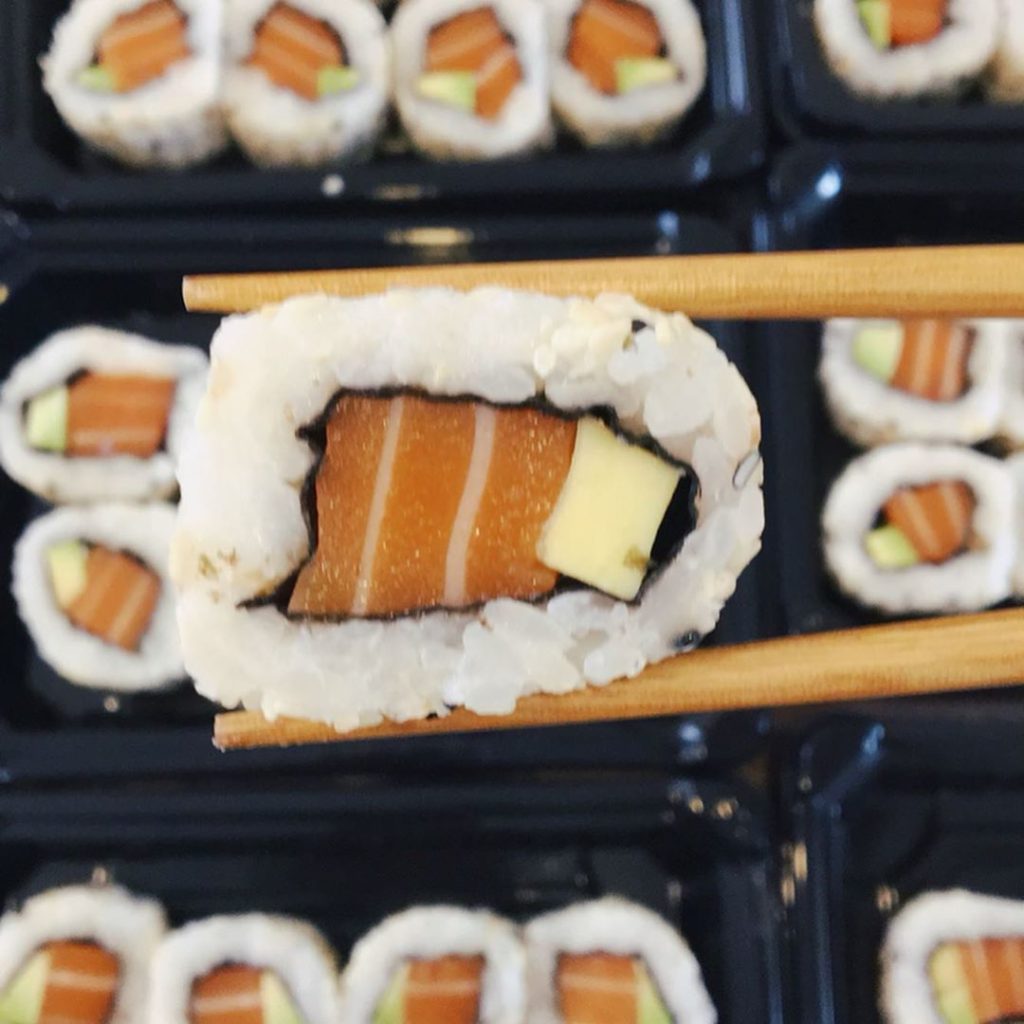 The seafood industry is harmful to the oceans. Fishing gear is responsible for nearly half of all marine plastic pollution. Leftover fishing nets often float dangerously into the path of unsuspecting creatures, such as whales and dolphins.

According to the World Wildlife Fund, “entanglement in fishing gear is the leading threat for whales and dolphins around the globe — estimated to cause at least 300,000 deaths per year.”

Bycatch is also a major issue. This is when whales and other sea creatures are caught up in fishing hauls accidentally.