AMT Coffee has more than 50 locations across the UK and Ireland, most of which are located in airports, hospitals, and train stations. It was the first national coffee company in the UK to use 100 percent bio-compostable cups and lids and 100 percent fairtrade coffee. It was named the most ethical coffee chain in 2011.

Its latest effort to be more sustainable and ethical is the introduction of its new plant-based products. AMT Coffee now offers vegan chickpea and kale pies, apricot croissants, and meat-free sausage rolls. The vegan sausage rolls, which feature soy-based meat, tap into the UK’s obsession with the snack, sparked by bakery chain Greggs’ launch of a vegan sausage roll earlier this year. When the bakery chain introduced a vegan version of its classic snack, the item sold out across the UK and helped Greggs top £1 billion in sales. 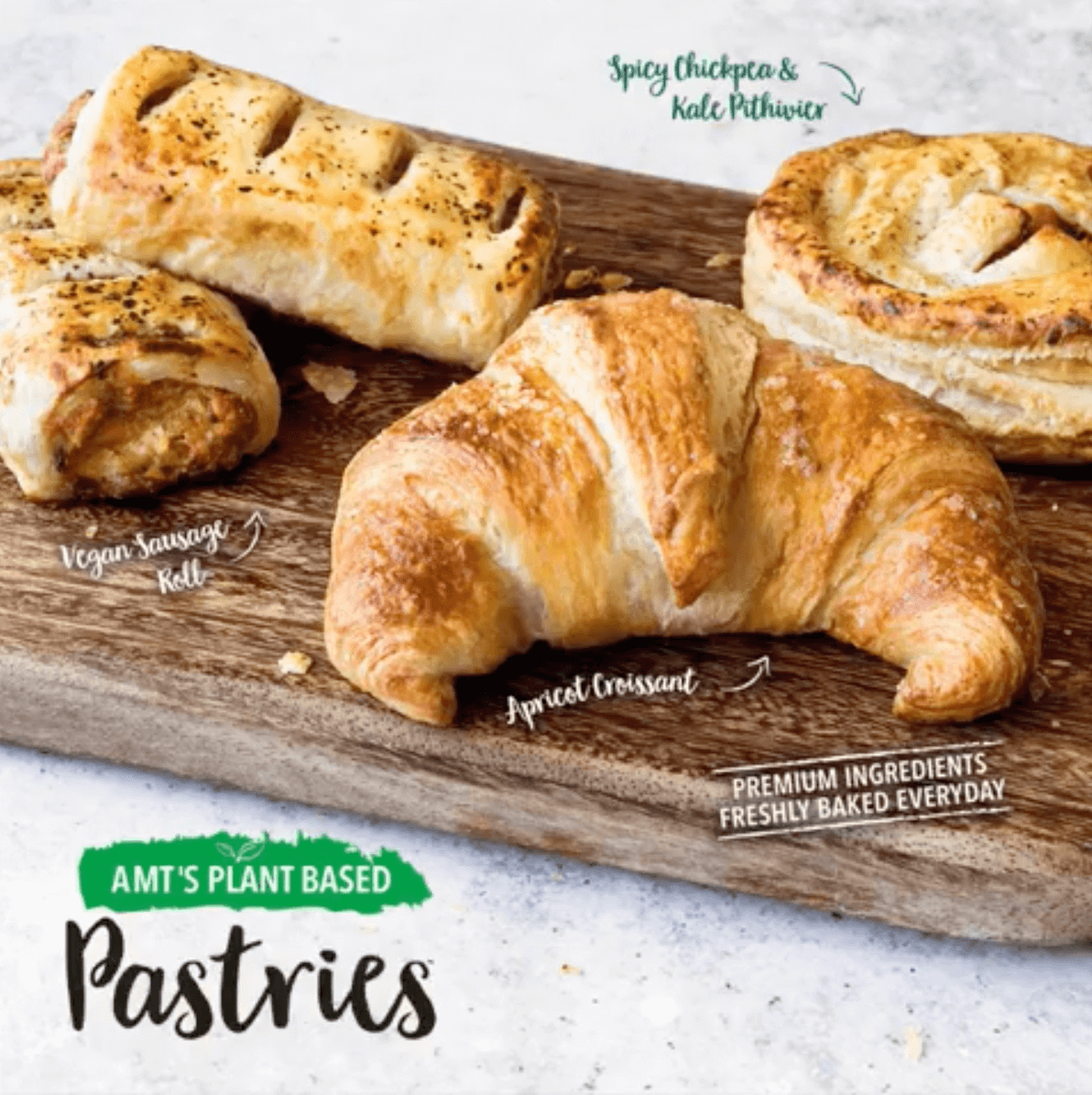 The new products were inspired by demand. “You were asking and we listened,” AMT Coffee wrote.

“We recognise the importance of having vegan options for vegans, veggies, and non-vegans alike and we also try to encourage our customers to try plant-based milk with their AMT coffee,” the company wrote on Instagram. More people are going dairy-free when ordering hot drinks; recent research found that 25 percent of Brits prefer vegan milk in their tea.

“Choosing plant-based alternatives is not only great for your health, it’s also much healthier for the environment as well as the animals,” AMT Coffee added.

The chain launched an initiative called the AMT Vegan Challenge whereby customers that choose plant-based milk in their drink can get 50 percent off on AMT Coffee’s new vegan treats and pastries. Customers must use the daily “secret codeword” when ordering to unlock the deal, which will only be available this month. So far, the vegan codeword has been words like “ethics.”