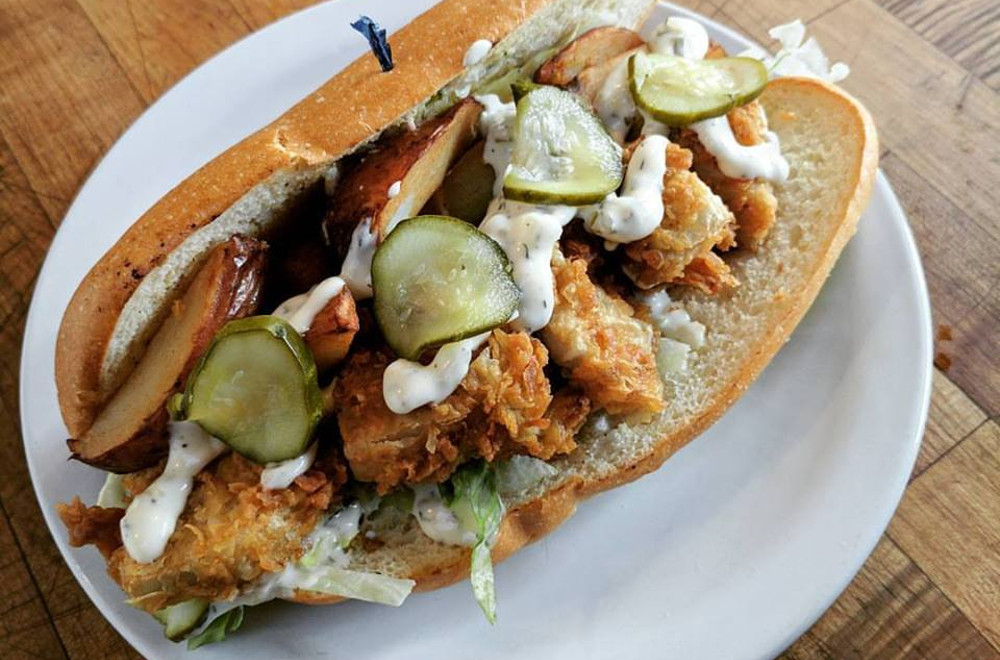 The Butcher’s Son, a vegan delicatessen located in Berkeley, Calif., is set to take over a space that was once occupied by a cheese shop this coming weekend. Fans of the current space won’t have to travel far, as the new location will open up just down the street.

Reported by Eater San Francisco, The Butcher’s Son is a vegan restaurant owned by sibling duo Peter Fikaris and Christina Stobing. Specialties include classic New York-style deli fare like housemade vegan meat and cheeses, sandwiches, and desserts like cannoli and cheesecake. Their father was not a butcher, as the name of their shop implies, but the proprietor of a now-closed vegetarian restaurant called Michael’s American Vegetarian Diner.

In spite of the initial delays in opening the first brick-and-mortar in 2015 due to disagreements with the real estate agent, the pair is ready to move into a bigger space just down the street, taking over Maker’s Common, the cheese shop and restaurant spinoff of San Francisco’s Mission Cheese. After seven months of being in business and despite raising more than $530,000 from more than 100 investors, the owners decided to cut their 10-year lease on the space short, citing lack of revenue as a reason.

In an Instagram post, the owners of The Butcher’s Son wrote, “It’s been a challenging couple of years for both ourselves and our customers and we thank you for your patience, but at last we’re here, at midnight tonight we take possession of our new location right across the street.”

They then revealed that they have been working on more than just preparing the new space for its opening date: “We’ve spent the last couple of months developing new recipes, products, meats, cheeses, sandwiches, salads, breakfast items, and a new menu.” The announcement continued with details about the new location, stating that “the new space has its own market, a bigger kitchen and more seating inside and out.”

According to Eater San Francisco, “smoked whitefish salad” is just one of the new dishes customers can expect when the new space opens this weekend.