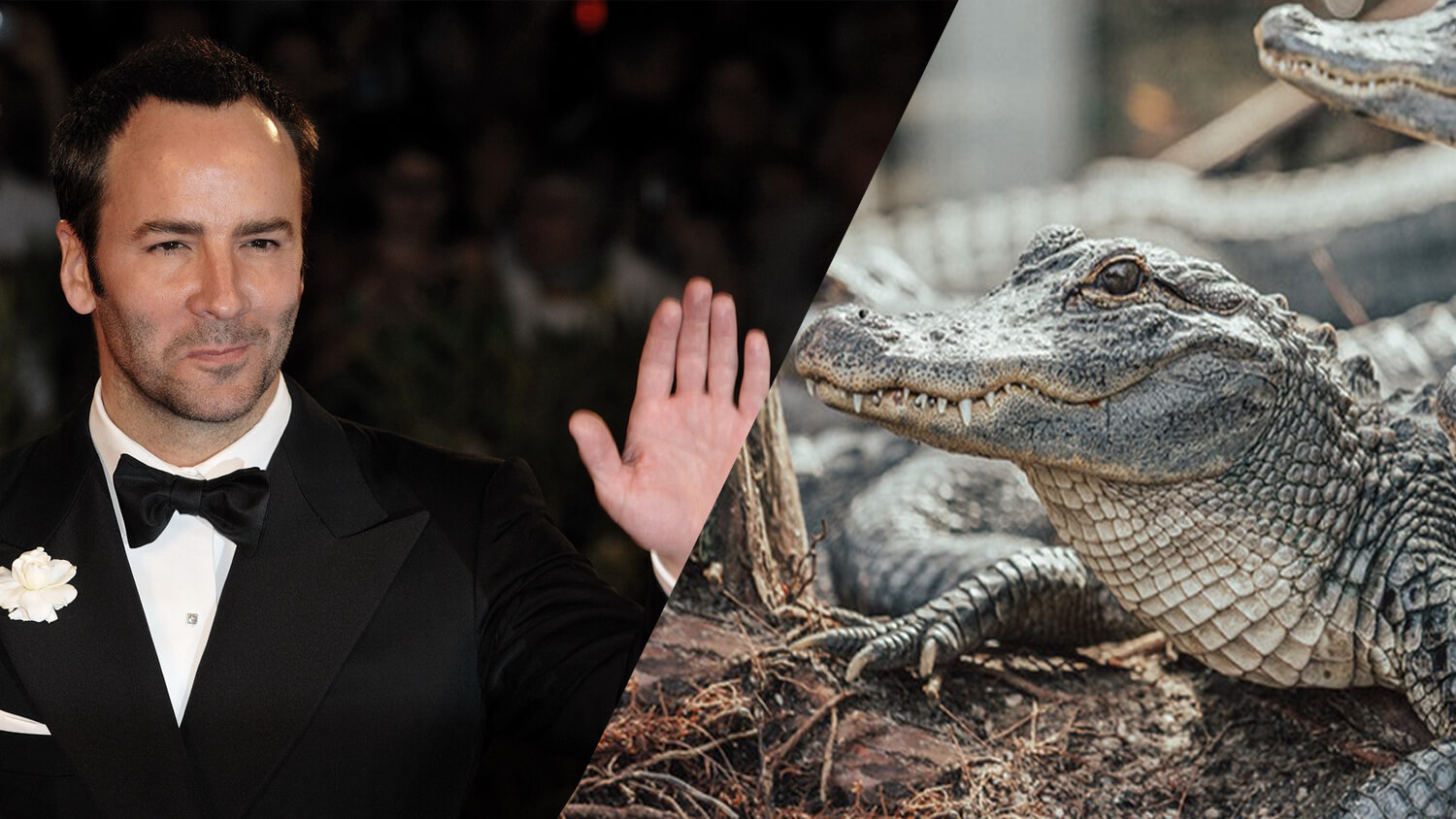 Vegan fashion designer Tom Ford opened this fall’s New York Fashion Week Wednesday evening with a nod to both fashion past and future. The line was notably absent of modern streetwear styles, focusing instead on throwback glamorous looks of decades past. But the designer also tipped the show forward with a faux crocodile skin collection featuring synthetic leather.

The Los Angeles Times called the faux-crocodile jacket a “standout women’s look,” noting that a crocodile-textured belt was also “worthy of Wonder Woman (or, perhaps, her alter ego Diana Prince).”

“Tom Ford’s spring/summer 2019 men’s and women’s runway collection, which kicked off the season’s official slate of New York Fashion Week shows here, felt like an about-face — or at least a reset — for the designer, whose runway clothes have been deliciously and deliriously over-the-top for the last few seasons, culminating in fall/winter 2018’s cacophony of bright color, menagerie of animal prints and assortment of ‘pussy power’ purses and shoes,” the Times’ Adam Tschorn noted.

The move away from crocodile skin shines a light on the cruel practice of exotic skin procurement, which can mirror the fur trade in its treatment of animals for their skins or coats. According to animal rights organization PETA UK, crocodiles can often be electroshocked and have their necks cut open while they’re still fully conscious and metal rods can be forcefully inserted into their spines. “The animals shake vigorously as this happens,” PETA UK noted in an industry exposé. “This killing method has long been shown to be inhumane, and experts have found that crocodilians remain conscious for over an hour after their spinal cord has been severed and their blood vessels cut.”

Ford’s decision to use faux crocodile skin may have to do with his evolving diet. Ford, who said he went vegan last year, explained to the LA Times earlier this year that he’s become “very conscious” about skins, aiming, for the time being, anyway, to use only skins that are food byproducts. “Because whether I’m consuming meat or not, other people are, so these are things that are collected.”

For has also removed fur from his collections, joining a growing number of fashion labels including Gucci, Versace, Donna Karan, and just yesterday, Burberry.