Should you change your diet because Liam Hemsworth had a kidney stone?

About 1 in 10 people develop kidney stones, but when the one is Liam Hemsworth of “Hunger Games” fame, it gets attention. And when Hemsworth announced that he was rethinking his vegan diet after 4 years because of the condition, it created a lot of headlines and buzz. What do we know about his diet, kidney stones, and a plan you can follow to minimize your risk of painful kidney stones?

In an interview in Men’s Health, Hemsworth reported that he required surgery earlier this year for a kidney stone composed of calcium oxalate, the most common form of stone. He indicated that his stone was “from having too much oxalate” in his diet. Oxalates are really high in a lot of vegetables including specifically spinach, almonds, beets, and potatoes. “Every morning, I was having five handfuls of spinach and then almond milk, almond butter, and also some vegan protein in a smoothie,” he said.

Does a Vegan Diet Cause Kidney Stones?

There is ample medical evidence to assure you, and Liam, that maintaining a vegan diet with a few modifications is actually the best plan to avoid a first, or recurrent, kidney stone of any kind.

In studies done over 20 years ago examining the rise in kidney stones requiring therapy, increasing animal protein consumption from meat, fish, and poultry coupled with a decrease in fiber intake, the hallmarks of the Western diet, were to blame. A more recent study looked at the risk of kidney stones with various kinds of animal protein. Beef, fish, and chicken were all judged to raise the risk of forming stones, and limiting these foods was advised. Finally, a study from Europen that included 50,000 subjects found that vegetarians had a lower risk of kidney stones than meat-eaters.

Other factors beyond animal protein intake have been studied and have focused on excess sodium intake and inadequate hydration as major factors in kidney stone formation. In a review of diet and stone formations, the DASH (Dietary Approach to Stop Hypertension) program was recommended as it is low in salt, low in meats of all kinds, and high in fiber from fruits, vegetables, and whole grains. In a randomized diet study of 120 men with the same kind of stone that Liam had, calcium oxalate, a diet low in sodium and meat was judged to provide the most protection against recurrent stones.  In a study from Harvard Medical School of nearly 200,000 subjects, a diet rich in fruits and vegetables with adequate hydration could lower the risk of kidney stones by 50 percent.

What about the oxalates that Hemsworth indicated where high in plant foods? In a recent review article on the risk of kidney stones and diet as found in vegetarians and vegans, the researchers warned against high intake of animal protein and recommended “balanced” vegetarian diets.

In terms of oxalates, studies at Harvard Medical School have downplayed the importance of dietary oxalates in kidney stone formation. Increased dietary spinach in these studies raised the risk of kidney stones in some groups by a small amount. In fact, there are only three greens that concentrate oxalates and they are spinach, beet greens, and Swiss chard. They can have over 100 times the oxalate concentration of kale, for example. There is great variability between persons in the efficiency of GI absorption of dietary oxalates. Stone formers may absorb more dietary oxalates and that may a much more important factor in stone formation than the diet choices he was making.

What is the dietary advice I wish Hemsworth knew in order to avoid further kidney stones? They would be to:

Overall, the headlines, and any recurrent kidney stones, could have been avoided if Hemsworth would simply have switched to 5 handfuls of kale, arugula, or romaine in his smoothie in place of spinach. 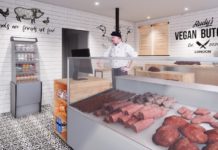 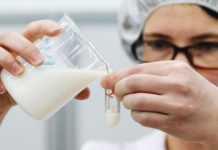 Vegan Milk Is Up Next for Impossible Foods