Looking for some easy vegan dinner recipe suggestions? Need some help figuring out how to cook plant-based food? If you’re in a recipe rut, have no fear—now is the perfect time to prepare some delicious, warming, home-cooked meals. 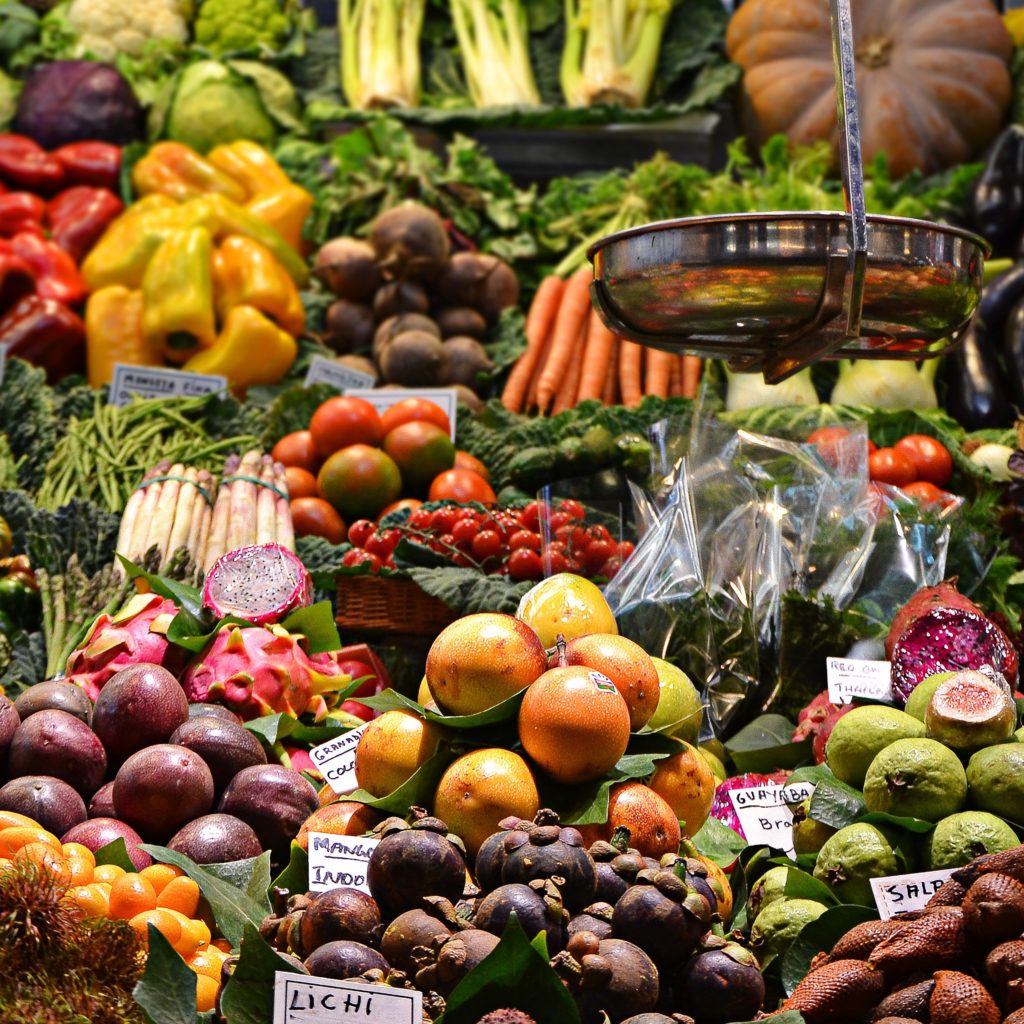 Seasonal vegetables and fruit are affordable and nutritious.

Cooking from scratch is an easy opportunity to save money, reduce packaging waste, and eat healthier. Nutritious plant-based staples including legumes, grains, vegetables, and seasonal fruit are some of the most versatile and wholesome foods out there.

Nuts, seeds, oats, rice, and canned foods are all good foods to keep in your kitchen. They are filling, have a long shelf life, and are perfect for main meals any time of year. Making vegan substitutions is an easy way to update your cooking style, and the increasing availability of plant-based alternatives makes it easy to adapt meat-based recipes to vegan-friendly ones. 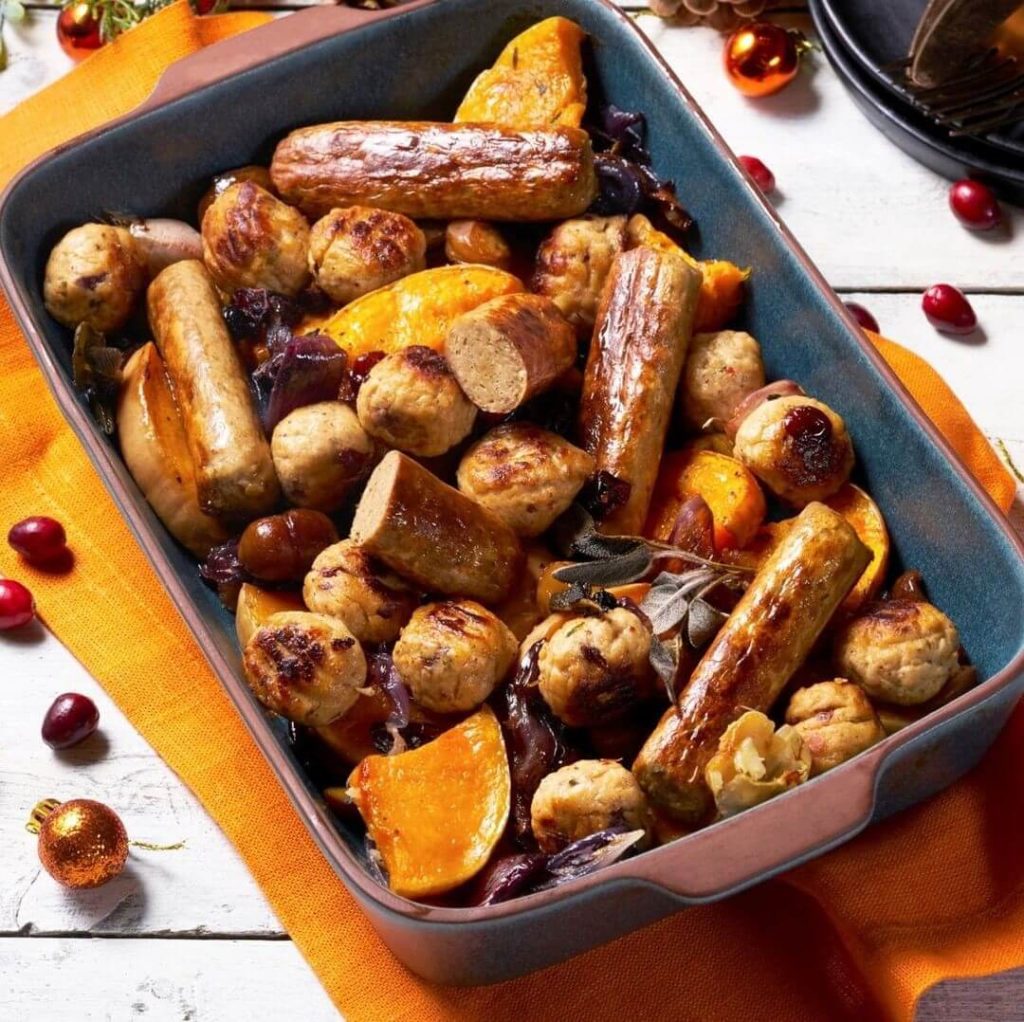 A wide variety of vegan meats are available from supermarkets.

But if you’re not into the meaty vegan meat, there are plenty of options, too. Tofu is a good vegan staple. It is extremely versatile, easy to flavor and high in protein. Soybean based foods such as tofu and tempeh have been eaten for thousands of years.

Seitan is popular plant-based meat made from wheat-gluten. It is easy to prepare, cook, and customize at home, making it versatile and a good value. Seitan has been documented as far back as the sixth century in China. 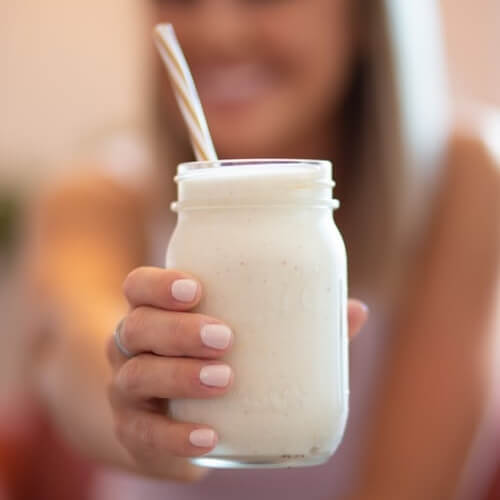 Dairy-free milk is increasingly popular with meat-eaters, flexitarians, and vegans.

As consumer demand for plant-based dairy products increases, so have the options. Many different dairy-free milk, cheeses, and yogurts share ingredients. Oats, soy, nuts, and peas are all commonly used in dairy-free products.

Coconut and oil-based cheeses such as Violife melt effectively for oven bakes and on pizza. Soy-based cheeses such as Sheese can be higher in protein and more nutritionally comparable to dairy cheese. Coconut yogurt is increasingly popular, though soy and nut-based versions are delicious options, too.

Vegan milk is one of the fastest-growing categories of consumer products. According to the Plant-Based Foods Association, sales grew by 9 percent last year, bringing in a total of $1.6 billion. Plant-based milk is now a staple purchase for nearly 50 percent of Americans and 25 percent of Brits.

Protein-rich soy milk is the most nutritionally comparable to cow’s milk. Almond-based milk is low fat and often chosen as a light and healthy replacement for animal milk. Other nuts milks such as coconut and hazelnut are popular in cooking and baking because of their distinctive flavors. Hemp milk is rich in omega-3 fatty acids and has a creamy flavor.

Oat milk is increasingly popular because of its flavor and compatibility with hot drinks. Many baristas favor oat milk for use in lattes and other milk-based coffee drinks. Most supermarkets stock plant-based milk and many produce own-brand versions. Plant milks are often fortified with calcium and other nutrients. 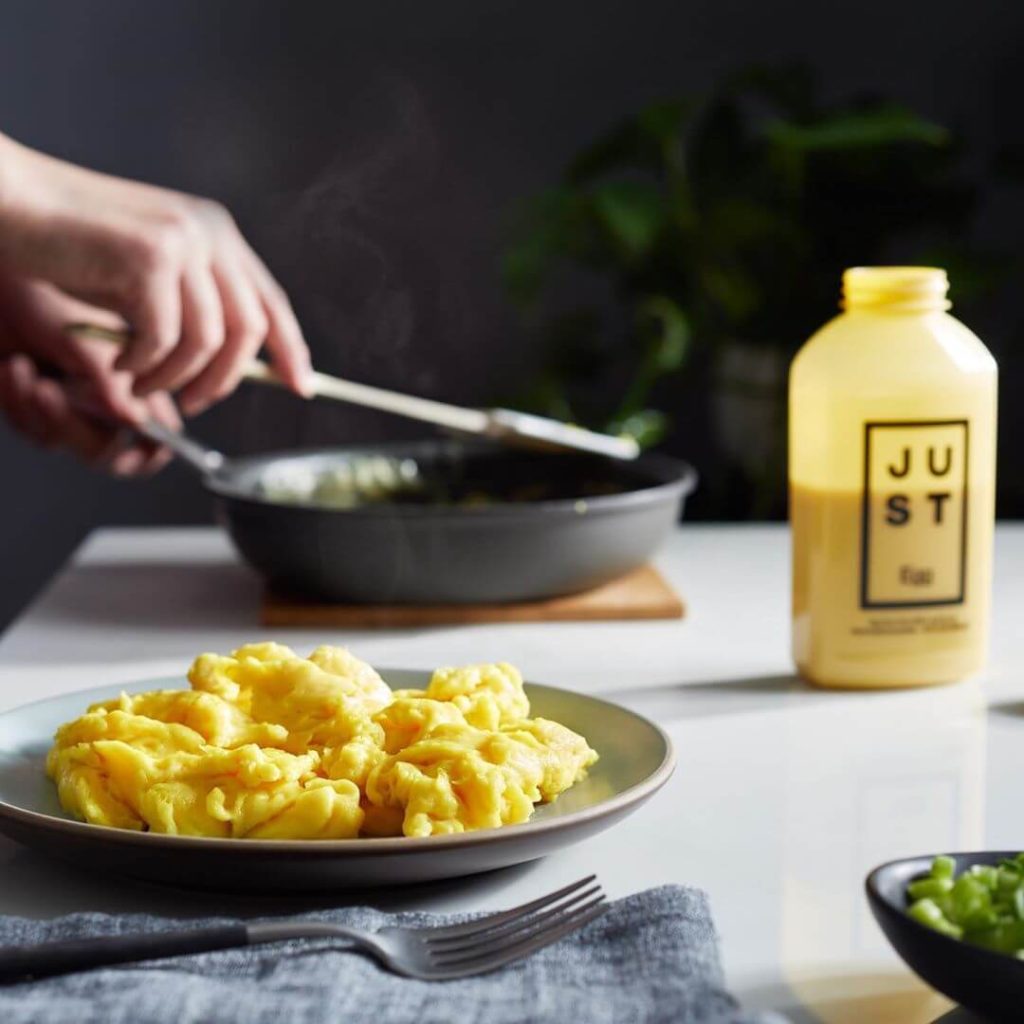 There are many different substitutions for animal-based eggs. In pancakes, for example, one mashed banana is a cheap and nutritious substitution for one egg. Just one tablespoon of applesauce can be used in place of an egg in certain chewy baked goods such as brownies and cookies.

Three tablespoons of aquafaba — the thick liquid produced by cooked chickeas — is also the equivalent of a single egg. Unwhipped aquafaba can be used as an egg-free binder and once whipped it can be used to make waffles, macarons, and even meringue. Gram or chickpea flour is an extremely versatile ingredient and can be used to make a scramble similar to an Italian farinata.

Ready to cook egg replacer is increasingly widely available and ranges from Orgran’s egg-free mix for baking to JUST’s liquid vegan egg. The JUST vegan egg tastes and cook like chicken eggs and is also nutritionally similar. The plant-based company Follow Your Heart produces a powdered egg that can also be used both as an ingredient or cooked and scrambled. 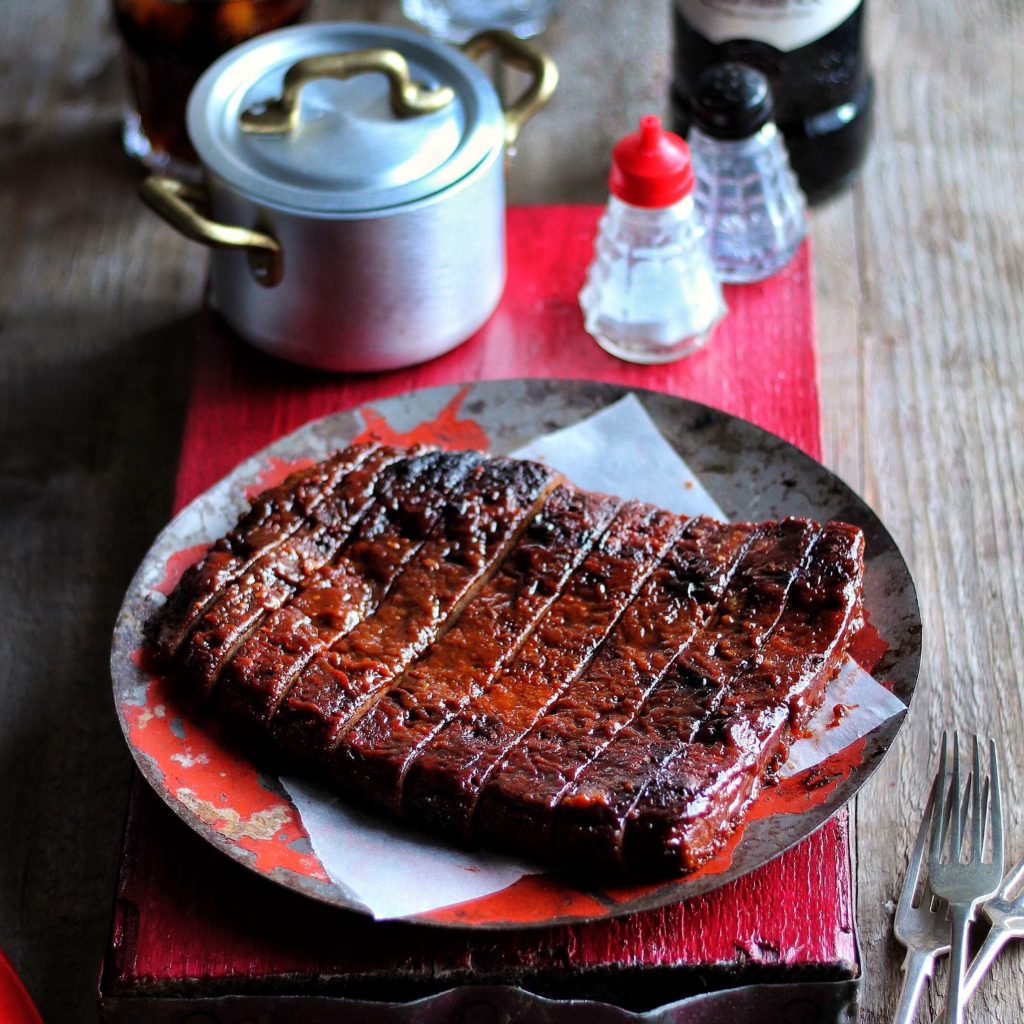 These thick and juicy seitan ribs are very meaty thanks to a full 10 minutes of dough kneading. The marinade is smoky, sweet, and even includes cola to make it extra sticky. These are perfect served with creamy mashed potatoes and tender stem broccoli. 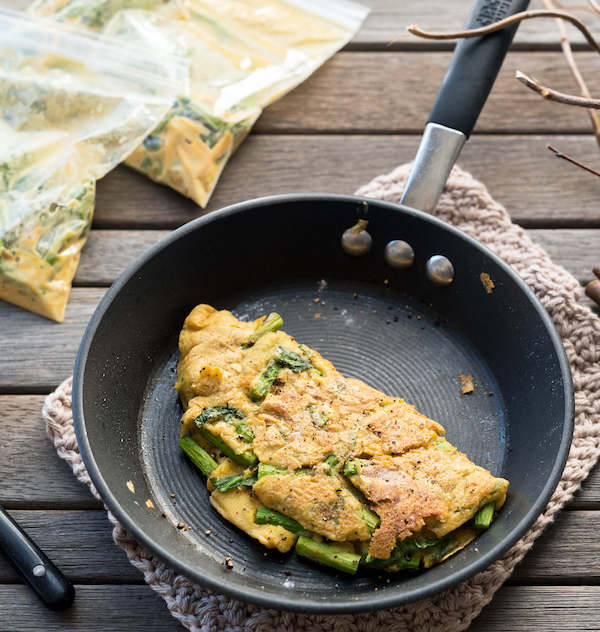 This chickpea-based omelet is a quick, high protein adaption of a traditional dish. It is flavored with black salt, nutritional yeast, and served with asparagus. This means it is high in B12, vitamins A, C, and E as well as fiber, folate, and protein. 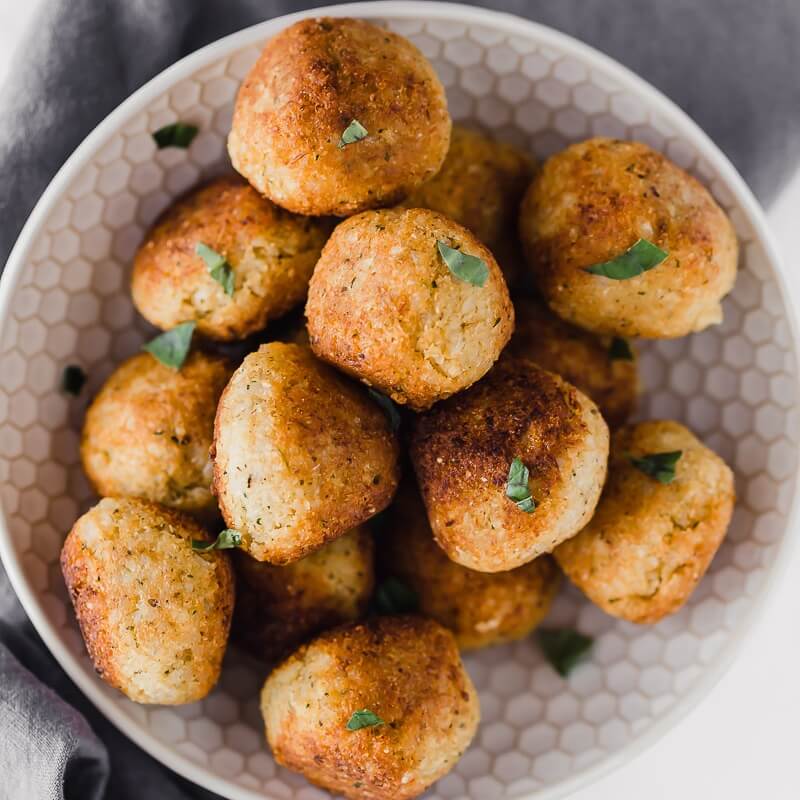 These plant-based “meatballs” are made with cauliflower, brown rice, flax-seed “egg,” and breadcrumbs. These are perfect in subs, spaghetti dishes, or in soups and stews. This recipe suggests lightly frying the meatballs but they can also be baked for a low-fat version. 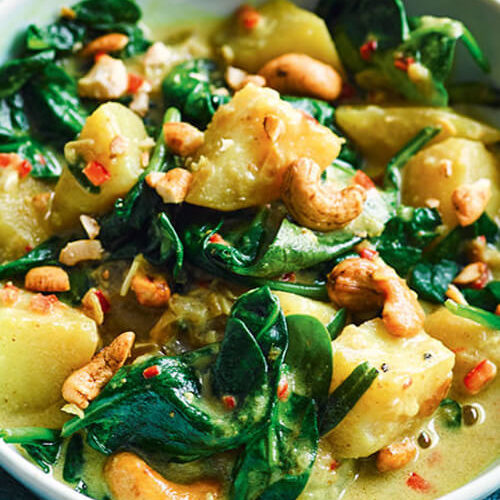 This Saag Aloo is a hearty, nutritious, and quick curry that can be thrown together in just 25 minutes. The spinach and potato means that this meal is high in vitamin K, magnesium, iron, potassium, and vitamins B2 and B6. Potato is high in fiber which can help lower cholesterol. 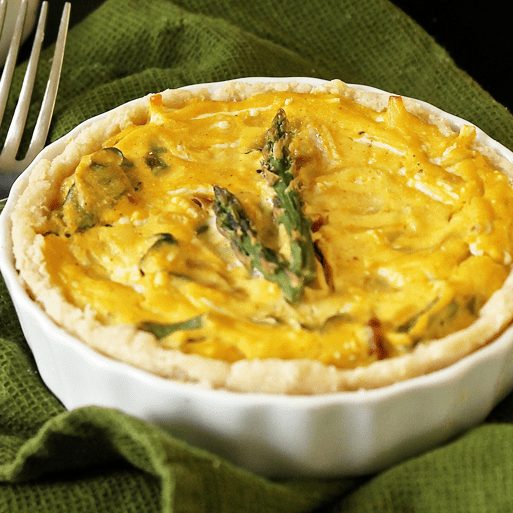 This high-protein, tofu-based quiche is a perfect dinner recipe – though it could also make a delicious breakfast or lunch. This quiche requires dairy-free milk, butter, and cheese. It’s rich in iron, and because this dish also contains asparagus it is once again high in B12. 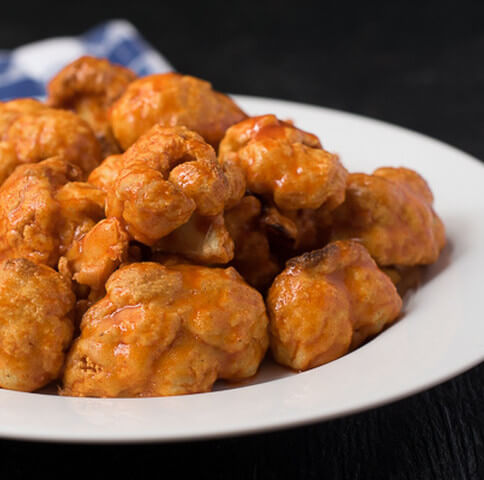 These meaty vegan buffalo wings are made from vital wheat gluten. This recipe even includes tips on how to create “bones” for the wings using sugarcane or popsicle sticks. The batter includes an egg replacer, and the Edgy Veg has chosen “Vegg Baking Mix.” 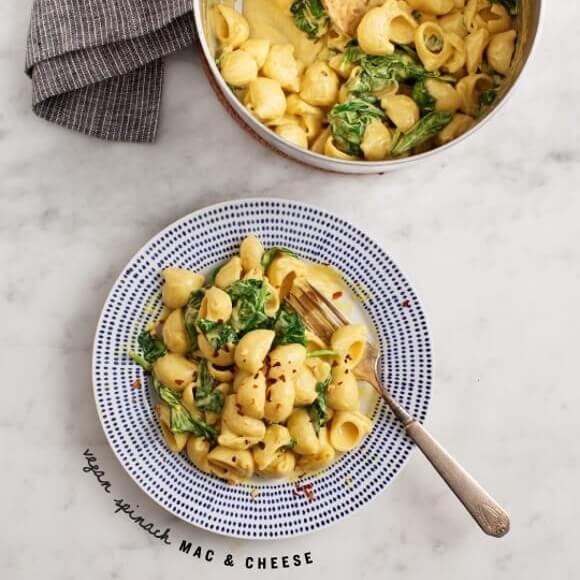 Mac and cheese is perfect comfort food and this recipe makes a creamy, cashew-based bechamel sauce in place of cheese. Spinach and cashews add protein to the dish, which is both colored and flavored with the addition of smoked paprika and turmeric. 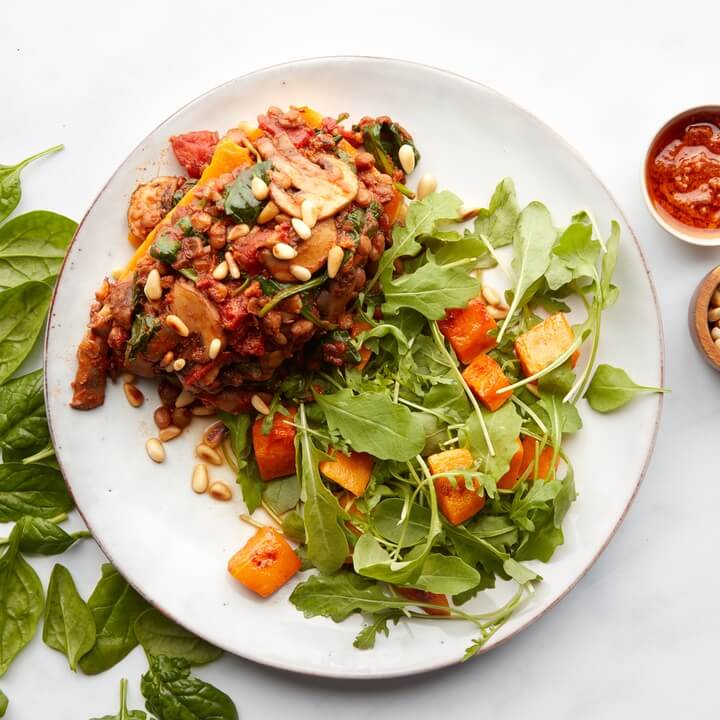 This gluten-free lasagna recipe makes uses of in-season squash in place of pasta. Squash is high in vitamins A, B6, and C, and also contains magnesium, phosphorus, and potassium. Lentils provide a good source of fiber and protein in this delicious lasagna. 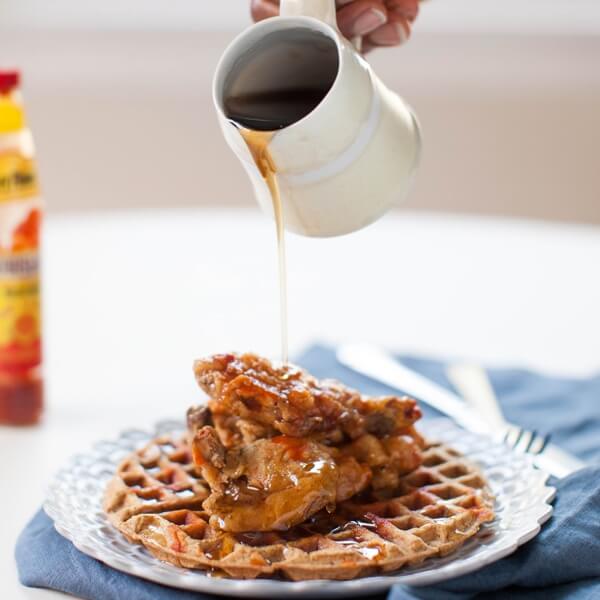 These crispy, double-breaded “chicken pieces” are made from oyster mushrooms. Served with waffles, this is a great example of vegan soul food. Best served with maple syrup and some southern hot sauce, this chicken and waffles recipe is perfect for any meal.