Starting on January 20th, vegan doctor and health pioneer T. Colin Campbell will be touring the United States with one simple goal… to help heal the country and teach people about the (many) benefits of a plant-based vegan diet.

The Healing America tour begins January 20 and continues through March 24, with stops in Tampa Bay, Fla., Long Island, Atlanta, Houston, San Diego, and St. Louis. Folks can even sign up for text updates on specific locations the tour will be hitting. Joining Dr. T. Colin Campbell is his son, PlantPure Founder and President, Nelson Campbell.

To many, Dr. Campbell is known as the father of the science behind plant-based eating. He wrote the highly impactful, national bestseller, The China Study, which makes the connection between heart disease, cancer, diabetes, and nutrition, among many other topics. 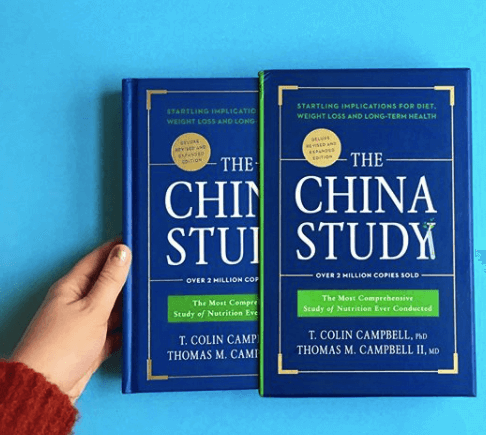 Nelson Campbell has likewise made a big name for himself. His company, PlantPure, recently released whole food frozen meals to over 800 Publix locations. The website simplifies the company’s mission: “Hippocrates put it best over 2000 years ago when he said, ‘Let thy food be thy medicine.’ PlantPure is here to help the World do just that.”

Nelson spoke enthusiastically to VegNews about his upcoming tour with his father. “We will communicate ideas that go beyond health to bring people of varied interests and communities together,” he explained. “It is time to go beyond health, to make larger connections that can join communities heretofore working apart into a more unified force for change, including change that extends into the political sphere.”