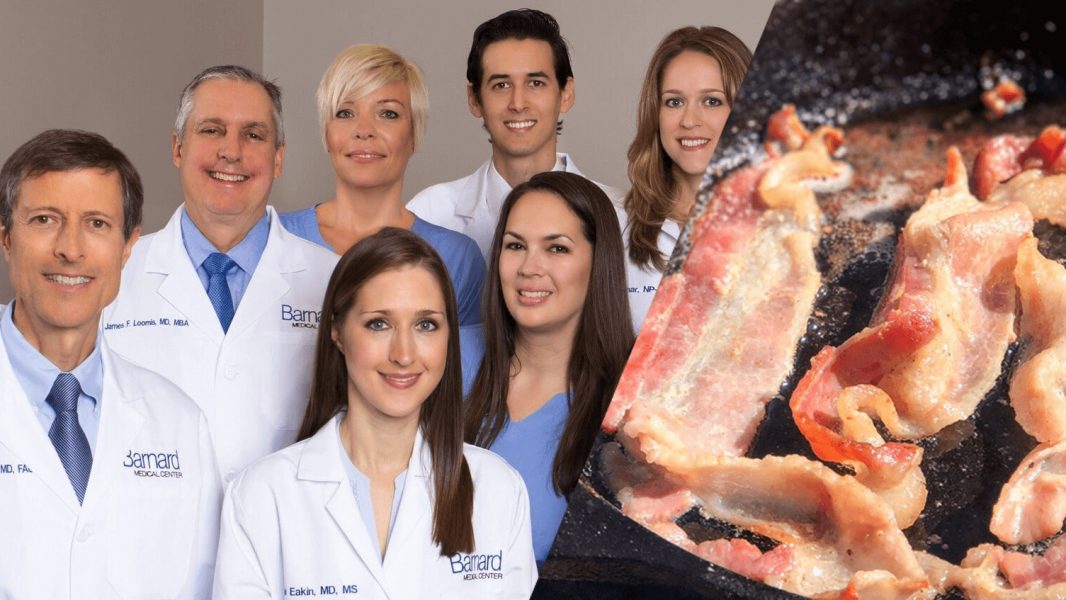 A series of advertisements encouraging people to ditch bacon and other processed meats for their health has launched in Washington, D.C.

Called the #BreakUpWithBacon campaign, the ads will be displayed in bus shelters throughout the city starting today. “Bacon can bite you back,” warns the poster. “Bacon and other processed meats can cause colorectal cancer.”

Throughout the remainder of September and into early October, the campaign will also run the ad in local print, radio, and television outlets. The campaign is sponsored by the Physicians Committee for Responsible Medicine (PCRM), a nonprofit organization representing more than 12,000 medical professionals who believe that a plant-based diet can act as an effective form of preventative medicine.

Through the campaign, PCRM also aims to pressure hospitals to stop serving processed meat in cafeterias in an effort to improve the health of both patients and staff.

A post shared by Physicians Committee (@physicianscommittee) on Sep 26, 2018 at 6:56am PDT

“D.C. hospitals can help patients, staff, and visitors prevent colorectal cancer by banning bacon and other processed meats,” said PCRM president and founder, Dr. Neal Barnard, in a statement. “As places of healing, hospitals should break up with bacon, just like they dumped cigarettes a generation ago.”

According to the organization, the colorectal cancer rate of African Americans living in the District is nearly triple that of the white population. While PCRM hopes to reach the entire city with the #BreakUpWithBacon campaign, it is running more ads in the areas where colorectal cancer hits hardest.

A study published in the Journal of Clinical Nutrition & Dietics last December revealed a direct link between eating processed meat and a higher risk of colorectal cancer. “It is estimated that more than 50 percent of bowel cancer cases are preventable and lifestyle changes such as improved diet could help,” said the study’s lead researcher, Professor Chris Elliott.

Conversely, a vegan diet has been proven to help prevent several chronic diseases, including various forms of cancer. Earlier this month, a new study published in the journal JAMA Internal Medicine, which analyzed 12,000 adults following a vegan diet, found that a diet rich in plant-based foods can reduce one’s risk of both colon and rectal cancer.