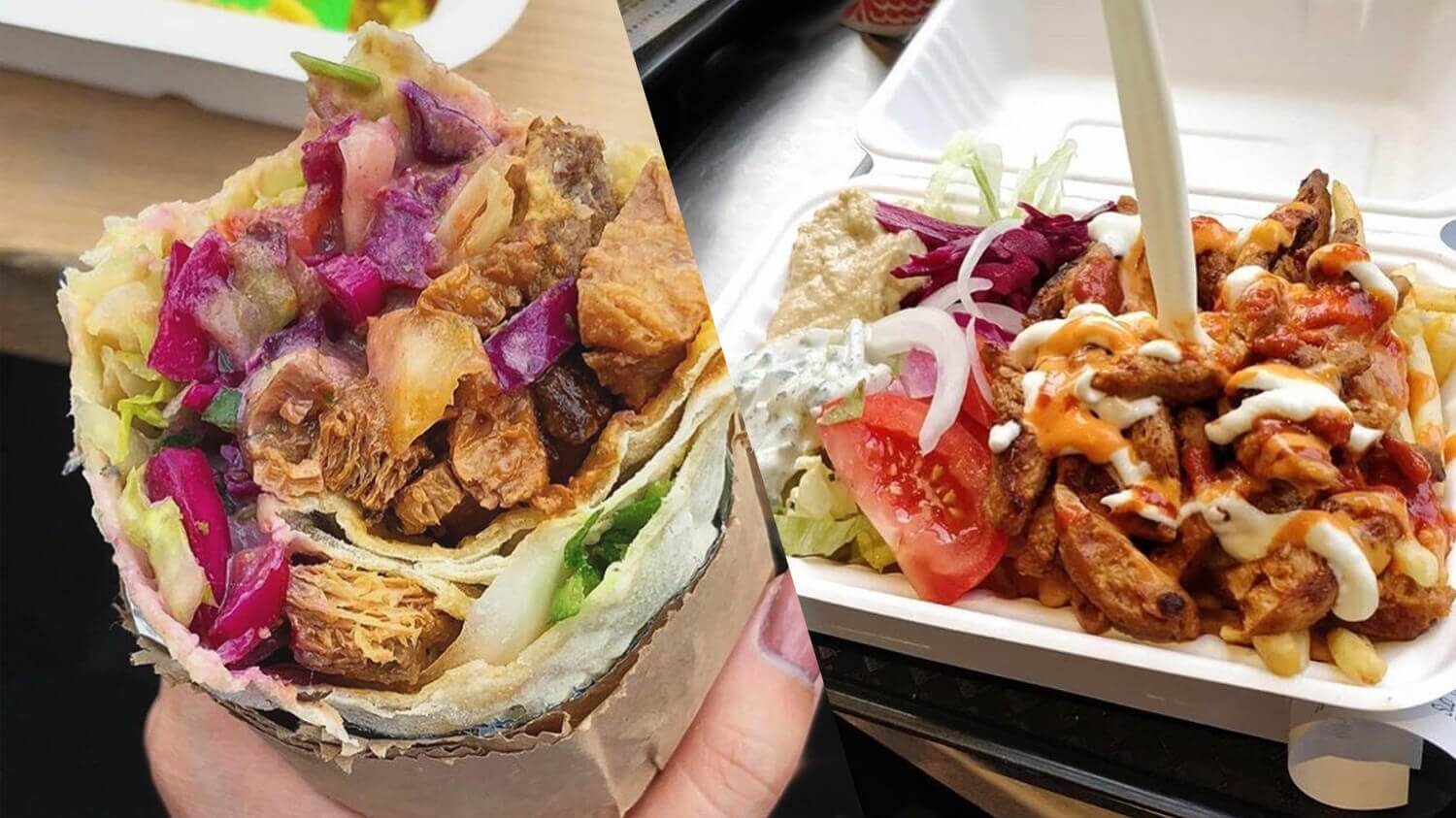 Vegan döner kebab chain “What The Pitta!” is set to open a brand-new location. Currently, the company has three London-based spots, in Camden, Shoreditch, and Croydon. The chain’s latest meat-free shop will be roughly 54 miles due south of the capital, in the seaside city of Brighton.

What The Pitta! began its journey as a market stall in Shoreditch after co-founders Cem Yildiz and Rojdan Gul were inspired by a relative’s vegan recipe for a döner kebab. The dish, which is much-loved in the UK and traditionally consumed after a night out, often consists of meat (normally lamb or beef) that is cooked and sliced from a vertical rotisserie and served in a pita wrap.

Gul’s uncle, based in Germany, knew how to make a vegan version that was equally as “tastebud tingling,” notes the chain’s website. Feeling “wowed,” Yildiz and Gul brought the recipe home from Freiburg and just two weeks after their return, What The Pitta! was born.

Since then, the company has grown in popularity, opening its third location in March. The secret to the chain’s success, according to Yildiz, is its appeal to everybody – not just vegans and vegetarians.

Speaking before the launch of What The Pitta!’s Camden spot, Yildiz noted, “We have found that a lot of our customers are meat reducers, rather than strict vegans, and it’s great to see more and more people becoming conscious of where their food is coming from.”

According to a recent study by restaurant guide More Than Carrots, over a quarter of Brits identify as “meat-reducers” for environmental reasons. “Climate change is at a tipping point,” said the founder of the guide, Annette Burgard. “People are beginning to realise the enormous impact that reducing meat in their diet can have on the environment.”

What The Pitta! specializes in the classic Turkish döner kebab, but also serves a number of other Turkish plant-based treats, including Lamacan, a type of Turkish pizza, topped with minced soya, veg, and a variety of herbs.

The new location will open before the end of 2018 at 14 East Street, Brighton.

Image Credit: What The Pitta