You can buy vegan doughnuts filled with dairy-free custard in the UK.

Custard doughnut recipes traditionally include cow’s milk, dairy-based cream, and eggs, however, those choosing to not consume animal products don’t have to go without.

Funtime Custard Doughnuts are confirmed to be vegan. The pre-sugared mini ball doughnuts are available from Spar, Nisa, some service stations, and other small retailers. 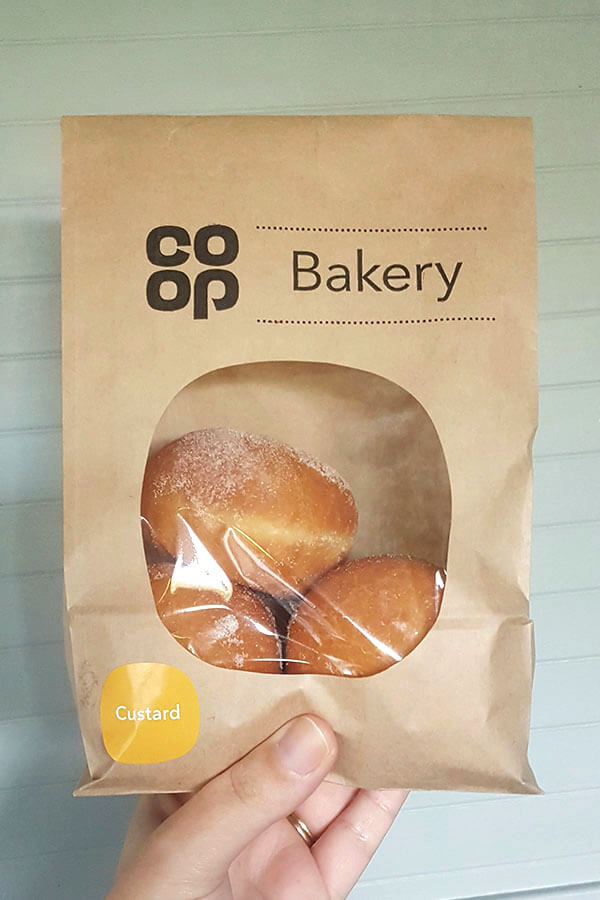 Marks & Spencer, also called M&S, offers vegan frozen mini doughnuts at certain times of the year. Its 12-pack includes six doughnuts hand filled with coconut caramel and six filled with passionfruit and lime. The treats can be cooked in less than 10 minutes.

Morrisons, Sainsbury’s, and Tesco have all been reported to sell vegan doughnuts, however, the supermarket chains urge shoppers to check the ingredients listed as they are subject to change.

The surge in people going vegan has inspired companies to get creative with their plant-based dessert options. A coffee shop in Leeds, England, created a vegan doughnut with an angry Piers Morgan face on it earlier this year. The coffee shop, called Temple Coffee & Donuts, wanted to make the treat to turn the TV presenter’s negative feelings about vegan food — like when he spat Greggs’ vegan sausage roll into a bin on national TV — into “something positive.”

Last year, the UK-based Doughnut Time made giant, 18-centimetre-long doughnuts for National Doughnut Day. Its vegan red velvet doughnut was topped with cookies and cream icing, cookie crumbles, and a dairy-free chocolate drizzle. The creation was known as the “Chris Hemsworthy,” after the actor who adopted a plant-based diet whilst preparing for his role in “Avengers.”