(Updated January 29, 2020) | The latest U.S. News and World Report has ranked keto as one of the worst diets to follow for your health.

It is the third consecutive year where the report has placed keto at the bottom, or near the bottom, of the list of its “Best Diets Overall.” To decide its rankings, the report evaluates government data, medical journals, and feedback from a panel of health and nutrition experts.

The keto diet is a low-carb diet intended to induce rapid weight loss by restricting carbohydrates. The goal is to induce “ketosis,” or a metabolic state in which the body must draw energy from secondary sources, such as fat.

Why Is the Keto Diet Unhealthy?

In a 2018 study published in The Lancet Public Health, it was found that low-carb diets such as the keto and paleo diets can reduce life expectancy. This is likely due to the fact that users typically replace carb-rich foods with meat and dairy products.

Research suggests that a diet heavy in animal-based foods, particularly red and processed meats, can increase the risk of chronic diseases such as cardiovascular disease, type-2 diabetes, and cancer. 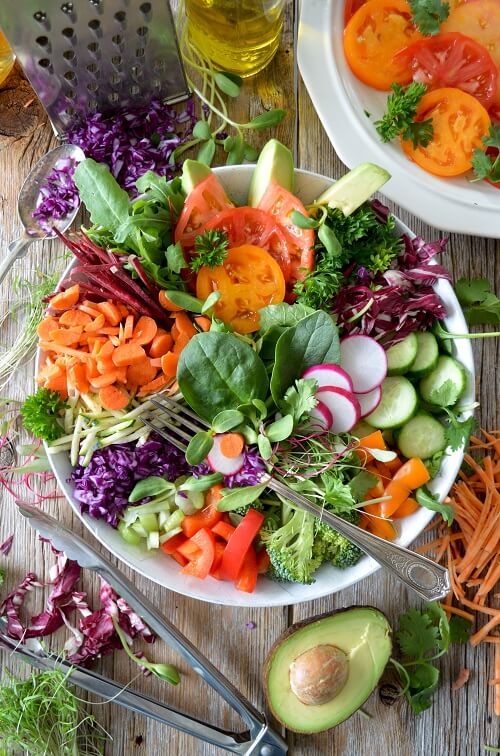 Many experts consider a whole food, plant-based diet one of the healthiest.

According to the renowned vegan cardiologist and former president of the American College of Cardiology, Dr. Kim Williams, the keto diet may negatively impact your health in the long run. Also, keto crotch is a thing.

In response to a question about a 2013 review of low-carb diet studies, Dr. Williams said that the keto diet can dramatically increase the risk of death by a heart attack.

“So I was talking about that and making sure everyone was hearing about that. Then, there was one the ‘Journal of the American Heart Association’ published a few years later that isolated the people who had had a heart attack in the past, the cardiology population that we’re seeing, and they were doing a ketogenic diet,” he said. “It was a 53 percent increase in mortality. No one should be doing this.”

What Is a healthy diet?

A 2018 study published in the Journal of the American Heart Association suggested that elderly women can significantly reduce their risk of heart attack by adopting a vegetable-centric vegan diet.

Research by the World Cancer Research Fund (WCRF) shows that ditching animal-derived foods, avoiding alcohol and sugary drinks, and engaging in regular exercise, can reduce one’s risk of cancer by as much as 40 percent. Vegan cardiologist Dr. Joel Kahn also recommends avoiding meat altogether due to these health risks.