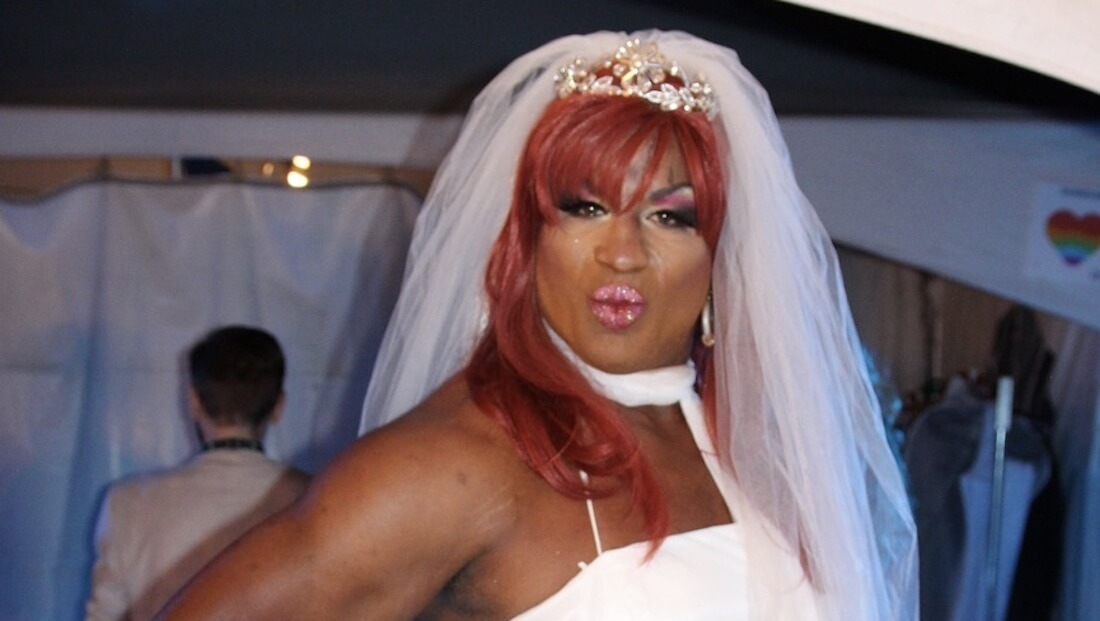 The athlete walked away with $1,000 after his lip-syncing performance of Whitney Houston’s “I Will Always Love You.” He donated his winnings back to Montreal Pride.

Despite not identifying as LGBTQ+ himself, Laraque is a friend of the community and was asked specifically by Montreal Pride to perform at the event. “[There are] many people that still suffer today different types of discrimination just because of their sexual orientation. I think that’s stupid in 2018,” the plant-powered athlete, who performed in a $1,500 wedding dress, told The Star Edmonton. “It’s one thing to say you are supportive, but I’ve always liked to do in action.”

Discrimination is a matter close to Laraque’s heart, whose parents are immigrants from Haiti. The former Edmonton Oilers explained, “I don’t see any difference from racial discrimination and discrimination toward sexual orientation. It’s the same fight.”

Here is my “Drag Queen” look at last night’s @FierteMTLPride that I won thanks to Miss Butterfly’s great work! In 2018, it is inconceivable that we must all fight against homophobia again. And personally it’s with pleasure that I join this cause! pic.twitter.com/KYbx0YR37h

A vegan since 2009, is also known for speaking out on behalf of the animals. He wrote on his website, “Many people refuse to see [documentaries like Earthlings], or refuse to get educated on the matter because just like me, they’re sensitive and afraid to make a change. But my friends, that change is not bad at all. Give it a chance.”

He continues, “Vegetarians save hundreds of animals a year and vegans save thousands from a life filled with suffering and the most painful death imaginable. Not only is vegetarianism good for animals, but it is also good for our health and [the] environment.”

The overlap between vegan and LGBTQ+ advocacy is common and often embraced by the plant-based drag community. For example, U.S.-based Honey LaBronx consistently advocates for both causes. At one Pride event, in Tel Aviv, a vegan float even took part in the parade, promoting love and acceptance for both people and animals of all kinds. The float’s event page read, “walk alongside the Unicat truck, our vegan paradise, to take part in history that comes to promote a double message, a union of struggles to represent justice and equality to the Almighty.”