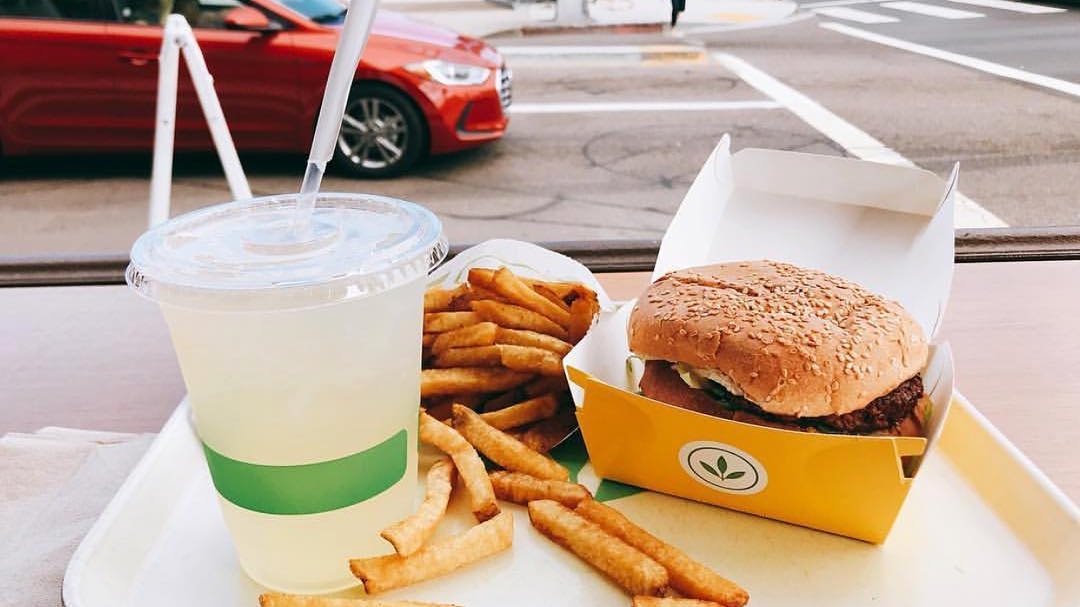 The plant-based fast-food joint, which serves a multitude of vegan burgers (including The Big Zac – a vegan take on the McDonald’s classic “Big Mac”), has existing locations in San Diego and Encinitas.

Aside from burgers, menu items include vegan milkshakes, the ‘Fish’ Filet Sandwich, the Kale ‘Chicken’ Wrap, Avocado Kale & Quinoa Salad, and Raw Tacos. The chain also serves a plant-powered breakfast menu, offering the Breakfast Burrito, the ‘Sausage, Egg, and Cheese’ Muffin, and the ‘Bacon, Egg, and Cheese’ Bagel, among lighter options such as the Yogurt Parfait and Hash Browns.

“Our secret mission has always been to turn more people on to a vegan diet,” Zach Vouga, VP of Operations, told Longbeachize. “It’s obviously the wave of the future. But we totally understand that diet is such a personal issue and that each person goes at his or her own pace. So the Plant Power Fast Food brand is really all about turning people on to how delicious plant-based food can be. And we’re doing it in a way that’s welcoming and fun.” He added, “Our brand isn’t preachy; the food itself is the message.”

Who wants good morning texts when you can have a plant-based “sausage, egg and cheese” muffin? ?: @meatlessmolly

Plant Power Fast Food isn’t the only meat-free drive-thru in California. In May, it was reported that Amy’s Drive Thru was opening its second location in Corte Madera. The chain also has plans to open six more locations across the U.S. this year. “We’ve gotten a lot of letters and emails from all over the country asking us to put a drive-thru in their town,” said Amy’s co-founder, Rachel Berliner.

The new Long Beach Plant Power Fast Food drive-thru will be located at Clark and Pacific Coast Highway and is due to open September 1. The Redlands branch is set to open in August on W Stuart Avenue.