According to Instagram account Accidentally Vegan UK, the UK supermarket chain has launched coconut-based vegan edam slices, parmesan-esque Italian-style hard cheese, and grated mozzarella. Earlier this year it launched vegan red Leicester slices, and before this, it stocked its own version of dairy-free cheddar. The supermarket also sells a variety of vegan cheeses made by Greek brand Violife, including halloumi-style Meditteranean blocks.

It also makes its own vegan mozzarella sticks under V Taste. “We know a lot of our vegan customers really miss cheese,” Oliver Smith, Morrisons’ party food buyer, said in a statement. “Their options are often limited at family buffets, which is why we’ve taken a classic cheesy party food that everyone knows and loves and made it vegan.” 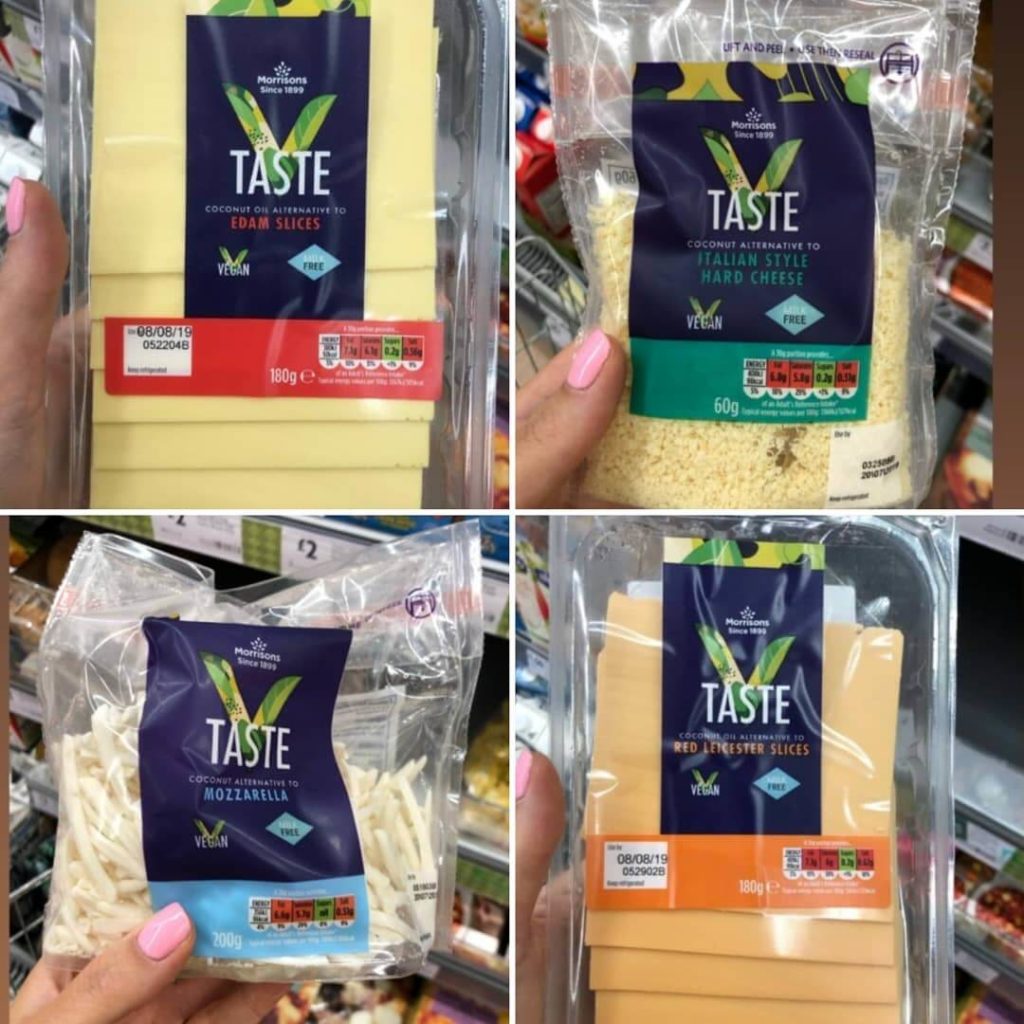 In the last few months, Morrisons has added a wide range of vegan options to its shelves. Most recently, it launched a vegan Miami Burger range, created by the fast-food joint of the same name. As well as classic burgers and veggie burgers, the range includes a Louisiana Chick’n Burger, made from wheat protein.

It also offers an affordable jackfruit-topped vegan cheesy pizza at its create-your-own counters — for just £4 (£15 cheaper than Pizza Hut’s version). Charlotte Shores, a buyer for Morrisons, said in a statement, “[The pizza] has surprised meat-eaters and vegans with how close it tastes to its meatier counterpart.”

As awareness grows about the impact of animal agriculture on the planet, on the animals, and on our own health, more and more Brits are opting to leave animal products off their plate and focus on healthy, whole-food vegan meals instead.

According to a study from earlier this year, 91 percent of UK residents now identify themselves as flexitarians and a further study, conducted in June, revealed that 25 percent prefer dairy-free milk in their tea.

Research conducted by Modular Classrooms in March revealed that more than half of Brits want to ditch meat completely for the sake of the planet.

In a statement regarding the study, Mark Brown of Modular Classrooms said, “it’s encouraging to see that so many people are willing to make changes to their lives to safeguard not only their future, but the future of their children.”