Located in downtown Fresno, owner Ian Cookson and his girlfriend Kim Sarabia never questioned it would be, Libelula is named after the Spanish word for dragonfly.

The vegan eel is made from flash-fried shiitake mushrooms, and comes in a “sweet ginger-tamari glaze, and sprinkled with roasted garlic and sesame seeds over local heirloom rice”.

Though not a dedicated vegan or vegetarian restaurant, “the menu has a farm-to-table theme” according to Fresno Bee. It includes several vegan options, not least its vegan eel, which are all clearly marked.

For Cookson, who is also the executive chef at The Vineyard Restaurant in Madera, this menu was about having fun with food. He told The Business Journal “I’m trying to give people the experience that I have when I eat.” 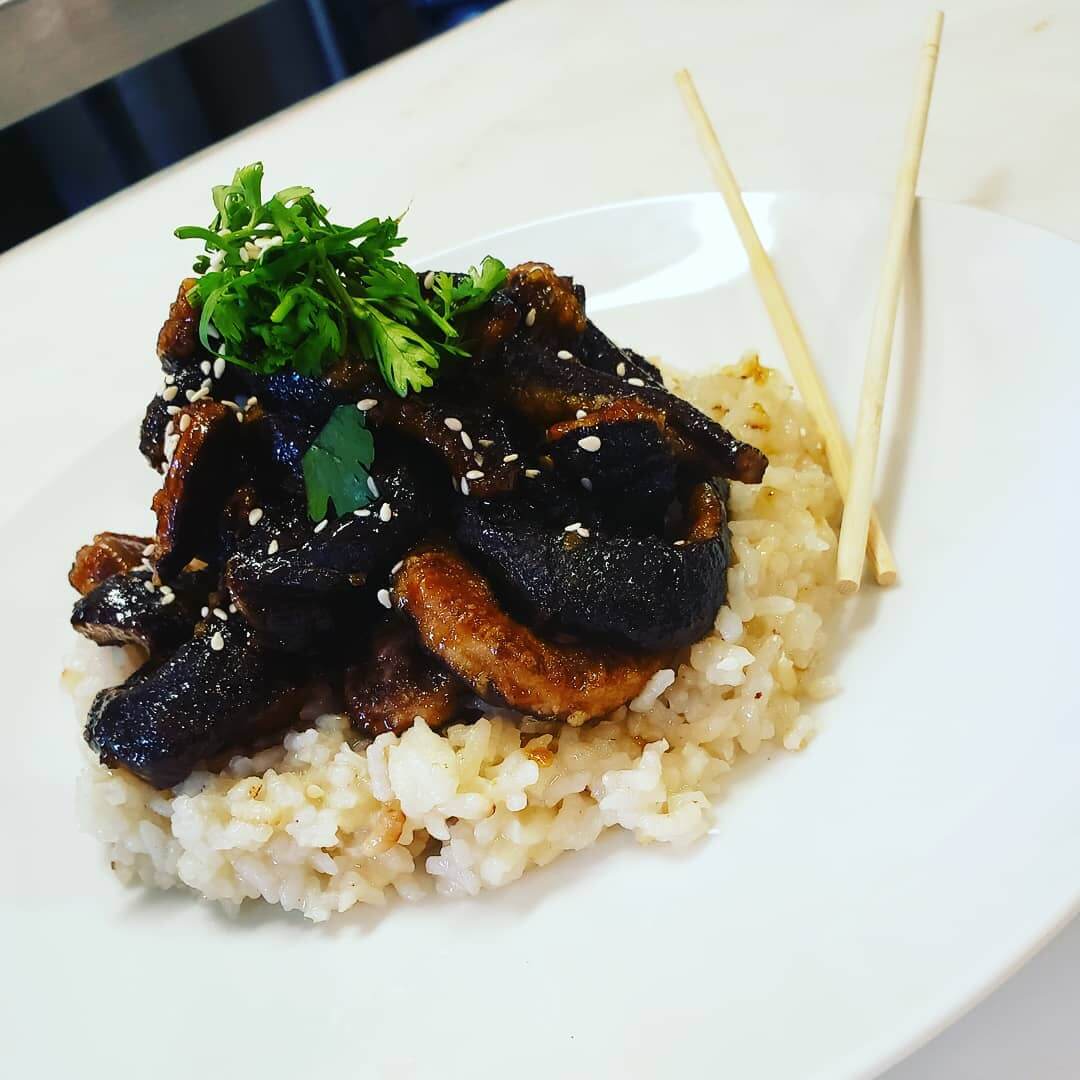 Though plant-based meat may feel like a new phenomenon, it actually dates back centuries in Chinese tradition.

Fuchsia Dunlop, Chinese food expert and author Sichuan Cookery and Land of Fish and Rice: Recipes from the Culinary Heart of China told Munchies website “there are records from the Tang dynasty, which is 618 to 907, of an official hosting a banquet serving imitation pork and mutton dishes made from vegetables.”

Vegetables cooked in creative ways were common ingredients, however, people have also used soya (tofu) and gluten (seitan) to create vegan meat and fish for a lot longer than the recent boom of plant-based meat producers.

For anyone intrigued by this tradition, but can’t reach Libelula to try the restaurant’s vegan eel, Al Brown‘s “Mock Eel” recipe pictured above is an interesting alternative. The recipe uses chicken stock, however, this could be substituted for vegetable stock to make sure it is vegan-friendly.

Libelula is located at 1154 Broadway Plaza, next door to the Crest Theatre at Broadway and Fresno Street, and is open from 9 a.m. to 3 p.m., Mondays through Saturdays.