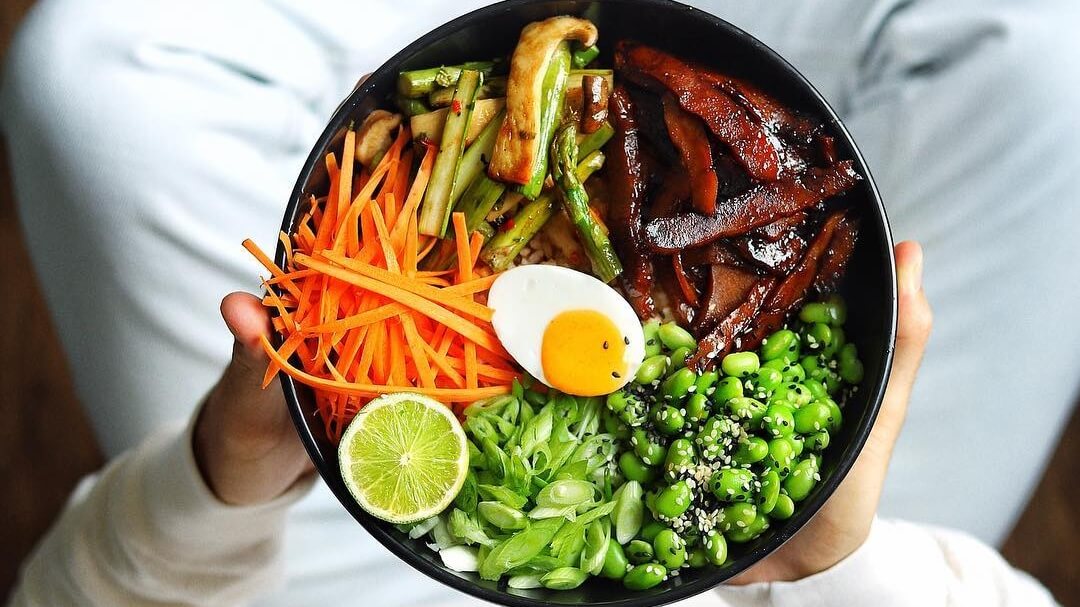 Oakley,  known as Avant-Garde Vegan on social media, shared the news of his collaboration with Wagamama on Instagram to his more than 250,000 followers. Alongside an image of the new dish, Oakley revealed the meal features BBQ glazed seitan, caramelised king oyster mushrooms, asparagus, edamame, spring onion, and carrot. It is served with sticky rice and, of course, the vegan egg, which is made with creamy miso-infused coconut and Sriracha mayo.

Oakley described the dish, named the Avant-Gard’n, as “mind blowing,” adding that it reflects his style and ethos. “I’ve been a fan of Wagamama since I was around 8 years old when my dad brought home a Wagamama cookbook,” Oakley wrote in an Instagram post. “Over the past few years, Wagamama has taken huge strides to enhance their vegan options & now have an incredible vegan menu.”

Earlier this year, the food chain launched several new vegan dishes that are registered with the Vegan Society trademark in response to rising customer demand. The new menu items include dishes such as its vegan katsu curry. Diners can also enjoy plant-based kare burosu, yasai itame, and yasai pad thai, among other mains, as well as a range of sides and dairy-free sorbets.

Oakley noted that Wagamama’s decision to “go the extra mile” and introduce the Avant-Gard’n is “incredible” for the vegan movement. “I really believe this dish will spark non vegan interest in vegan food, having the meaty element in the seitan and of course it has my vegan egg – but most importantly it tastes phenomenal,” he commented.

“This is one of the biggest achievements so far in my career,” Oakley said. The chef encouraged people to go and try the dish, noting that if it is “a success” it could become a permanent menu item.

The Avant-Gard’n will be available at Wagamama’s London Noodle Lab and in its Cardiff restaurants.