Vegans are a notoriously unpopular lot. They have pissed off the likes of Jamie Oliver, because apparently he doesn’t it like it when people scream at his customers for eating his meat-based meals; chef Gianfranco Vissani recently referred to vegans as a “sect” adding “I would kill them all.”

Worse, vegans can become unpopular not only with non-vegans for their apparent ‘preachiness’ but ironically also with other vegans for not being ‘preachy enough’. It’s a real conundrum.

If you do not meet the exacting standards demanded by your peers who would like to see you smashing the bottles of cow’s milk on people’s doorsteps, protesting in a bustling city centre and outside slaughterhouses, and openly refusing to eat in any venue which serves meat, are you even a real vegan?

According to Vegan Activism, “[t]o fight a war [against the exploitation, torture and murder of animals] we need an army. It is not enough to be vegan.”

Thing is, this divisiveness, other-vegan-shaming and imposition of standards which some may wish not to meet can only serve to deter people from joining the vegan movement.

If you don’t want to go on marches and shout at meat-eaters, should you even bother going vegan?

Actually, yes. There are all different kinds of activism. Cambridge dictionary defines activism as “the use of direct and noticeable action to achieve a result, usually a political or social one.”  In other words, activism consists of efforts to promote, impede, or direct social, political, economic or environmental reform or stasis with the goal of improving society.

Activism does not exclusively take the form of public demonstration. While some might believe that a true vegan must actively fight for the cause by means of protesting and educating as many people as possible, and telling other vegans to act in this same assertive manner, others prefer to keep their life choices closer to home – and that’s okay.

The Canadian government has set to eliminate dairy as a food group because of people’s choices in the supermarket: the items you take to the till are a form of activism, because it is being noticed. This positive change in Canada follows demand for more plant-based alternative, evident by the recent valuations of the plant-milk and cheese industry, set to reach a combined $8.7 billion by 2023. At the end of August, UK leading supermarket ASDA encouraged a 7 day vegan challenge, clearly influenced by their selling trends. The example set by many athletes and people in positions of influence as also being noticed by wider society and encouraging a move towards a plant-based diet – they’re making waves without even partaking in protests.

Protest do of course play their part too. A vegan protest in Trafalgar Square on Saturday (August 26) saw fake blood-covered activists pretending to be human meat to draw public attention to the issue. Tomorrow in the UK is the annual ‘Official Animal Rights March‘ and it’s set to be an incredible demonstration. 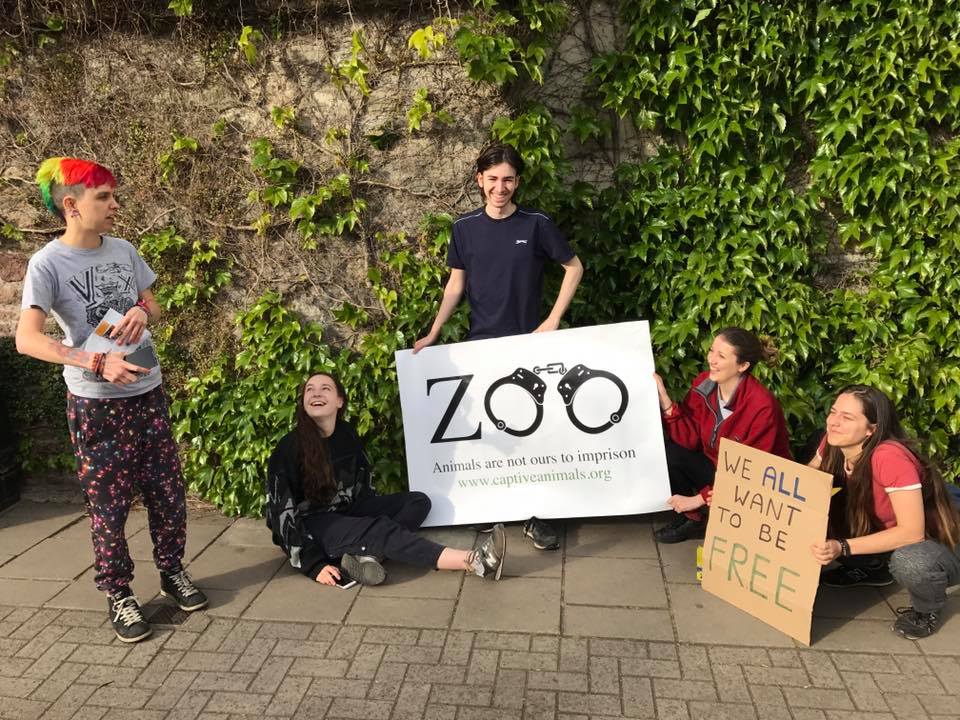 Admittedly, some argue that public protests and ‘pushing views onto others’ is ineffective; the defensive psychology of those being ‘preached to’ often means that protests are met with offence and irritation rather than open-minds and ears. But ultimately, whether the man you hand a leaflet to reads it or not, whether you partook in the protest march or just read about it afterwards, you shouldn’t ever feel inadequate.

If you’re fully vegan, transitioning, or even considering it, you’re doing something incredibly worth-while whether you feel the need to protest publicly or not.

So, if you get yourself to vigils all the time, if you partake in demonstrations, hand out leaflets on the streets, attend marches, kudos to you, and keep up the commitment to the cause. But if you don’t and would rather lead by example and the daily choices you make – and not your voice – that’s great too.

Never feel like you’re not making a difference, because every day on a plant-based diet has a significant and rippling positive effect.