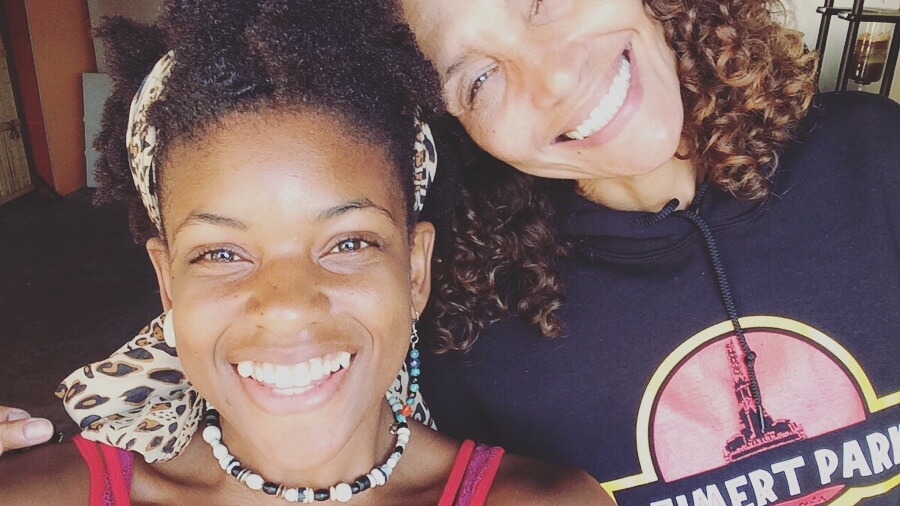 Olympia Auset, the founder of grocery store SÜPRMARKT, is using plant-based food to disrupt some of America’s most deeply rooted systemic racism.

“As white residents moved away, supermarkets followed,” Civil Eats explained. Racist lending practices meant that many Black members of the community were not given loans from banks to start their own businesses. Lee described South L.A.’s neighborhoods as a “food swamp,” typically perceived as high-risk and low-reward.

“There’s a lot of food there, but it’s not good for you,” she said, referring to the area’s many fast food restaurants and liquor stores.

Growing up, Auset herself commonly ate fast food and TV dinners. During her time at college, she began discovering the role of racism within the food system. She decided to go vegan, explaining that food is a way for any individual to make an immediate impact. “All of us have a choice of what we put in our mouth every day,” she said.

Here are glimpses from SÜPRMARKT this past Sunday. Leroy Hamilton (@photoham) stopped by and took some epic photos, and our friend from one of our favorite photos from the past, @joss_the_boss_vegana stopped by to update on her vegan journey. She looks awesome! ? #visiontheater #visiontheaterla

She founded her business in 2016 with the goal of making it “easy and affordable for people to eat well” and to help free communities from their label of “food desert” – defined as urban areas with a lack of affordable or good-quality fresh food. “Food is a tool that can be used either for oppression or liberation,” Auset told Civil Eats.

She keeps costs down by sourcing produce directly from farms. Auset is the only full-time employee, assisted by her three part-time workers and 20 volunteers. SÜPRMARKT has no brick-and-mortar location; instead, Auset sets up colorful tables and boxes of budget-friendly organic food – like greens, peppers, coconuts, and bananas – once or twice a month at parks and community centers. She also offers weekly produce delivery to help those who cannot make the trip. Since its inception, SÜPRMARKT has served up more than 2,000 cases of produce.

SÜPRMARKT’s non-profit foundation SÜPRSEED creates engaging, culturally relevant experiences that encourage sustainable vegan living. Its events, workshops, and screenings unite the “brightest champions for fair food with communities that need it most,” the company said in an email to LIVEKINDLY.
SÜPRSEED’s first screening is on January 23. For those interested in donating time, money, or groceries to the cause, click here.