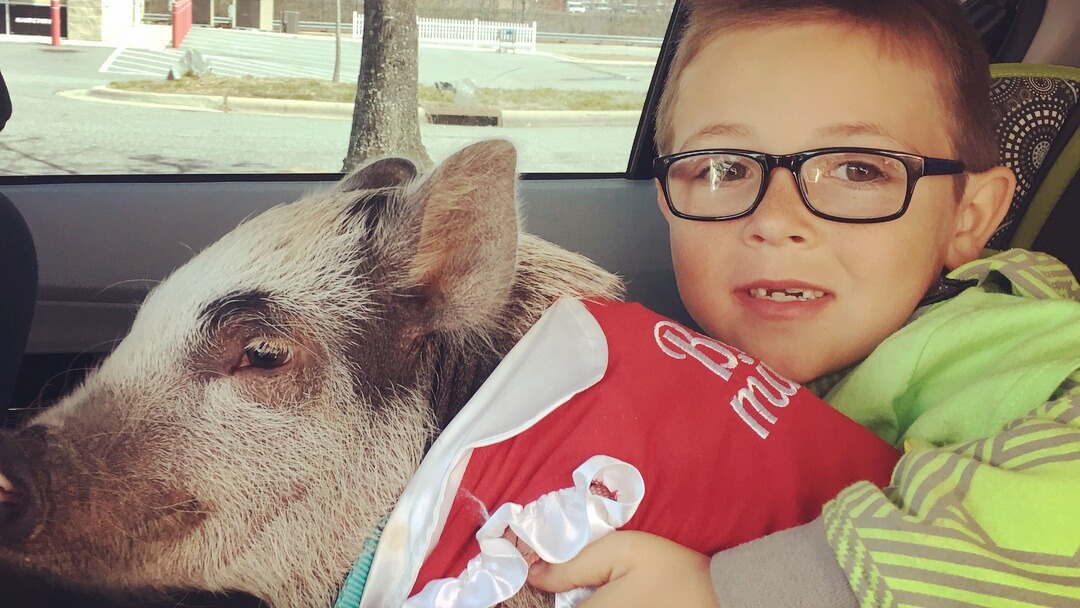 Evan LeFevre, a vegan Youtube star and activist known as “VeganEvan,” is the eight-year-old Floridian rapping about animal rights across Hawaii.

When he was just five, LeFevre chose to go vegan after learning about where his food was coming from. Since then, the young activist has continued to spread the word. He recently spoke at Oahu’s third annual VegFest, where, according to West Hawaii Today, he reminded others about where their food comes from. “It’s so gross to think that milk is a cow’s breast milk and honey is bee vomit,” he said.

Yuki Takahashi, a Waimea resident, wanted the young speaker to share his passion on Hawaii’s Big Island too, so he started a fundraiser to facilitate this.“I really wanted more people to be able to meet Evan,” Takahashi explains. “I think he is going to be a key player in a most positive social movement.”

Due to the fundraiser, LeFevre was also able to share his thoughts on veganism, animal welfare, and environmentalism at the Conscious Culture Café in Hilo, Sweet Potato Kitchen and Bakery in Hawi, Sea Dandelion Cage and Awa Bar in Honokaa, Under the Bodhi Tree in Mauna Lani, and Herbivores in Kailua-Kona.

I’m heading to Hawaii in the morning!!! @aveganchildsjourney & I are guest speakers at @vegfestoahu this coming Saturday, October 13th!!! We are so excited to share our message with everyone there!!! @veganevan is heading to #hawaii !!

The child, who was crowned PETA’s Cutest Vegan Kid in 2016, hoped to “plant some seeds” in the minds of Hawaiians, and encourage other local children to partake in the 22-day “Let’s Try Vegan!” challenge.

But LeFevre has a unique way of getting his message across: through rap songs, which he believes are a good way to “connect with people.” A lyric LeFevre performed at Sweet Potato Kitchen said, “I don’t eat meat, I don’t eat eggs, I don’t eat anything with legs.” A second rap said, “Hey my friends, I’ve got something to tell. I’ve got tips that will help you stay well.”

LeFevre has also spoken at major events in Florida and California, including the Central Florida Earth Day and Animal Liberation Conference. According to his mother, Shannon Blair, “He was the only kid invited to speak on a panel at the What the Health & Cowspiracy Conference in San Francisco… and the National Animal Rights Conference in L.A.”

The young activist is also co-president and spokesperson for Animal Hero Kids, a nonprofit organization based in Stuart, Florida, and partakes in Anonymous for the Voiceless street activism.