Marisa and Sonya Osonphasop’s family has a long history working the coconut industry, dating back to the 1930s when they got their start trading whole coconuts. In 1976, they built Thailand’s first coconut milk plant under the name Chef’s Choice Foods Manufacturer Company. It exports canned coconut milk products worldwide to this day, but Sonya and Marisa found new ways to innovate the crop the family has been working with since the first half of the 20th century. Nature’s Charm is the world’s first vegan sweetened condensed coconut milk.

It’s a passion project for the Osonphasops — the family was vegetarian for 23 years and went vegan ten years ago.

“We always managed to find a way to eat yummy food and so we want to show everyone that you can enjoy vegan food without compromising your taste buds,” Marisa tells LIVEKINDLY.

Inspired by their love of food, animals, and the planet, the sisters have innovated new ways to use coconut. For Marisa and Sonya, it’s all about finding the best way to replace animal ingredients with plants.

“We have always loved cooking and baking and our dream is to recreate a veganized version of all the foods we used to love pre-vegan days. We hope that everyone will choose the same cruelty-free way of life,” explains Marisa.

While there are multiple options to choose from for vegan baking for eggs, butter, and milk, the sisters noticed that there were still gaps to fill. In 2014, they introduced the world’s first commercial Sweetened Condensed Coconut Milk after two years of product development and 29 versions.

Traditional condensed milk is made by removing the water from cow’s milk and adding sugar, resulting in a thick, gooey texture and sweet, creamy flavor that lends itself well to desserts like caramel and fudge. According to Marisa, the product helps “complete bakers’ dreams”

“We have so many happy messages from customers telling us this is a total game changer and that they have been able to make and enjoy the desserts they haven’t had since turning vegan,” says Marisa.

“We receive lots happy comments from families that are now able to make treats for a family member who is allergic to dairy,” says Marisa. “Many customers tell us they eat it with a spoon!”

In 2015, the sisters followed it up with another specialty baking ingredient, Evaporated Coconut Milk. Like condensed milk, traditional evaporated milk has 60 percent of the water removed, leaving a rich texture. But, it’s free from sugar.

Another new sweet product is set to launch by the end of the year, but according to Marisa, it’s staying under wraps. But, she hinted, “it will be a very delicious coconut-based treat.”

It’s the positive feedback that keeps the sisters motivated to innovate new products that are challenging to find on the market. The brand created coconut whipping cream, made from full-fat coconut cream, virgin coconut oil, and a hint of vanilla. It’s also as easy to use as chilling the box, pouring it into a metal bowl, and whipping it up.

Customers sometimes even teach them new things about their products.

“Thanks to our customers, I learned that we can create a very simple no churn vegan ice cream by mixing 1 can of sweetened condensed coconut milk and 3 cans of coconut whipping cream together,” says Marisa. “I never thought making a delicious creamy ice cream could be this easy, without an ice cream maker.”

Sweetened condensed milk and evaporated milk are key ingredients in many desserts, such as tres leches cake, a Spanish sponge cake soaked in three types of milk. While plant-based milk can be substituted, the end result is lacking the creamy consistency brought on by condensed milk’s thick texture. The recipe below makes use of all three of Nature’s Charm’s signature products. 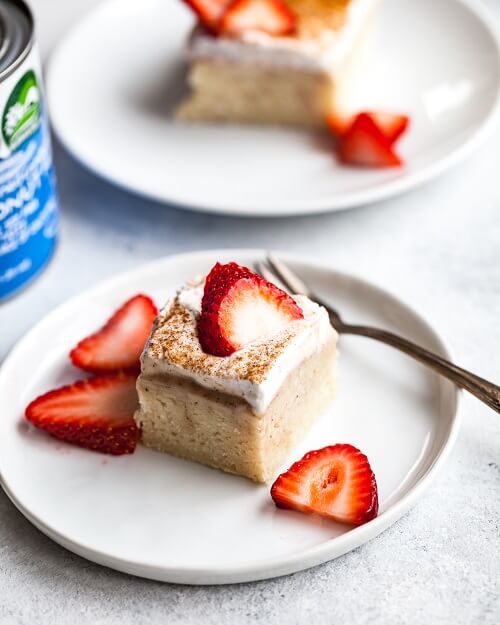 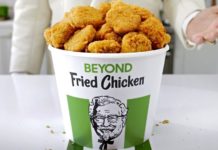 KFC Is Launching Vegan Beyond Fried Chicken In 50 California Locations 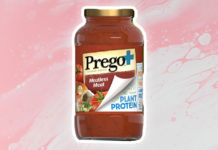