Hamilton is now the most successful driver at the British Grand Prix, surpassing former Formula One champions James Clark and Alain Prost with his most recent win.

“It’s been the single most incredible feeling and most special moments an athlete can have,” he told the Guardian when asked about how it felt to win on home soil. “I come here and I look at all this incredible support. They always ask you how much does it lift you up and it’s a huge amount of energy but a lot of weight comes with that, a lot of responsibility.”

He continued, “people buy merchandise and flags and you just want to deliver for them so much. I really just wanted to deliver and, when you achieve something like today and you see all those British flags, one day I will look back and have a picture of me in the car with that flag and I will always to be able to look at that and smile until my dying day.”

Hamilton is at the top of his game. In October, he won his fifth world champion title; he’s the third driver in history to have five or more world titles. 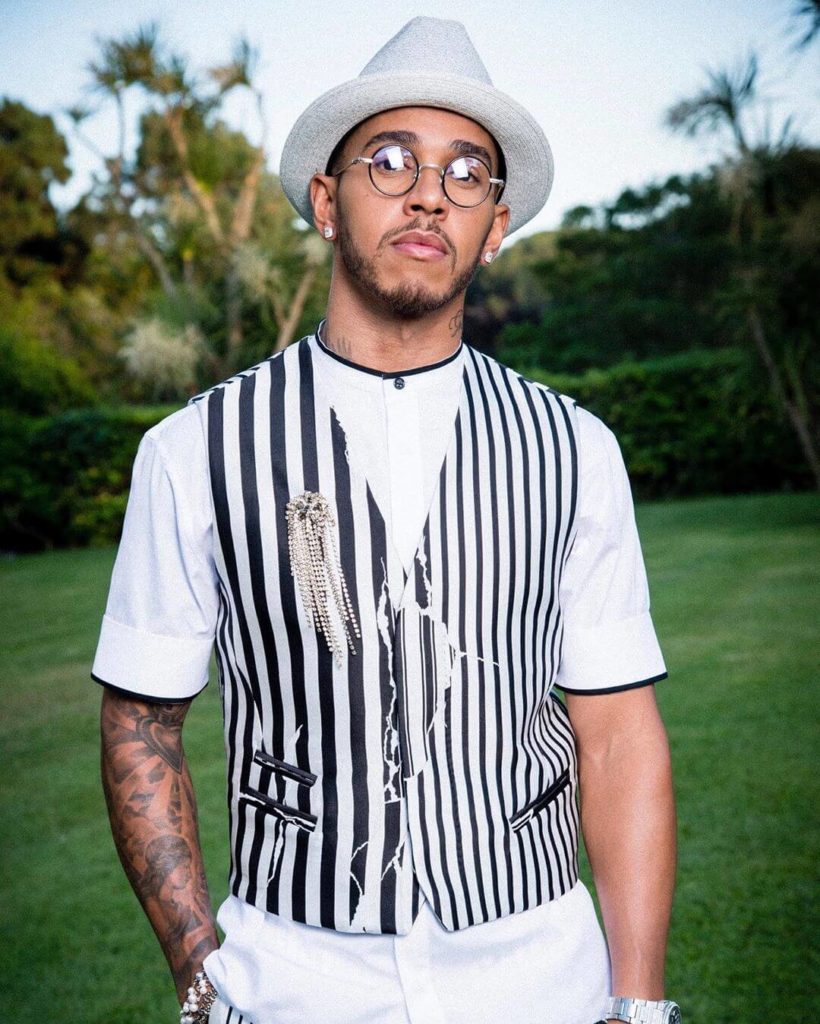 He initially ditched animal products after watching 2017’s “What the Health.” Speaking to CNN last year, he said, “I do feel the best I’ve ever felt in my life, in my 32 years, physically. I feel incredibly clean and healthy.” He added, “[There are] things I see my friends eating, and I used to eat it, but now I feel sick because I have read about it and have read some of the science.”

The athlete is also passionate about animal rights and recently said on Instagram that animal cruelty “pains his heart.” He has spoken out against animal agriculture, whale hunting, and updated his Instagram Bio to read “plant-based diet. Love animals.”