The Mercedes driver’s victory is being hailed as a strategic win for the team.

“Mercedes decision to pit their driver a second time gave Hamilton a decisive advantage he exploited brilliantly,” the Guardian noted.

“Hamilton and Mercedes had expected their car to be strong on the slow and medium-speed corners of the Hungaroring. The Red Bull [Verstappen], however, was also clearly in excellent form through [t]he frequent direction changes of the Hungaroring with their strong aerodynamic package. But although Verstappen had the advantage in qualifying, in race pace Mercedes were on top.” 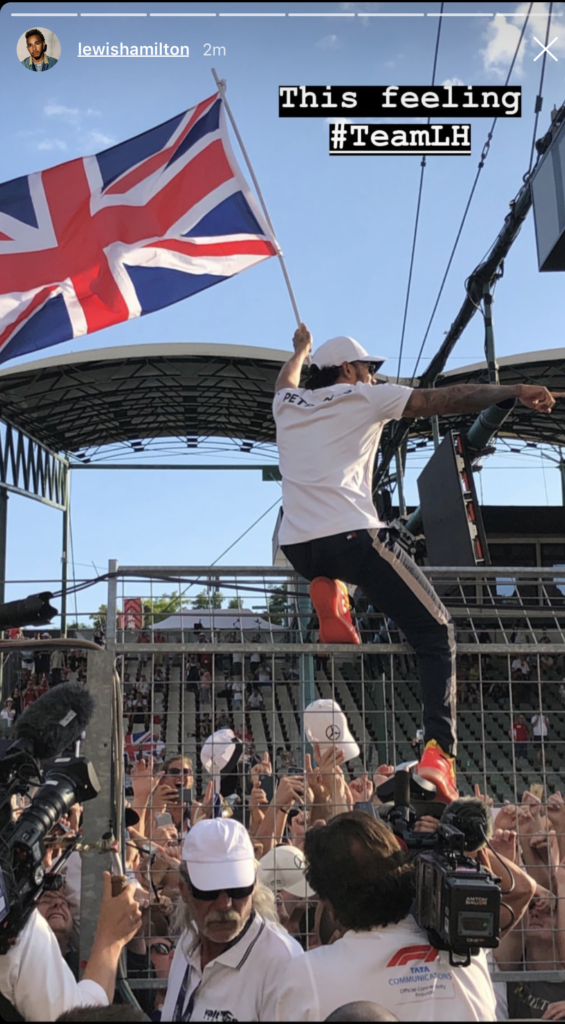 Hamilton is having a record-breaking season — his best in more than a decade.

“My first season was pretty strong – the first nine races I was on the podium,” Hamilton told the Guardian recently.

“Since then I don’t recognise another season being as strong as this one, having the seven wins. All the years at Mercedes we have maybe had 10 in a season but never seven in the first 10 so it definitely is an outlier and something we are really proud of,” he continued, noting that the road to a sixth F1 championship remains a challenge. “But we have to keep our head down and keep pushing.”

The Formula 1 driver credits his vegan diet for improving his performance, boosting his energy, and increasing his recovery time. Hamilton recently signed on as an executive producer for the forthcoming documentary “The Game Changers.” The film is produced and directed by Academy Award winners James Cameron and Louie Psihoyos. It follows elite power athletes including Hamilton, to disprove the myth that meat, eggs, and dairy are necessary for performance. The film also features tennis star Novak Djokovic who recently won the Wimbledon men’s title beating Roger Federer in a match hailed as one of the all-time greatest. Djokovic also produced “The Game Changers.” Hamilton recently cited Djokovic as one of his inspirations for going plant-based.

“Just look at Djokovic,” Hamilton said in a recent interview, “that little bit extra that’s there, that people are reluctant to look in to…”