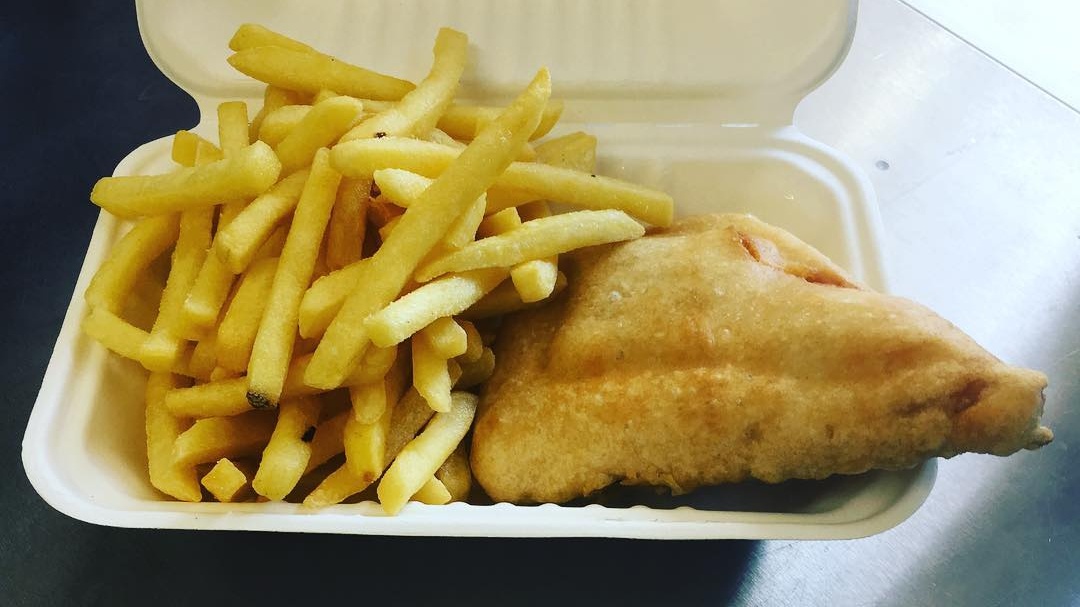 A new vegan fish and chip shop “Veg’n Out” has opened in the coastal town of Broadstairs, on Kent’s Isle of Thanet.

According to local news source Kent Live, the Goodwin family, who have been vegan for more than a decade, launched Veg’n Out as a catering company last August. In addition to serving vegan fish and chips, the restaurant will offer plant-based meats like nuggets, burgers, drumsticks, and bacon as well as housemade baguettes, rolls, waffles, dairy-free cakes, and other baked goods.

“A couple of years ago my sister and I did a Tough Mudder. Out of the catering trailers the busiest one was the vegetarian one,” said Stacy Goodwin, who will run the shop with her son, sister, and parents. “We thought this is a really good idea so we ran a catering trailer in Canterbury for about a year.”

Just to let everyone know, we are cash only at the moment! X

Eventually, the family settled on opening a restaurant in Broadstairs. “We are the first vegan chip shop currently in Kent – the nearest one is Hackney, and it’s not run by vegans,” Stacy added, referring to the Sutton and Sons location that switched to a completely plant-based menu last month.

“We have never done anything like this before, it’s a bit scary but exciting,” she continued. “We hope to be successful but also to show that times are changing and people are waking up to the fact meat and dairy are no good for you.”

Across the UK, more individuals than ever before are consciously choosing to reduce their consumption of animal products. According to recent data, the number of vegans living in the UK has surged by 700 percent in just two years. Additional data from The Grocer shows that nearly 8 million Brits are already eating meat-free diets while 25 percent reported wanting to reduce their meat consumption over the next year.

“Hopefully we can get the word out that you can have fast food that doesn’t have to come from an animal, and it’s obviously healthier as the vegan diet is cholesterol free,” Stacy added. “You can be vegan and have nice fast food.”