Vegan Fashion Week returns to Los Angeles next month. A celebration of the ethical strides made by the industry, the Second Edition aims to go beyond just that. The theme, Fashion is Activism, shines a spotlight on a discussion that’s becoming increasingly louder in today’s industry.

The first Vegan Fashion Week took place in Los Angeles last February and made waves, attracting attention from the likes of Vogue and the New York Times. But Emmanuelle Rienda, founder and creative director of Vegan Fashion Week, wants to make an even bigger impact. 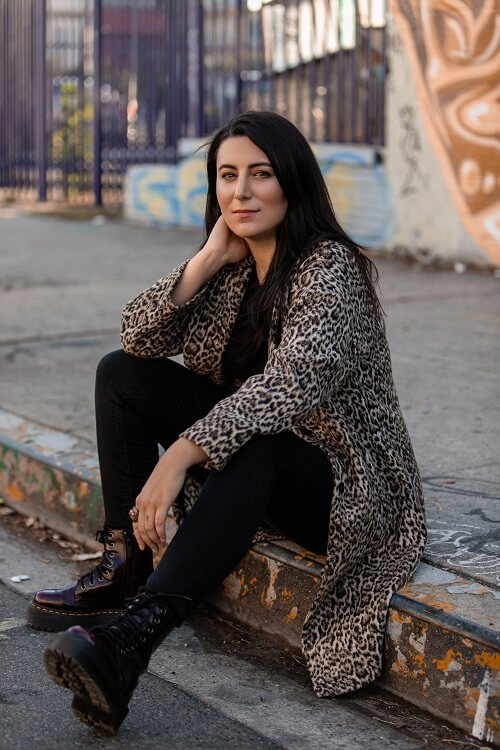 The France-born founder moved to the U.S. in 2008. She opened her own fashion showroom, LE FRENCHLAB, a public relations agency based out of Los Angeles. Rienda found success in working with well-known French clients. But in 2016, the longtime vegetarian connected with veganism. Learning about the dairy industry had a lasting impact that would spark her move into sustainable vegan fashion.

“I felt hypocritical,” Rienda tells LIVEKINDLY “I felt that everything was wrong in my lifestyle because I thought I was doing good being vegetarian, but I was representing French designers that use a lot of leather, and wool, and animal products in their collections, selling them in department stores, and promoting them in magazines. All my life seemed very hypocritical.”

There was no hesitation in doing what she thought was right: “This was a huge change in my life in 2016 and I decided there was no way I could keep doing that. So, I decided to close my showroom.”

The change wasn’t immediate. Rienda spent two years “soul-searching” for her place. She joined vegan activist groups and participated in direct action. One protest at a slaughterhouse led to the arrest of more than 30 activists. “It was horrific,” says Rienda. “And I could see that the justice system was really protecting this industry and illegal practices. That really shook me to the core.”

But, she still didn’t feel aligned with activist groups. Rienda thought that she could put her fashion background to good use to bring veganism to a mainstream audience. “We need all kinds of activism because different groups can touch people in various ways,” she explains.

She began styling celebrities and Disney Channel stars, educating them on the ethics of vegan and sustainable fashion. But, it still wasn’t enough. “I wanted to launch a conference,” says Rienda. So, she did. The Future of Fashion Conference, founded by Rienda herself, took place in Los Angeles in October 2018. And it was a success. Right away, the idea for Vegan Fashion Week came to Rienda. In three months — between November 2018 and February 2019 — she hustled and made it happen, not knowing how it would be received. Once again, Rienda had a hit. The fashion world was ready for Vegan Fashion Week.

“It’s my goal to reach mainstream brands — of course I also include vegan brands, but it’s different,” Rienda explains. “I don’t need to convert them, my goal here is to grow their sustainability.” 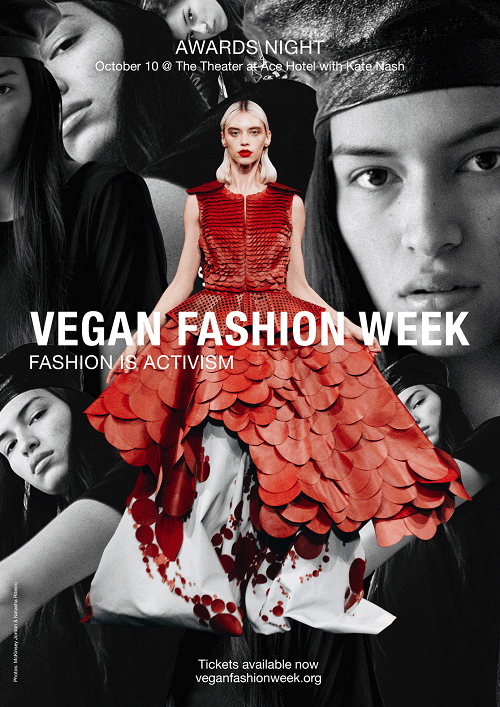 Vegan Fashion Week makes the case for fashion as activism.

Just as mainstream fashion isn’t a showcase of animal-friendly clothes, vegan fashion isn’t always the embodiment of sustainability. That discussion lies at the heart of the theme for the Second Edition of Vegan Fashion Week: Fashion Is Activism.

“To me, vegan and sustainable fashion need to work together,” says Rienda. “That is the ultimate answer — you cannot be one or the other.”

All brands — vegan or not, sustainable or not, are welcome to Vegan Fashion Week. “Even though we are called Vegan Fashion Week, we are inclusive to everyone because we cannot lie to ourselves about the society we live in. Designers are facing challenges with both veganism and sustainability,” she says.

Vegan fashion, she says, despite the absence of environmentally-damaging leather, isn’t always the most sustainable. PU (polyurethane) and PVC (polyvinyl chloride) are still common substitutes for leather.

She acknowledges that sustainable materials are becoming more readily available. The fashion landscape is changing. Vegan leathers made from pineapple fibers, apple peels, and mushroom mycelium are making their way into mainstream collections from Chanel, Hugo Boss, and H&M.

Vegan World, the first vegan fashion trade show, follows the runway showcase. For Rienda, Vegan Fashion Week is an activist movement. But she still seeks to educate. More than 60 booths representing brands and designers from across the world will be present at the event, which takes place at the California Market Center in LA’s Fashion District.

“I want to go to the heart of the industry and talk to leaders, suppliers, the mainstream audience, and change their ways,” says Rienda. “I want to create a world where everything is cruelty-free, from, the fashion you wear, to the beauty products you put on your skin, and the food you eat.” 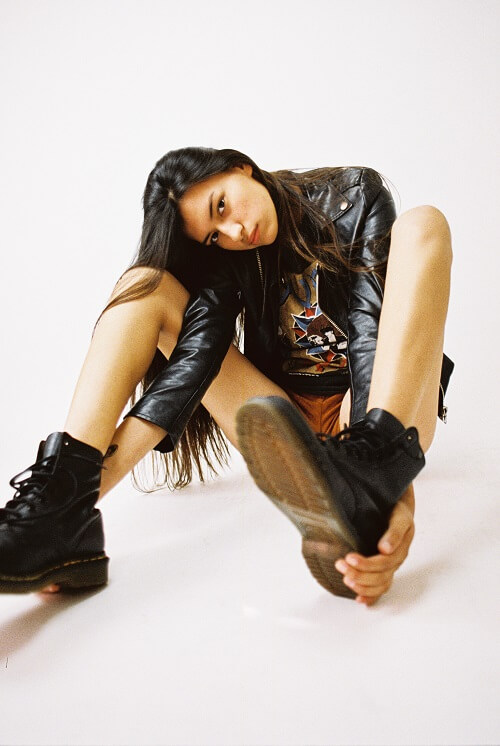 At the center of the fashion industry is exactly where Rienda wants to be. The Second Edition of Vegan Fashion Week kicks off at the Theater Ace Hotel in Los Angeles on October 10 with a night of fashion and music, including a performance by recording artist and star of Netflix’s “GLOW,” Kate Nash.

Beyond the runways, Downtown Los Angeles is a hub for tourism. The Theater at Ace Hotel, where Vegan Fashion Week takes place, is a historical theater built in 1927, prized for its ornate Gothic cathedral-style architecture. It’s blocks away from the Grand Central Market, home to the all-vegan ramen joint, Ramenhood, famous for its noodles topped with a realistic vegan egg.

You can also sample all the vegan eats that nearby neighborhoods Silverlake and Echo Park have to offer, including Beelman’s, the “vegan In-n-Out” aka Monty’s Good Burger, Sage, Bulan Thai, Mohawk (mostly vegan), ELF cafe (vegetarian), Floré Vegan, and the fully vegan Counterpart Deli. If you have a sweet tooth, stop by dairy-free soft-serve joint Yoga-Urt, grab a giant vegan cinnamon bun from Cinnaholic, or a classic donut from Donut Farm. You can even swing by the PETA headquarters to say” hey” if you want!

Downtown is also a short drive from Highland Park, LA’s hippest neighborhood. Be sure to hit up York Ave on Tuesday nights for vegan taco trucks parked outside of Block Party. Highland Park is also home to LA’s best new vegan hotspot, German beer garden Hinterhof. It’s a must for dinner or brunch. And speaking of brunch, head down to Kitchen Mouse on Figueroa for a full vegan English breakfast, baked goods, and delicious coffee. Or, just swing by Donut Friend and grab a pastry (or two, or three).

All three neighborhoods are also great spots for eclectic Airbnbs or vacation rentals. You can also cozy up at the ACE Hotel Downtown. The beach is nice if you want to be close to the water; Erin McKenna’s Bakery in Santa Monica not only serves up the vegan baked goods (they’re all gluten-free, too) but it also serves vegan pizza and lunch items. The left coast’s favorite health food store Erewhon has locations in both Venice and Santa Monica, so you can stock up on all your vegan eats no matter where you’re staying. And be sure to check out celebrity chef Matthew Kenney’s Plant Food and Wine on Abbot Kinney for some vegan fine dining.

Vegan Fashion Week takes place at the California Market Center in Los Angeles from October 10-15. Get your tickets here.