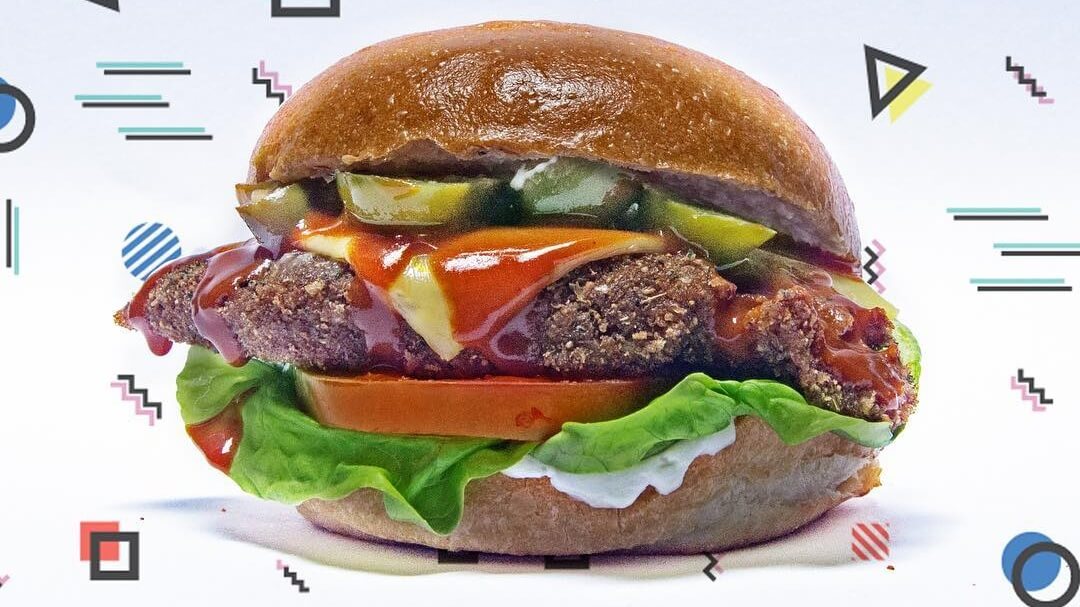 New Cambridge vegan burger joint “DoppleGanger Burger” is on a mission to shake up the UK fast-food scene with vegan burgers that are really, really, really ridiculously good-looking. Yes, you read that right.

The 28-year-old founder and designer-turned-chef Alfy Fowler, who, joking aside is not at all like Derek Zoolander apart from his talent, began the concept as a series of vegan burger pop-ups in December 2017. A string of success led to DoppleGanger Burger taking up residence in the hidden cocktail bar “2648” last January. Now, Fowler is creating his own vegan fast-food restaurant, after becoming frustrated with the often dry, crumbly veggie burgers available elsewhere. The new eatery will operate quickly, like a traditional fast-food joint but a glance at DoppleGanger Burger’s social media shows that the food will look amazing, thanks to Fowler’s eye for design.

Speaking to Cambridgeshire Live, he said, “When I first turned vegan it was really to explore a new way of cooking. After a year and a half I was getting fed up of dry and crumbly burgers, so set about creating something which is plant-based, bursting with flavor and has a bit more bite.”

Hooray hooray for its Humpday ?And what could make this day even better but our almighty ‘Classic’ burger ? It’s a firm favourite amongst our regulars! #cambridgefood #vegan #veganfoodshare #instafood #veganburger #burger #eatmoreplants #plantbased #vegansofldn #vegansofig #vegansofcambridge #humpday #foodblog #vegan #dopplegangerburger#bestofvegan

The upcoming Cambridge vegan fast-food joint will have customers order on iPads at the front of the store and the open plan kitchen in the center of the floor will allow people to watch their food being made. A mock-up design of the floorplan shows bright, turquoise counters and tabletops with dusty rose walls. “It will feel a bit like a McDonald’s,” Fowler said. “But only because the food is cooked so fast.”

“My main aim is to make it easier for people to enjoy vegan food without feeling like they are making a sacrifice,” he added. “I don’t want it to be fine dining, the plan is just to create somewhere which offers good food in an informal setting.”

Unlike in McDonald’s restaurants, the food at DoppleGanger Burger will be cooked fresh, to order. The menu will feature three set burgers, plus one seasonal option that changes every four to five weeks. According to the site, the majority of the burgers feature a housemade “dopplepatti” or a vegan fried chicken filet.

Fowler aims to have DoppleGanger Burger’s brick-and-mortar store ready for a soft launch by December.