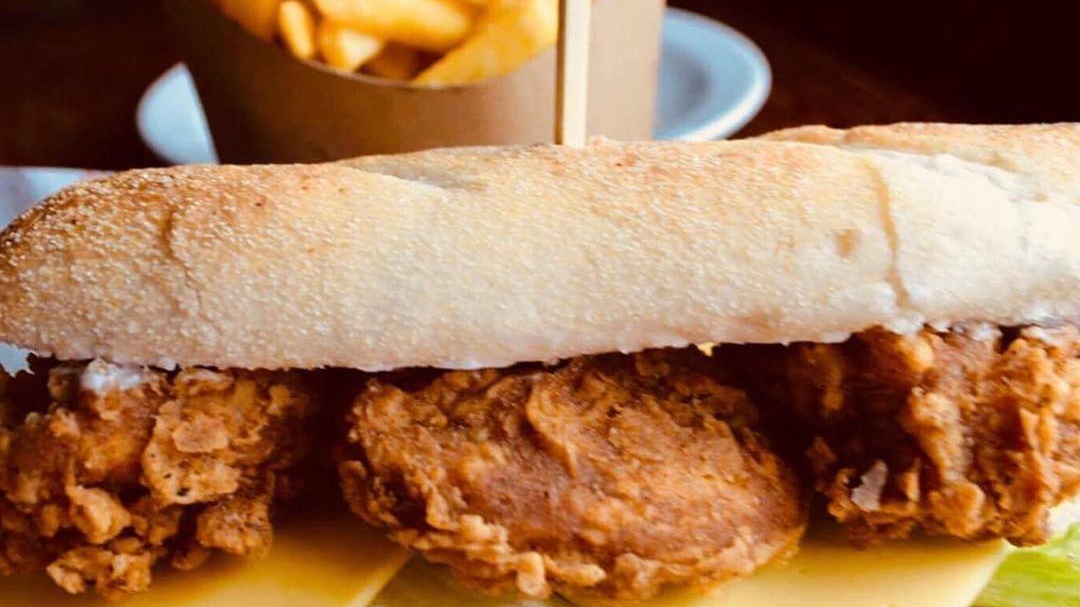 Newcastle upon Tyne has its first vegan takeaway restaurant. Called Junk It Up, the comfort food-focused restaurant offers plant-based fare to satisfy the craving for late night munchies.

The restaurant, which opened last February, is the creation of Vicky Tate. She was inspired to open Junk It Up after she found herself unable to satisfy her craving for vegan junk food. The restaurant offers customers burgers, fried chicken, kebabs, pizza, and loaded fries, all free from animal ingredients.

“Walking past a KFC, or a kebab shop, I’d think wouldn’t it be amazing to have a vegan version of that type of food,” Tate told local new source ChronicleLive. “It’s definitely high on the list of things vegans miss.”

We are open as usual until 9pm tonight for all you junk food needs!

“Who doesn’t want a kebab, burger or pizza after a night out, or sat in front of the TV on a Saturday night? We wanted to break away from the stereotype that vegans just eat salads,”  Tate continued.

Junk It Up makes its vegan chicken and shawarma using “fricken,” a house-made plant-based meat made from soya protein. The vegan fried chicken comes served in a bucket a la KFC while kebabs are offered in the flavors Bourbon BBQ, Tandoori, Doner, and Southern Fried. According to Tate, it took her six months to perfect her plant-based kebab recipe. “It’s challenging, but that’s half the fun. We love seeing people’s faces when they eat with us for the first time,” she said.

Tate’s customer base isn’t exclusively vegan. Junk It Up attracts a number of returning omnivore customers who simply love the flavor.“They really can’t believe how tasty and authentic the food is,” she said. The restaurant’s famous “Munch Box” is one of the most popular items, featuring vegan crispy fried chicken, Bourbon BBQ kebab, fries, and dip.

For vegan and vegetarian customers, it brings them back to foods that have been sorely missed in Newcastle. “There’s also an excitement about having food that you thought you’d never have again.”

Having captured the demand for vegan comfort food in Newcastle, Tate says that business is doing well. Junk It Up now offers its indulgent plant-based eats on delivery and she would eventually “love” to open additional locations.

Image Credit: Junk It Up