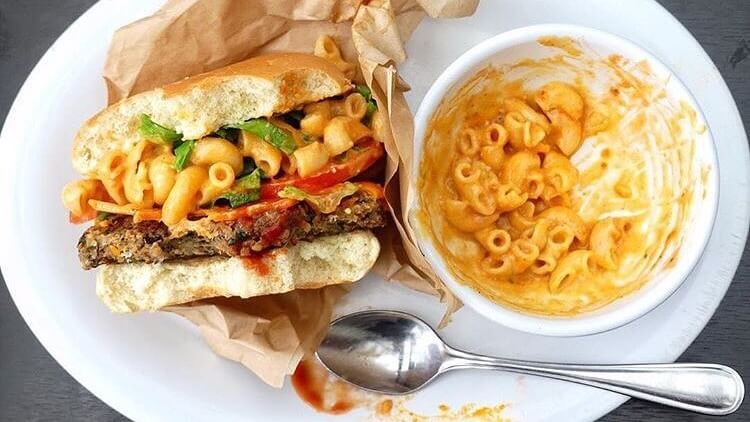 Vegan fast-food chain Veggie Grill will open its first New York City location in the Flatiron district next year, the company notes on its website.

Veggie Grill announced it had big expansion plans in 2016 after securing more than $22 million in funding.

“We’re up and down the West Coast today, from San Diego through Seattle,” Veggie Grill CEO Steve Heeley told Marketplace last year. “But over the next few years we do want to bring our brand to the East Coast and throughout the country Midwest, for sure.”

Despite the chain’s name and its vegan menu, it doesn’t cater to vegans or vegetarians.

“Well interestingly enough, you know, we do attract vegans and vegetarians,” Heeley said, “but about 80 percent of our guests don’t consider themselves vegan or vegetarian. They’re what we call ‘veggie positive’.”

Beauty is in the eye of the bun holder ? via @vegnews

Veggie Grill appears to be making good on its expansion promise. After opening in Boston and Chicago, it’s expecting a summer 2019 launch in New York. Like other vegan fast-food chains including Next Level Burger and by CHLOE. the chain will likely open several locations throughout the tri-state area, particularly as the demand for vegan and vegetarian food options increases.

In particular, one super fan is sure to be excited by the news. Filmmaker Kevin Smith has become outspoken about his love for Veggie Grill in recent months, even asking the chain to open up across the Hudson from New York in New Jersey. The actor, writer, producer, and director switched to a vegan diet after a massive heart attack to help him lose weight. He frequently posts to Instagram and Twitter from the restaurant, having recently bumped into fellow celebrity Jeff Goldblum at a Veggie Grill. While on location in Canada, Smith took a six-hour road trip to Washington to load up on Veggie Grill food.

Just this week Smith reported that he has dropped below 200 pounds for the first time since high school, crediting his plant-based diet and frequent meals at Veggie Grill for the loss. “Congrats,” Veggie Grill Tweeted back to the filmmaker. “We are honored to be a part of your journey!”