Summertime is fast-approaching. It’s time to dig your summer clothes out of the closet and start roadmapping which vegan festivals you’re going to hit up this year and get ready to eat all the (vegan) food.

Festivals are arguably some of the best parts of having warmer weather, especially when they’re packed with vegan food — this year’s Coachella got it right by bringing plenty of delicious vegan options to the table. It’s an experience that indulges the senses with the tastiest and most Insta-worthy food that’s free from animal ingredients.

And what better place to seek out festivals than out west? Not only do you get the sunshine (California), but also in close proximity to some of our country’s most beautiful national parks. Some of the best vegan food the country has to offer, fun, and nature — what more could you ask for? Not much.

Festivals are fun, but remember to pace yourself and come prepared to deal with long lines in the sun — experienced attendees can tell you that it’s part of the festival experience. Be sure to have a bag packed with all the essentials you’ll need — vegan sunscreen, SPF lip balm, hydrating face mist, and a hat and sunglasses — because staying safe and hydrated is just as important as having a good time. Bonus points if you bring your own reusable water bottle, cutlery, and containers to reduce your carbon footprint even more.

Get your PopSocket ready to take a lot of drool-worthy food photos. Here are the best vegan festivals to hit up on the west coast this year. 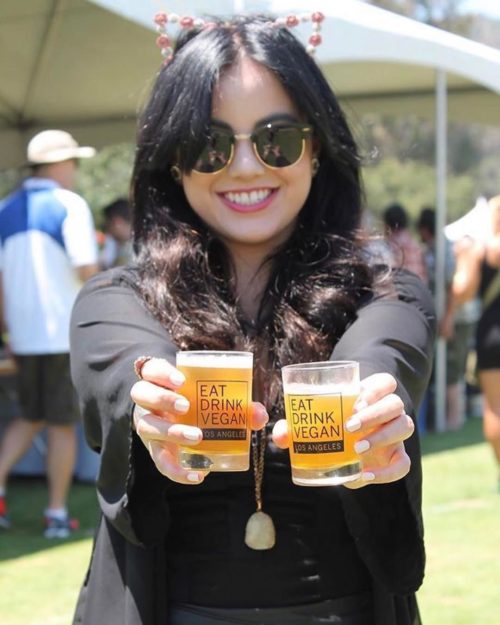 Celebrating its 10-year anniversary, Eat Drink Vegan returns to Pasadena, Calif., for the ultimate day of plant-based food and of course, vegan drink. Kicking off during the first official week of summer, this year’s festival will feature more than 100 vendors from around the world serving up the best vegan fare. A ticket also gives you access to unlimited pours of 250+ beverages including craft beer, wine, and cider from Arrow Lodge, Sage Bistro Brewery, Modern Times, Flying Embers, and many more.

Don’t drink? Don’t worry. You’ll also have kombucha and craft soda to choose from thanks to Big Leaf Bucha, Fine Feathers, Dr. Hops, and other brands both local and international.

EDV also features the new CBD Village to chill you out, plus a marketplace, culinary stage, yoga, a 5k run, and exhibiting brands.

The VIP tickets will give you early entry to the festival, access to an all-day fast pass (no dealing with long lines!), a VIP lounge with exclusive drinks, and priority sign-up for Drunken Lotus wine and yoga. Eat Drink Vegan takes place on June 22 at the Pasadena Rose Bowl.

Get your VIP tickets here. 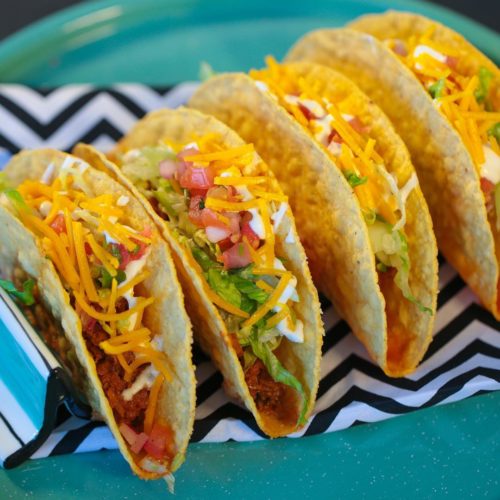 The Las Vegas Vegan Taco and Beer Festival is Nevada’s first-ever vegan beer fest. Kicking off in Sin City, the event is a collaboration between local vegan Mexican eatery Tacotarian and Tacos & Beer Restaurant. The festival will showcase more than 100 kinds of beer from local craft brewers like Able Baker and CraftHaus as well as plenty of sweet and savory vegan Mexican food to munch on.

Author Kathryn Hartwig of Vegas-based blog Vegans, Baby, an online plant-based guide to the city, says the Takis elotes — yes, vegan elotes topped with chili-lime mayo and spicy Takis queso fresco — from Tacotarian are a must-try. It’s thanks in part to the work of Vegans, Baby founder Diana Edelman that Vegas is an up-and-coming hotbed for vegan food and drink.

The Las Vegas Vegan Taco and Beer Festival takes place on May 4 in the Tacos & Beer parking lot at 3900 Paradise Road.

Get your tickets for the inaugural event here. 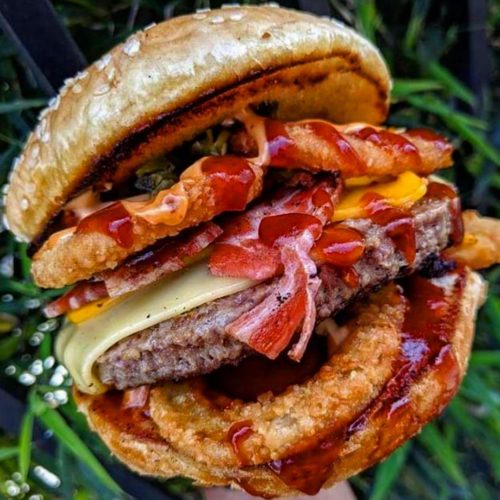 The SoCal VegFest is celebrating its fourth year running with plenty of vegan food, drink, and entertainment. Taking place in sunny Orange County Calif., the two-day festival aims to celebrate and educate all things related to healthy, eco-conscious living. This year’s vendors have yet to be announced, but past events have included vegan burgers, stacked sandwiches, dairy-free ice cream, tacos, and more. You won’t miss out on finding something delicious.

SoCal VegFest takes place on October 19 and 20 at the OC Fair and Events Center in Costa Mesa, California. 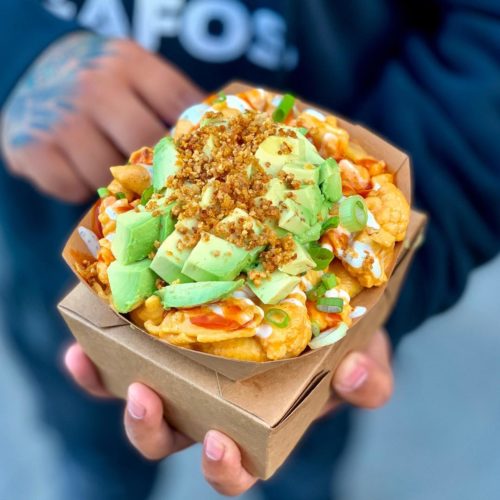 Orange County-based events company Plant Party People is kicking off Vegan Spring Fling with food, drink, live music, and games. Vendors include the Vegan Tamale Co., dairy-free mac from Avocadamama, Xochitl Vegan meatless asada and sandwiches, and artisan vegan cotton candy from Get Fluffed Up to get you in the festival mood.

Vegan Spring Fling takes place on May 19 at the Garden Amp in Garden Grove, Calif. 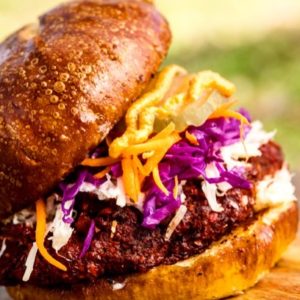 Reggae Vegan Fest brings good food, good music, and good vibes. Legendary reggae band Third World will take the stage, which will also feature performances from Empress Akua, Drifting Roots, and The Movement. The full vendor list has not yet been announced, but all food will be vegan.

The music-centered festival also puts a spotlight on how a vegan diet positively impacts the planet, animals, and personal health through talks delivered by doctors, athletes, and activists alike. 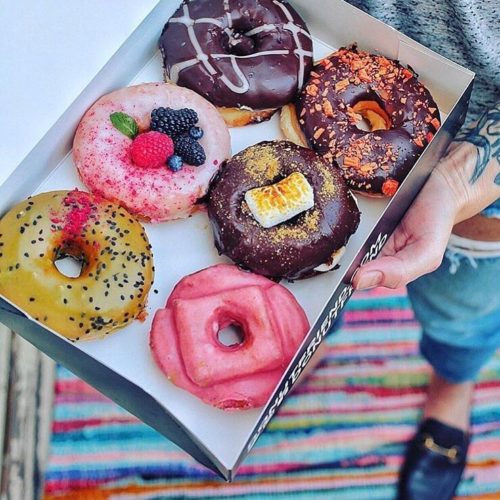 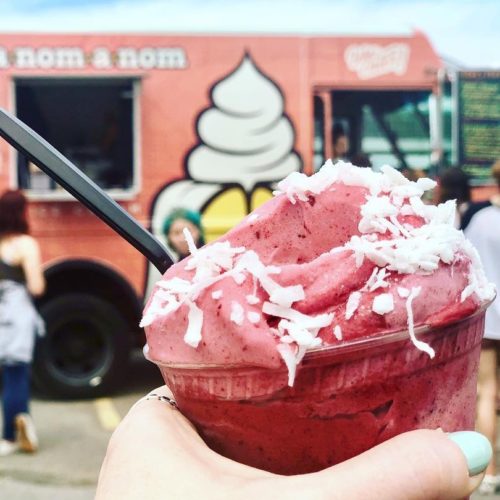 VegFest Colorado is a two-day event that brings together the best local vegan food and drink as well as renowned speakers to talk about all things related to conscious living. This year’s festival is partnering up with Eco-Cycle to eliminate as much waste as possible through reducing packaging, recycling, and composting. Vendors so far encompass vegan New York style pizza, dairy-free soft serve ice cream, baked goods, and meatless burgers.

VegFest Colorado takes place on July 27 and 28 at the 1st Bank Center on Broomfield, Colorado. 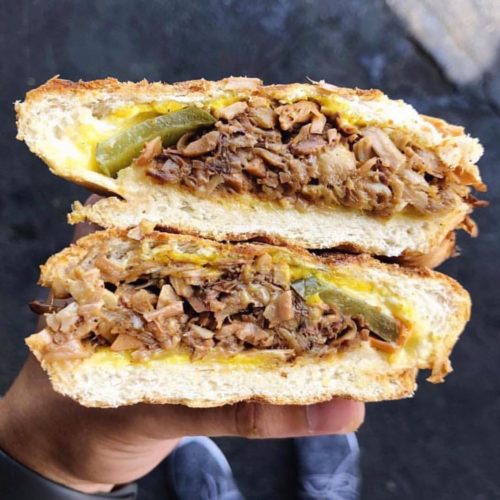 Vegan District takes place every Saturday at the Pike Outlets in Long Beach. Admission is free. For more information, visit the website. 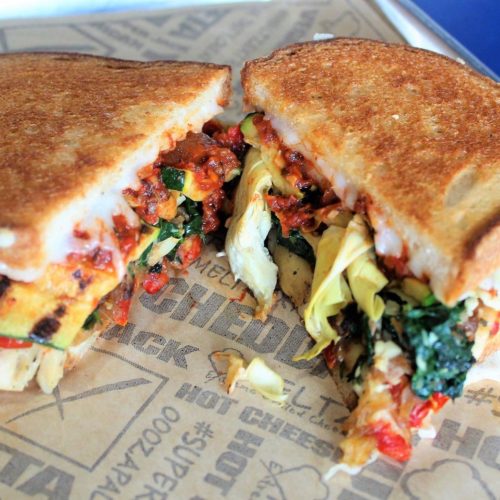