Looking for a meaty vegan main for your Christmas table? The Co-op has launched plant-based festive roasting joints.

Available in a pack of two, the new joints — wrapped in meat-free seitan-based streaky bacon — contain apricot and rosemary stuffing.

The UK supermarket chain has slowly begun adding more plant-based products to its shelves. Earlier this year, it launched its own-brand meat-free “bleeding” burgers and popcorn chicken. In some stores, it offers vegan ready meals including BBQ Pulled Jackfruit.

For Christmas, the chain is offering a selection of vegan nibbles — including an Indian Style Sharing Selection — ideal for a festive gathering. Vegan mince pies are also available from the supermarket for just 90 pence.

“When the shops are busy at Christmas, it’s tempting to stock up on food for the festivities early. But what if you find out last minute that one of your guests for a party or the big day is vegan?” the company said in a statement. “At Co-op, we’ve got you covered for all the trimmings, making sure nobody’s left out in the cold.” 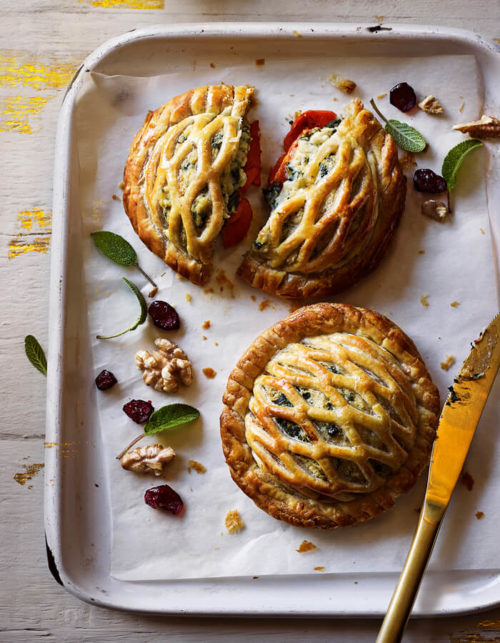 Across the UK, supermarkets are gearing up for Christmas. A number of major chains — including Tesco, Sainsbury’s, Waitrose, and Asda — have launched a range of vegan products in preparation for the big day.

Even furniture giant IKEA has removed meat from its festive menu in the name of sustainability. The company said in a statement, “as part of our commitment to supporting our customers to live healthier and more sustainable lives, we have decided to launch our first-ever ‘meat-free Christmas’ in our restaurants.”

It continued, “we know that Christmas dinners are an important part of the festive season. We really want to encourage our customers to try something new this year.”

Restaurant chains — including Frankie & Benny’s and PizzaExpress — have also launched vegan festive menus, and grab-and-go pre-packed vegan Christmas sandwiches are available in a number of stores, including Boots.

Co-op’s Vegan Festive Roasting Joints will be available to purchase from selected stores from December 19.