A couple of months ago a pro-vegan short film by Vidara Films called ‘Norm’ was uploaded to youtube and gained some attention on facebook. The 12 minute long piece depicts an alternate reality where there is no law stopping men from committing violent sexual acts against women. During the course of the film a ‘consensual’ has a frank discussion with his friend about the ways in which women are treated, how ridiculous it is to consider some women more worthy of respect than others and the fact that just because we consider something natural doesn’t mean it’s moral. It attempts to show the absurdity of eating meat by casting parallels between the two acts, despite praise from many vegans, the film is highly insensitive to many people.

The aim of media like this is to shock people. Undoubtedly the creators of the film were of the belief that people would start seeing meat eating and sexual assault as of equal moral depravity. Regrettably, the creators of this short film neglected to consider several elements of their choice of topic that has created the opposite affect, resulting in people feeling offended and aggrieved.

Firstly, in our current society we have a structured meat industry where animals are reared and killed away from the majority of the public. Not only do most people not personally kill animals so that they can eat them, but by the time it gets to their plates it is not in the form of a carcass. Even in supermarkets the source of most meat is unrecognisable with the exception perhaps of whole fish. Although people who eat meat are contributing to the industry they are removed from the act of killing, which is where the problem lies.

The topic that Vidara Films chose for comparison meant that the general public were in no way removed from the immoral act that they were committing. Veganism should be about education not shaming other people who have been brought up in a society where eating meat is totally acceptable. People don’t always have access to information that tells them any different. 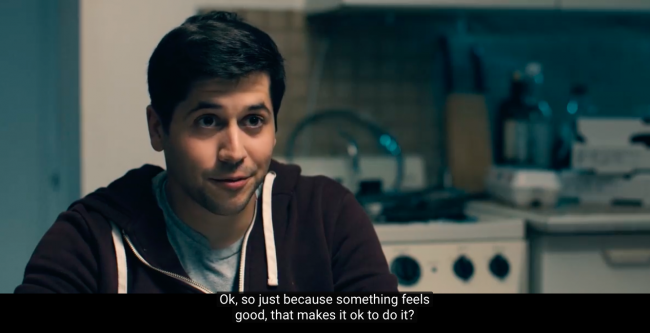 Secondly, it is offensive to survivors of sexual exploitation. We do not live in a world where the offence committed against them is legal, and the perpetrators of the act cannot be excused by being unaware of what is really going on. Although we do live in a society that makes it easier for men to exert power over women in this way and get away with it, the comparison is incredibly harmful especially as this is an ongoing issue for women today. It is much like comparing the farming of livestock with slavery when institutionalised racism is still very much an issue at present.

By the same token, the creators have not considered just how much triggering language they use in the film and don’t even provide a trigger warning before the film starts. Although there is evidence in the description on youtube as to what the film will be about, the description itself could be very harmful to someone suffering from PTSD. In addition to this, there is no indication as to the content of the film when it appears on Facebook. It even features a detailed description of the act which is quite unexpected and will likely affect everyone, not just survivors. 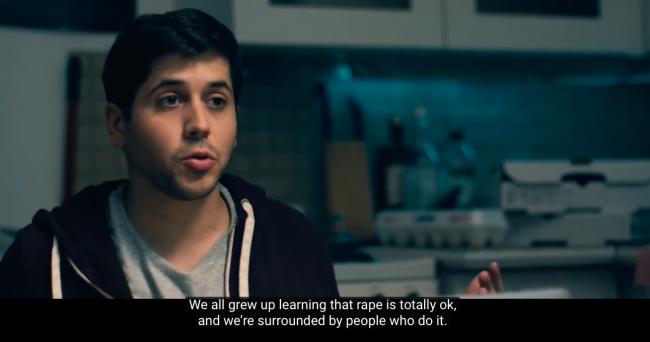 Not only is the topic content harmful but it is also a very exclusive piece of cinema as many people are either likely to be turned away from veganism or are simply unable to watch it due to past experiences.

This video throws into question the language we choose to use to discuss issues of veganism. Although using comparisons might help non-vegans make connections in their head that they otherwise would not, it is imperative that the vegan community remain as inclusive as possible as well as sensitive to other people’s experiences.

As a movement that aims to bring awareness about animal agriculture, we must make efforts to become aware of issues outside our own agenda.