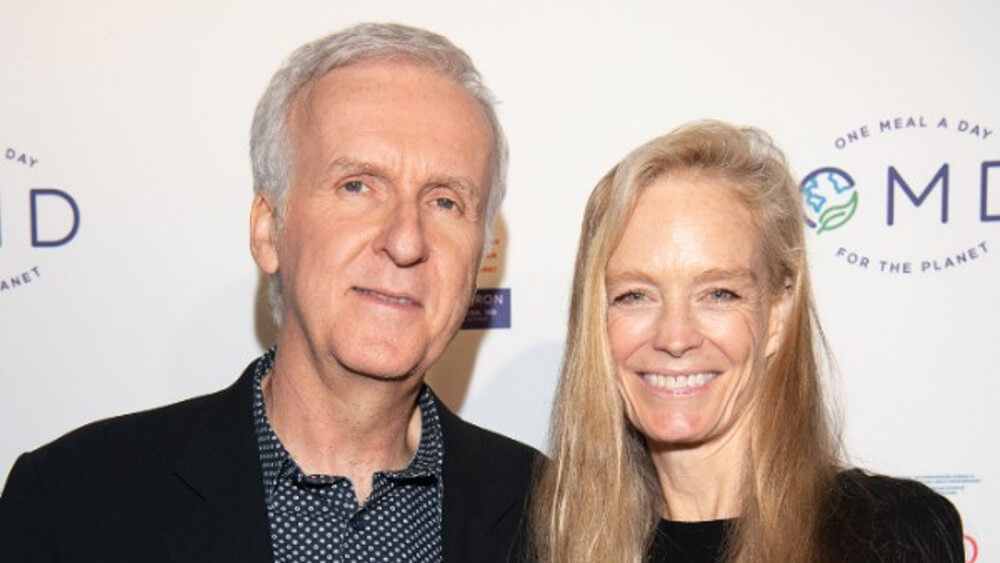 Cameron was a humble host at the launch of Suzy’s first book: “One Meal a Day: The Simple, Plant-Based Program to Save Your Health, Save Your Waistline, and Save the Planet.”

The Camerons went vegan six years ago after watching the 2011 documentary, “Forks Over Knives.” Longtime environmentalists, the couple found themselves haunted not only by the global impact of factory farming but also by the health risks linked to meat and dairy consumption.

For Suzy, who also runs the private MUSE School in Calabasas, she was horrified at what damage she may be inflicting on her unwitting students at lunchtime. Taking a bold step, she turned her school vegan, too. It’s what launched the “One Meal a Day” concept. The book’s ethos encourages going plant-based for one meal a day — a move that can save up to 200,000 gallons of water per year and reduce carbon emissions equivalent to a cross-country road trip’s worth.

What a night! Thank you to all our friends who came out to @Crossroads celebrate the release of the OMD book coming out 10/23! There’s still time to pre-order a copy and start your OMD journey. More in our bio. Photos: Jose Perez & Brandon Hickman

“This is all just a big bummer because we need our protein,” Cameron recounted his first thoughts about giving up meat to the rapt crowd. Cameron said he and Suzy, like millions of others, had been indoctrinated into a belief that humans “needed” animal protein to survive, before realizing it was as simple as “cutting out the middleman” and going to the plants for protein just like animals do. Like many environmentalists, Cameron had focused on other areas for years — industrial pollution, transportation, energy production — assuming there was little to be done in fixing our food system.

After cutting out meat, it became clear to Cameron that adopting a vegan diet was, in many ways, easier to do than some of the other environmental issues he’d long been focused on. Consumers have much more power to change what’s on their plates overnight versus policies or corporate practices.

Suzy took the concept being used at the MUSE school, which she runs with her sister and brother-in-law, and turned it into the book as well as a global “One Meal a Day” campaign.

Cameron was a bit skeptical at first. “I sat down to read her book in a cringy way,” Cameron said, “how do you tell your wife her book sucks?”

But he says he was happy to be so mistaken. “It’s a beautiful read, written from the heart.”

The book is now available for purchase.