The award-winning chippy now serves tofish, made from tofu and seaweed (to create a skin substitute), and finished off in batter before being fried in groundnut oil. To go with your tofish you can also have a side of vegan-friendly chips. 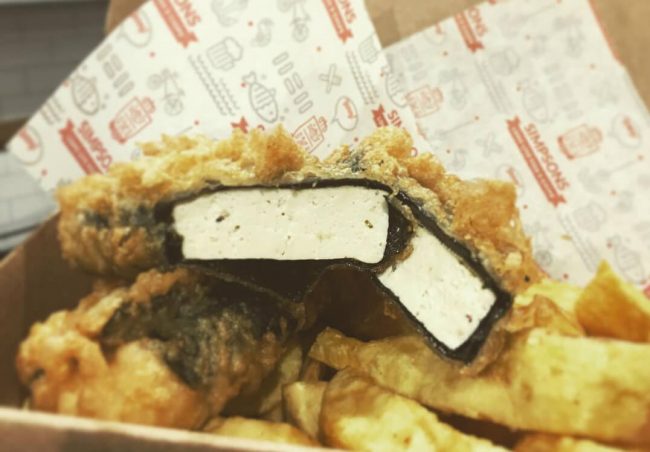 Within the first half an hour of the dish being available on the menu, more than 50 portions were bought. This is unsurprising as Stroud is known to cater for vegans well and seemingly has a generous vegan population.

Simpsons isn’t the first fish and chip shop in the UK to use this method to create a fish substitute. Matter Fastfood, a fully vegan takeaway in Bristol, also has tofish on the menu and they too use Nori seaweed, most commonly used for sushi, which not only creates a more authentic texture but also adds a certain ‘fishiness.’

Recent figures have shown that veganism is becoming more widely accepted in British society, and this addition to Simpson’s menu supports this.

After all, what’s Britain without good ole fish and chips?