The first time I encountered fish tacos was when I visited my brother-in-law in Los Angeles where he lives the high life with his girlfriend. They are both pescetarians, so when they and my flexitarian girlfriend ate “real” fish tacos I made up these vegan tofu fish tacos so that I could join in. Since fish tacos traditionally aren’t vegan I can’t say that I’ve tried many of them, but it seems as if they are usually served something like this, with a fruity and spicy very Californian touch.

The guacamole actually comes from another America trip that my girlfriend and I made a couple of years ago to New York. When I asked my followers for tips where to go and eat great vegetarian food (I wasn’t a vegan back then) one of the most frequent tips was to go to Rosa Mexicano and try the guacamole. Which we of course did, and boy we weren’t we disappointed! When we arrived the first thing the very service oriented waiter asked was if we were interested in starting off with some guac. Three minutes later a waiter rolled a small wooden table in front of our table filled to the brim with avocados, chopped tomatoes, cilantro, and onions and started to mix us the best guacamole I’ve had in my life in a huge molcajete.

Later when I returned home I discovered that Rosa Mexicano actually gave away the base recipe for their guacamole on their website (but now I can only find it on other pages), and since then it’s the only one I’ll ever need! So smash a few of these amazing tacos and channel your inner Californian Mexican, vegan style, coming all the way from Sweden! 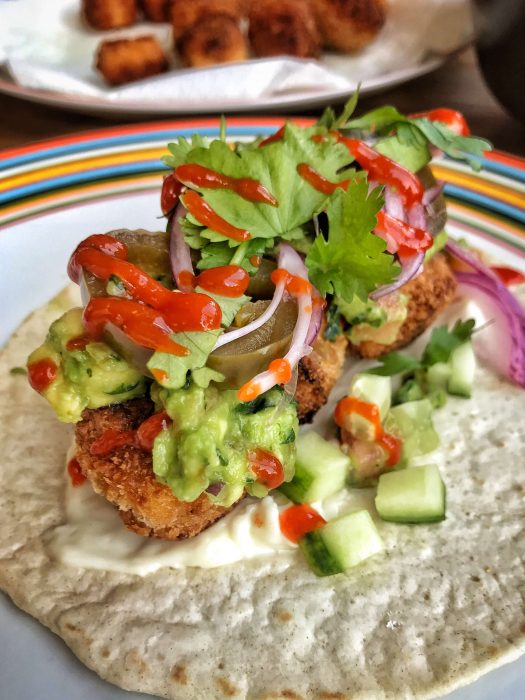 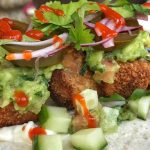 This recipe was republished with permission from Jävligt Gott.