Civil Eats reports that through HAPPY, Thomas has helped more than 15,000 children in schools from New York to Dubai.

Inspired to help children with diet-related health issues by her father — who suffered from type-2 diabetes but reversed the condition with a healthy lifestyle — Thomas initially founded the nonprofit in 2012.

The initiative began with a daycare program at the local YWCA — children were already there while their parents took GED courses, so Thomas swooped in on the opportunity to use that time for education.

“We saw a huge opportunity to work with these kids who were just sort of there, not doing anything, and have them do cooking classes with us,” Thomas explained to Civil Eats. “That was our foundation and where we gained a lot of our early experience.” 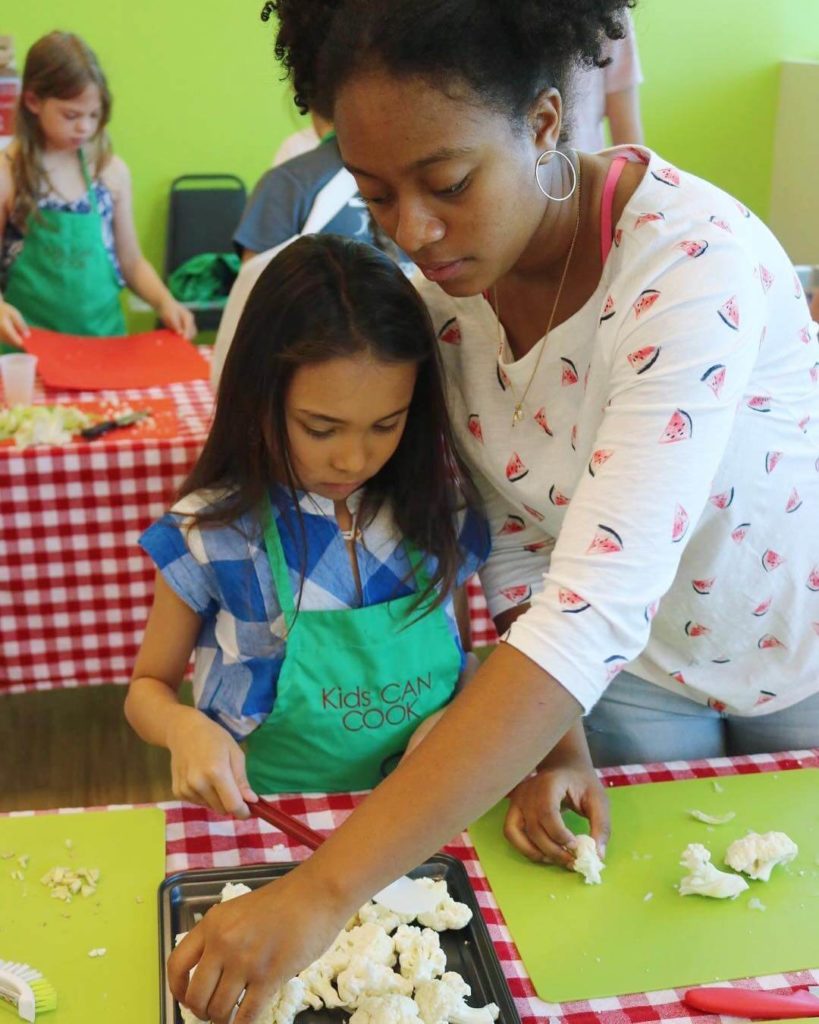 HAPPY teaches kids about the power of vegan food | image/HAPPY

HAPPY is now funded by Morton Salt and the Clif Bar Family Foundation. In New York, it has partnered with Harlem Grown to spread the healthy, plant-powered eating message.

HAPPY’s methods include “Sugar Shock” sessions, showing children just how much sugar is in popular junk foods and drinks.

The programme then teaches kids how to make healthier meals at home with natural ingredients. “Kids have a horrible perception of vegetables, so we really wanted to change that specifically and show them the benefits and how they can taste good,” said Thomas.

With a small team — Thomas, her mother, and a few volunteers — HAPPY can only spread its message so far. So the nonprofit is working on a new virtual program for teachers and community leaders the world over.

Can You Reverse Diabetes With Vegan Food?

Some studies show that type-2 diabetes can be reversed with a healthy plant-based diet.

Eric Adams, the Brooklyn Borough president, is living proof that the method works for some people. After he was diagnosed with type-2 diabetes, Adams avoided medication. Instead, he overhauled his diet, reversing his diagnosis within a few months.

Now he actively campaigns to introduce meat-free initiatives in public schools and hospitals across the city.

“I don’t want to become an annoying vegan,” he added. “My hope is that by having people focus on adding healthy things to their plates, rather than unhealthy things, they’ll eventually only have room for the healthy ones.”