Vegan food is more popular than ever and investors are paying attention. Since 2009, more than $16 billion has been invested into plant-based meat, egg, and dairy companies in the U.S. alone.

Following the news of Beyond Meat going public and seeing its share price boost by 163 percent, The Good Food Institute (GFI) released data showing the ever-growing interest in plant-based companies.

According to the new report, a large majority ($13 billion) of the $16 billion of investments in plant-based food companies were made in 2017 and 2018. More than half of plant-based company acquisitions have taken place in those years, too.

In the last decade, 19 vegan companies have been acquired, with 10 of them occurring in the last two years. The largest acquisition, which took place in 2017, was that of vegan milk brand WhiteWave Foods which was acquired by Danone for $12.5 billion. Dairy-free milk is a category of growing speed, acting as the largest and most-developed plant-based sector and making up 13 percent of the total U.S. retail milk market.

Should the vegan meat market gain the same attention, it could be worth more than $40 billion within the next 10 years, according to industry analysts. Beyond Meat’s IPO plays a large part in these estimations; its IPO is the largest in the U.S. in nearly 20 years and led to its valuation boosting from $1.2 billion to more than $3.8 billion. 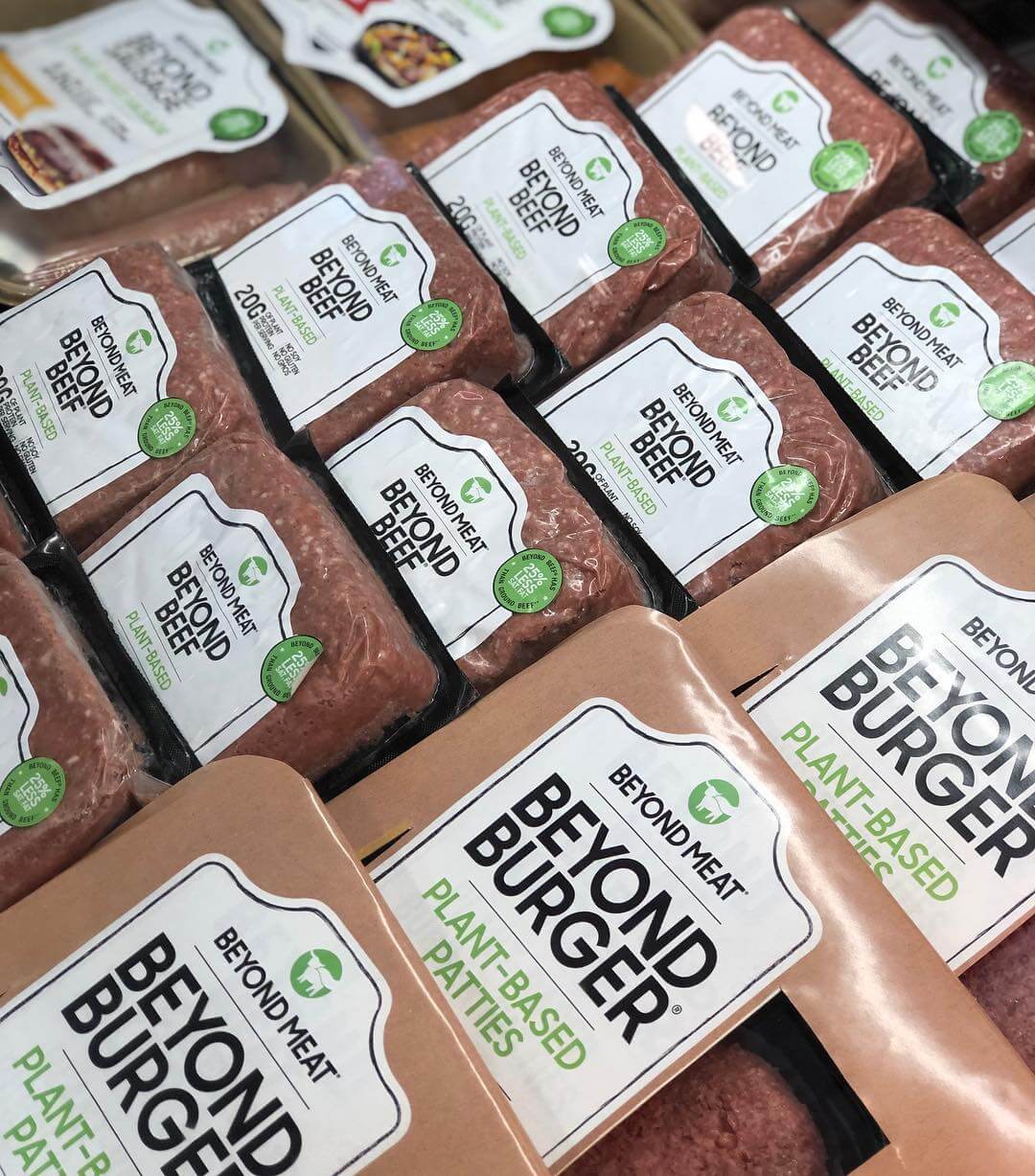 Beyond Meat is seeing growing success | image: Beyond Meat/Instagram

“Investors and entrepreneurs are capitalizing on a global shift in the way meat is produced. The market opportunity here is massive,” GFI Executive Director Bruce Friedrich said in a statement.

“Shifting consumer values have created a favorable market for alternatives to animal-based foods, and we have already seen fast-paced growth in this space across retail and foodservice markets,” he added.

GFI Director of Innovation Brad Barbera commented that product innovation, a greater emphasis on quality, and a shift in consumer values is inspiring momentum.

“There is still so much growth possible, and there are great opportunities that come with that,” Barbera said. “Investors and entrepreneurs recognize the vast market opportunity on offer to get involved while these industries take form.”