Shares of UK bakery chain Greggs have reached an all-time high this week, thanks in part to the restaurant’s meat-free sausage rolls. Per Bloomberg, Greggs shares have nearly doubled over the past year. The chain launched its vegan sausage rolls earlier this year to huge success.

“More people are coming. Awareness of the brand has never been higher and the vegan roll has helped with publicity and encouraging people to come and have a look at what we’re doing,” Whiteside told The Guardian regarding Greggs’ stock market success. 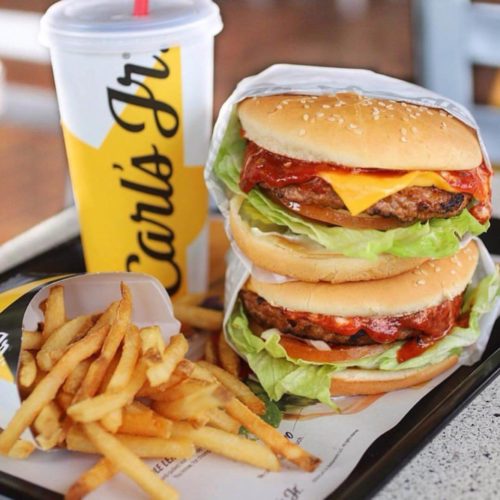 Beyond Meat, available at Carl’s Jr, made a big splash in the stock market

Vegan meat is gaining more mainstream attention in the US as well.

El Segundo, California-based brand Beyond Meat became the first plant-based meat brand to go public earlier this month. The brand is known for its realistic vegan meat products such as the Beyond Burger and Beyond Sausage, made to look and cook like the traditional versions. Its products are available in more than 30,000 outlets worldwide, including major chains like Carl’s Jr, T.G.I. Friday’s, A&W Canada, and Del Taco.

Shares jumped 163 percent on the first day — the biggest IPO in nearly two decades — and gained a 240 percent increase last Tuesday. Its stock has now nearly tripled, according to Bloomberg. The brand attracted a number of high-profile investors prior to becoming publicly traded, including Leonardo DiCaprio, Bill Gates, and Tyson Foods, the largest meat producer in the US, which sold its stake in the company earlier this month. Forbes noted that Beyond Meat is poised to be more profitable than Tyson.

Beyond Meat competitor Impossible Foods — maker of the Impossible Burger — is also looking to go public. The Redwood City, California-based brand announced that it raised $300 million in Series E funding round earlier this week, backed by celebrities including Jay-Z, Ruby Rose, will.i.am, and Serena Williams.

“We believe in self-reliance. Being ready to go public is a priority for the company because we need to be operating at the highest level of rigor. But we are not in a rush, nor are we announcing an IPO filing,” CFO David Lee told Reuters.

Following the launch of Beyond Meat’s IPO, experts predict that the vegan meat market could be worth more than $40 billion in the next decade.